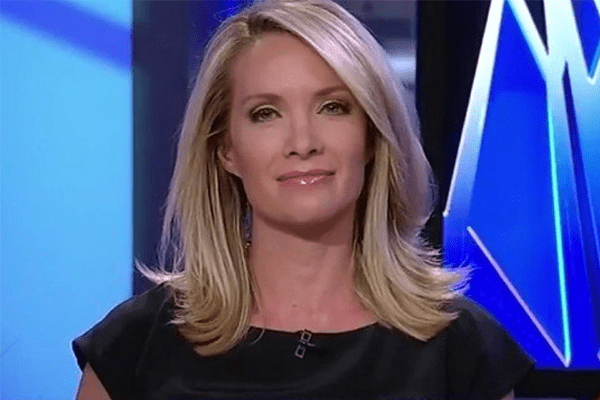 Dana Perino was born on May 9, 1972, in Evanston, Wyoming and spent her childhood in Colorado. She is an American by nationality.  She was born to parents Leo Perino and Jan Perino. She lives with her husband Peter McMahon in Manhattan. They own a dog named Jasper.

Dana Perino got her High School education from Ponderosa High School in Denver.  She was acclaimed to be a very dedicating student right from the beginning.  Dana got graduated from Colorado State University in 1993. There she earned a bachelor’s degree in mass communication and minors in both Spanish and Political Science.

Dana Perino has faced many ups and downs in her career lane. In November 2001, Perino worked as a spokesperson for the Department of Justice and served for two years. After that, she worked as the White House staff. There she secured the position of the associate director of communication for the White House Council on Environment Quality (CEQ). Her main job was to provide strategic advice on developing a message, public outreach, and media relations.

After that, she got appointed as a Deputy Press Secretary in 2005. Along with the role of Secretary, she also served as the spokesperson for the White House on environmental issues. Not only that, she also worked as a coordinator for all agencies on environment, energy and other issues related to natural resources. Then she got promoted to White House Press Secretary which was Dana’s major career leap. As a secretary, she worked from 2007 to 2009. Her tenure ended with the end of Bush’s tenure of the presidency.

After departing from White House, Perino started working as a political commentator for Fox News. Given all her hard work and experience, it would have been a wise choice for her to share those experiences with the students who are the future stars of the nation. And she did the same. She started teaching political communication at George Washington University’ Graduate School of Political Management. It was a part-time job, though.

Apart from all those political achievements, she is also an awe- inspiring author. Dana Perino books portray her real experiences of life. The style of writing and the expressions keeps the readers hooked when they opt for Dana Perino books. Also, when it comes to cost Dana Perino books are not heavily expensive so people do not really need to bother.  ‘And the good news is..: Lessons and advice from the bright side’ and ‘Let me tell you about Jasper…: How my best friend became America’s dog’ are the popular Dana Perino books which one must definitely read at least once.

Dana Perino does have a charming personality along with professional talents.  Dana Perino dating has never been much into the picture, not even before she got married to Peter McMahon in 1998. Peter is from England and he is a businessman by profession involved in the international marketing and sales of medical products. Dana is Peter’s third wife however, Peter is Dana first and only husband. Dana Perino married life is running smooth. Despite being married for too long, Dana Perino married life is yet to be filled with children.

Dana and Peter are loving couples and Dana Perino dating stories with her husband are prevalent on the internet. When they were dating everything went pretty fast, perhaps such things are not new when it comes to true love and stuff.  As a result, they got married in the short span of two years of their meeting. Dana met Peter in 1996. Dana and Peter both wanted to move to America because Dana wanted to go there. So, Dana Perino married life is filled with happiness and is pretty straight.

Long live the bread basket! Gluten-free diets may be tied to an increased risk of Type 2 diabetes - The Wash Post https://t.co/ZHIRqHxYqI