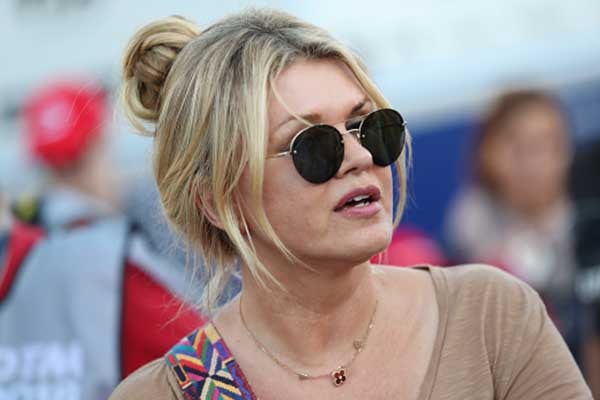 Michael Schumacher married a real-life superwoman. We publicly know about the Formula 1 race driver Michael, but very few of us know about this wonderful lady, Corinna Betsch aka Corinna Schumacher. Her loyalty and dedication to her husband are admirable.

Well, Corinna is more than what meets the eye. So, let’s look more at what we have about her.

Corinna Betsch is married to Michael Schumacher, a German racing driver since 1995. Corinna’s husband is regarded as one of the finest racing drivers in the history of Formula One.

Well, the couple met at a Ferrari party just before Michael started to become a race driver of the Italian Giant. Their relationship started after Corinna broke up with her previous boyfriend, Heinz-Herald Frentzen. 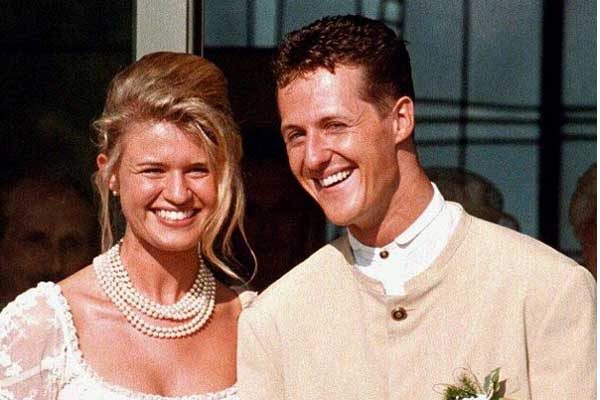 After 24 years of marriage, the bonding of Corinna and her partner is still striking. Image Source: Pinterest.

Eventually, the lovely couple of Corinna and Michael shared their vows on August 1st, 1995 in Kerpen-Mannheim. Even after being together for 24 years, Michael is a proud husband who boasts about not having any serious arguments with his spouse.

The couple experienced immense emotional turmoil after a tragic ski-accident of Corinna’s husband in 2013. Unfortunately, Michael suffered a severe head injury in a skiing accident in France. The horrendous accident left Michael in a coma for 6 months. 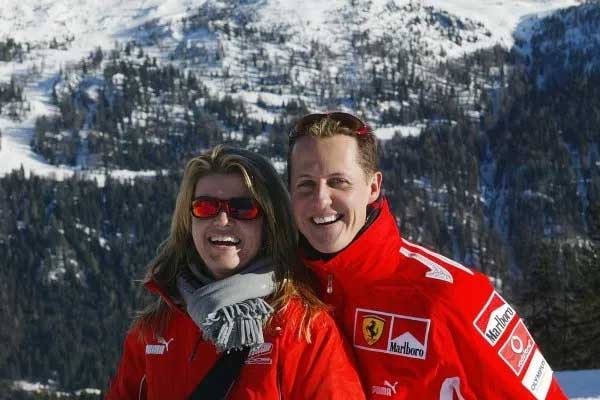 The courageous mother of two, Corinna stood like a pilar for Schumacher’s family and never broke down once. Image Source: Metro.

Despite the inevitable, Corinna Schumacher always stuck by her partner’s side. She never gave up on her husband’s recovery and stayed with him firmly as any good wife would.

Corinna Sued a German Magazine, Why?

Corinna’s lawyer sued a German magazine,  Die Aktuelle for a misleading  headline, “Corinna Schumacher – a new love makes her happy.” The story inside was about the relationship between daughter Gina-Maria and herself. However, the headlines did not match the context and as a result, she sued the magazine in 2015.

But the Hamburg Court dismissed the case it had been reported. The court decided that the headline was not misleading and not necessarily hinted at the split of Corinna-Michael ‘s duo.

The wonder woman, Corinna single-handedly is looking over her husband’s multi-million business empire.

The estimated net worth of the German horse rider and animal rights activist is $600 million. However, her net worth is referable to her husband of 24 years. 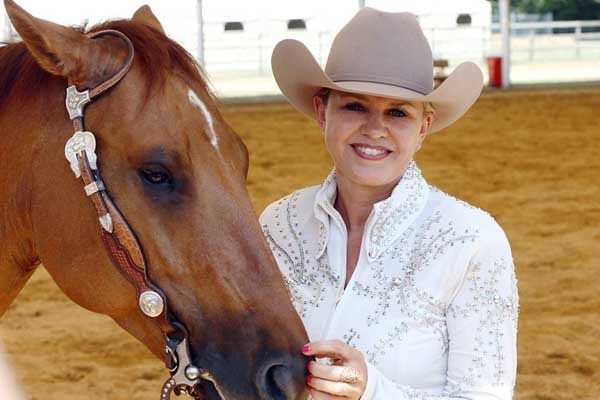 The couple owns ranches in Texas and in Switzerland.  On the 10th anniversary of their marriage, Schumacher gifted his partner a ranch in Texas, where she raised horses. The family sure is living comfortably.

Corinna thoughtfully sold their $25 million jet and holiday home in Norway after two years of the tragic event of her husband. She believed Michael would never recover entirely to enjoy those luxuries again. As of now, Betsch is looking after her husband’s empire alone while nursing her beloved.

Born in Halver, Germany, Michael Schumacher’s wife Corinna was a bundle of joy to her parents, Gabriele Betsch, and her father. Not much has been revealed about the extremely private personality’s birth givers but we can assume that she had wonderful parents. 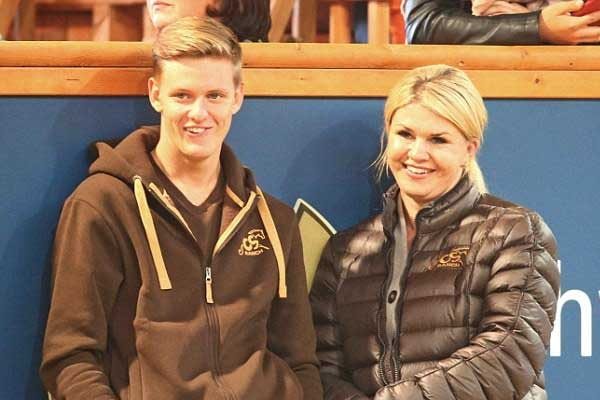 After marriage, she was welcomed warm-heartedly by her in-laws, Rolf Schumacher and Elizabeth Schumacher.  She is a single child and has two brothers-in-law.

Today, the beautiful Corinna has a family of her own. She gave birth to two adorable and extremely talented humans. She gave birth to her first child, a daughter, Gina-Maria Schumacher on February 20th, 1997. Maria is known to be a doppelganger of her father. She takes a lot from him and is very passionate about horses since childhood.

Maria paid a tribute to her father by performing in a Formula 1 themed horse riding competition held in Verona.

Maria is an elder sister to her brother, Mick Schumacher. Corinna gave birth to her second child on March 22, 1999. Likewise his sister, Mick is also making his father proud by following his footsteps. Michael Schumacher’s son Mick is on his way to becoming a legendary racer like him one day.

The Schumacher family fought the tragedy courageously and moving on strongly, without letting down their father Michael’s legacy.

Corinna Betsch was born on March 2, 1969, in Halver Germany. Feisty in nature, Corinna is an animal lover and always had been among them.

As a determined woman, Corinna is an accomplished horse rider and an avid animal lover. Michael’s wife, Corinna is also PETA’s ambassador. 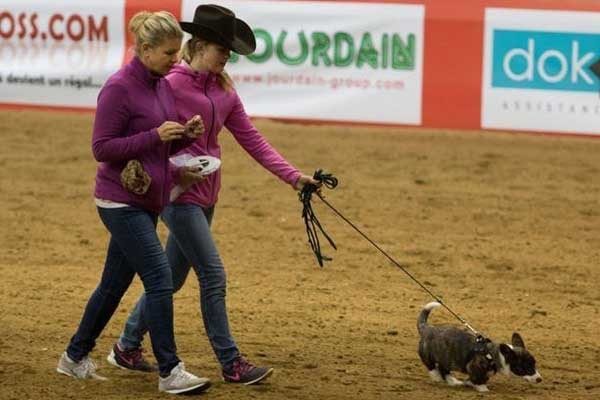 Corinna is an avid animal lover and fights for their rights. Image Source: Paris Match.

As of now, Corinna is living her life looking after her sick husband and his business. Michael Schumacher’s wife, Corinna endures all the rumors and questions regarding her husband’s health. Managing time between her career and her interests must be hard.

Hence, kudos to this wonderful woman and her courage, she’s doing a wonderful job as a mother and a business-woman. Let’s hope she continues to blossom in the coming days overcoming fears and bad omens.