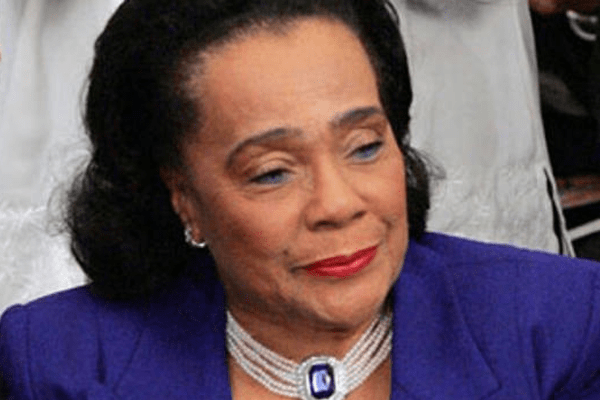 Coretta Scott King awards and legacy continue to be an inspiration to women all around the world. She was an author, activist and civil rights leader of American nationality, known mostly for being the wife of Martin Luther King Jr. Her careers in activism was created in her own right.

Coretta Scott King helped greatly in the African American Civil Rights Movement and she was the active advocate of African American equality. She has also been known for being the founder of the Center for Nonviolent Social Change in Atlanta, after the death of her husband.

Coretta Scott King was born on the 27th of April, 1927 in Heiberger, Alabama, USA. She has three other siblings and her parents were Obadiah Scott and Bernice McMurry.

It was known that Coretta’s father was the first person to have owned a vehicle as a black person in their neighborhood. Coretta started working at the mere age of 10 to increase the income of the family. She attended one-room elementary school and later she was enrolled in the Lincoln Normal School.  She studied music with Walter Anderson and started becoming politically active due to the racial segregation she experienced as a child. She later joined the New England Conservatory of Music in Boston.

Coretta Scott King awards have been accumulated, mostly because of her never ending dedication towards phasing out racial segregation in America. She worked side by side with her husband on the 1950s and the 1960s. She took part in several events like the Montogomery Bus Boycott and was through her husband’s side for The Civil Rights Act. She established a distinguished career later, after the death of her husband.

Following her husband’s assassination, Coretta continued their work alone. She is the founder of the Martin Luther King J. Center for Nonviolence Social Change and served as its president and chief executive officer.

An avid support of LGBT rights, Coretta Scott King was a subject of the public eye even years after the death of her husband. She wrote articles on social issues and published them on syndicated columns. She was also a regular commentator on the CNN and was the voice behind making her husband’s birthday as a national holiday, which gave rise to the Martin Luther King Day. She has also published the memoir called as “My Life with Martin Luther King Jr.” in the year 1969.

This personality, who was an epitome of strength and her fighting spirit, remains fresh in the minds of people to this day. She has been remembered as an inspiration to many girls and remains an idolized figure in American history. Coretta Scott King net worth must surely have been a huge amount, but the actual details about Coretta Scott King net worth have not been released to the public. Coretta Scott King career and her contributions to the upliftment of American society will surely continue to be an important achievement embedded in the minds of people in the years to come.

Coretta Scott King was married to the legendary Martin Luther King from 1953 to his death on 1968. The couple had four children together. Their daughter Yolanda Denise is an actress, Martin Luther King II is a president of the Southern Christian Leadership conference, Dexter Scoot runs the King Library and Archive whole their youngest daughter Bernice is a lawyer.

Coretta Scott King death occurred after started experiencing health problems in her 77th year. She was hospitalized with a heart condition on the year 2005 in April. She was discharged on her 78th birthday. She suffered several small strokes layer. She has hospitalized again in August after a mild heart attack and a stroke. She has released again and underwent physiotherapy at home to get rid of her problem.

It was later known that she suffered from an advanced stage ovarian cancer. Coretta Scott King death occurred on the 30th of January, 2006 in a rehabilitation center owing to respiratory failure from the complications of ovarian cancer.

Awards, Achievements, and Net Worth

Coretta Scott King awards include honorary degrees from the Princeton University, Bates College, and Duke University. She is also the recipient of the Lucretia Mott Award from Women’s Way and the Four Freedom Award. Coretta Scott King awards list also includes a Candace Award, Academy of Achievement’s Golden Plate Award and the Gandhi Peace Prize Award.  She has also been inducted into the Alabama Women’s Hall of Fame in the year 2009.