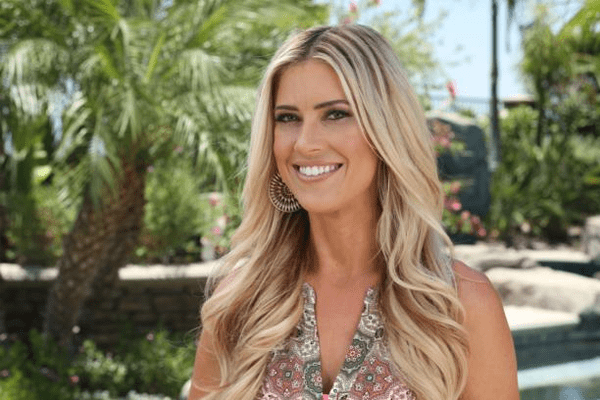 Christina El Moussa is famous as an American Real Estate Investor and Television personality. She is well-known for her work as co-host in the HGTV series Flip or Flop. This makes Christina Moussa’s reported net worth $4 million.

Christina Meursinge Haack was born in the United States of America on July 9, 1983.  She grew up in Anaheim in the state of California. Her birth sign is Cancer. Christina holds an American nationality and belongs to white ethnicity.

She attended the school in Southern, California. At the early age, Christina worked in the Real estate industry while continuing her study. While working in the industry, she met with her ex-husband Tarek EL Moussa.

Christina began her professional career with her ex-husband running a real-estate agency, Tarek, and Christina: The EL Moussa Group in Orange country, California.

In 2008, the power couple decided to work on the real state market but, unfortunately, the same year, market faced global economic crisis and thus their business went down. They fell down with the reduction of their lifestyle level at $700 per month from $6000 per month.

In 2011, Christina and Tarek made an audition tape for HGTV consisting the whole process of house flipping. Eventually, in 2012, the couple were allowed to host a weekly program where they purchase, renovate and sell the houses in and around California.

Overall, the couple flipped nearly about 80 houses after working at Flip or Flop. As of 2017, the duo owned real estate company named the El Moussa Group located in Orange County, California.

After a certain duration, the real estate couple gained wide popularity listing as the highest rated show and thus the show followed two spin-offs.
In 2015, they aired Flip or Flop: Follow Up, a show based on visiting, renovating and refining old houses. Then, in August 2016, they appeared on Flip or Flop: Selling Summer focusing on backyards and pools.

Christina has numerous appearances on the television shows as well. She made a debut performance in the TV series Brother vs. Brother (2013-14). Gradually, Christina worked in the shows like HGTV Insider (2015), Extra (2015), Entertainment Tonight (2017), Celebrity Page (2017), and so on.

At the initial period, Tarek and Christina bought their investment property (house)partnering with Pete De Best. They invested $115,000 for buying their first investment house which is located in Santa Ana.

Later, the real estate couple along with their partner divided the profit $35,000 from that business and continued to flip a house. Also, the power couple expanded their real estate investing business in Nevada and Arizona.

According to Huffington Post, the partner was reported to earn additional sum $10,000 from their show Flip or Flop per episode. And thus the couple’s reported net worth is $4 million from Flip or Flop.

Christina El Moussa’s net worth is estimated to be $4 million. Through buying and selling process of the investment, the duo is adding a tremendous amount to their assets or properties.

The couple owned a house in the Orange County, California. Christina redesigned the interior of 6,000 square foot house. 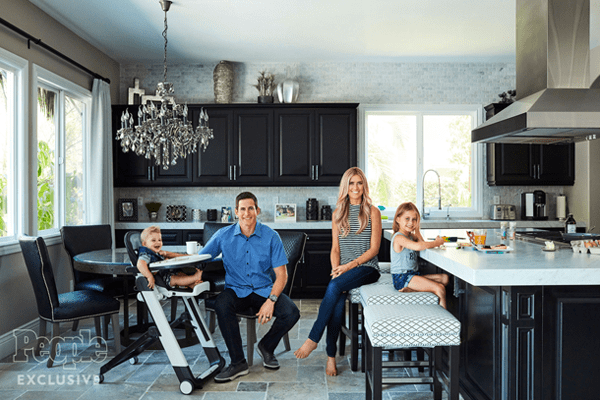 Well, the couple as a real estate agent is concerned with the purchase, renovation, and sales of the investment property. So, it’s obvious the couple may have a magnificent house design with the expensive furniture and interiors. 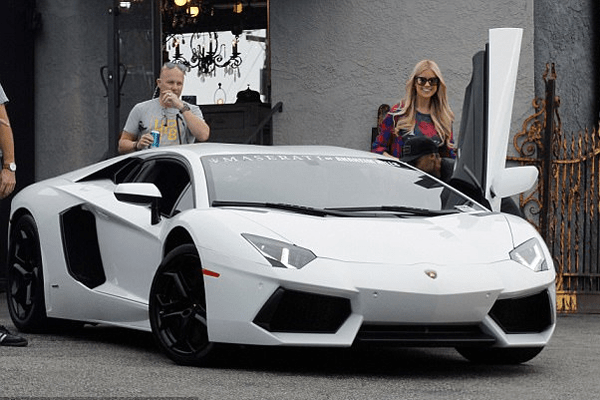 Christina married Tarek El Moussa on April 17, 2009. However, they could not manage their love-life relationship. Several misunderstandings and irreconcilable differences led them to finalize divorce on January 22, 2018.

Despite their high-profile separation, the partners are still good friends and are cooperative while working on their hit HGTV series.

Before their separation, on September 22, 2010, the couple were blessed with a cute daughter Taylor Reese  El Moussa. But during her second pregnancy, she had to face the miscarriage. However, she gave birth to their second child named Brayden James on August 20, 2015.

According to Hollywood Life, during Christina’s divorce with ex-husband Tarek, he asked for an alimony and spousal support from Christina to balance his lifestyle. Well, he pays $15,000 a month for 4-bedroom, 4-bathroom, 3,000 square-feet home in ritzy Newport Beach, California. He also has a brand new Lamborghini car.

Following separation with Tarek,  Christina dated Doug Speeding. According to E News, October 2017, she broke up the relationship with Doug Speeding after he joined rehabilitation center under addiction issues.

As of 2018, Christina has made a public announcement of her relationship with Ant Anstead, television personality through her official Instagram account and is confirmed by US Weekly.

My sweet valentine ♥️. @ant_anstead … here in spirit, as he’s away working hard to make some tv magic ✨ #HMF

Stay connected with SuperbHub to get new updates on celebrities biography.