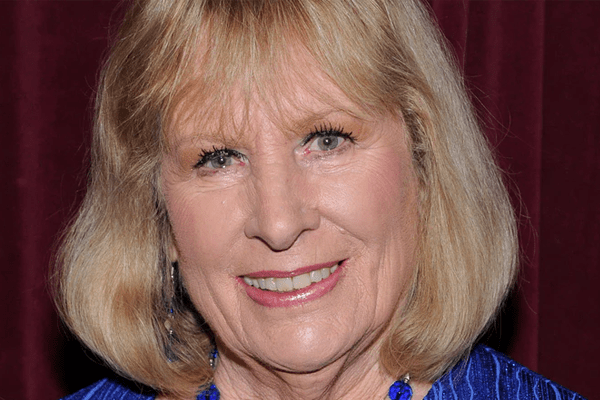 Christina Crawford net worth has risen with her best-selling book which was later made into a blockbuster movie.

An American Actress and an author best known for her bestselling book Mommie Dearest, Christina Crawford net worth is in millions. Raised as adoptive daughter by an abusive mother, she got inspiration to write from her childhood as neglected kid. Besides, her other books are Black Widow, Survivor, No Safe Place and Daughters of the Inquisition: Medieval Madness. Apart from writing, she is also a notable actress played in the films Force of Impulse, Wild in the Country and In Color on Sundays.

Christina Crawford was born on July 11, 1939. The big screen legend Joan Crawford adopted Christina when she was 11 months old. Previously named Joan Crawford, Jr. was renamed to Christina Crawford after Joan adopted her officially taking her to Nevada. Joan had adopted her from a baby broker since she was denied adoption previously for being an unfit candidate. She spent her early days in comfort and happiness with her mother.

Joan Crawford married Philip Terry when Christina was three and soon after she was accompanied by an adopted baby brother Philip Terry, Jr. Joan changed the junior’s name to Christopher Terry after Joan divorced Philip.

The happily living Christina saw abrupt changes at her house. Anon, Joan started to assign Christina house chores like doing the dishes. Apart from this, Joan also starting asking Christina to do things that she was unable to do. Joan showed stricture regarding morning noises. Christina and everyone else should have to whisper so that Joan would not wake up.

Joan adopted twins when Christina was 9 years old. The twins were Cathy and Cindy. Joan adopted another child and named him Christopher before his mother reclaimed him back.

Christina alleges that she underwent her alcoholic mother’s violent mood swings. Afterwards, Joan decided to send Christina to a prestigious boarding school, Chadwick School. Christina recalls her days back at Chadwick. She says her mother provided her with only 2 dresses, a coat and a pair of shoes for the whole semester.

One day Christina was caught with her boyfriend. After Joan heard about it, she removed Christina from Chadwick and sent her to a Catholic boarding school, Flintridge Sacred Heart Academy, California. Joan took this decision so as to cut off all the outside contacts of Christina. Later on, Christina attended a college in Pittsburgh for a year and then started her job in acting which was the primary indication of rising Christina Crawford net worth.

Christina moved to New York and ended up doing odd jobs there. Afterwards, she went to England to her step father, Alfred Steele. Steele was the CEO of the Pepsi-Cola Company who died when Christina was there with him.

While Christina was in acting school, she met Harvey Medlinsky. He was a stage manager there. They married for a brief time. However, she later met David Koontz—a film producer. While Christina was working in public relations for Getty Oil, she had met her next husband David. A couple of years after she recovered from stroke, she and David divorced.

Christina appeared on TV soap opera in 1968. Before that, Christina had appeared in a number of Off-Broadway Productions namely, In Color on Sundays in the year 1958 and At Chrismastime in 1959.

In 1960, Christina appeared in the films Force of Impulse in 1961 and Wild in the Country which starred Elvis Presley. Apart from movies, she showed off as guest in Here’s Hollywood for promoting her movie. She also played a role in Ben Hecht’s controversial play named Winkelberg. With time, Christina Crawford net worth hiked up as she got roles for various movies in the big screen.

Moreover, Christina played the role of “Joan Borman Kane” on the soap opera The Secret Room (1968-1969). A majority of viewers increased when her over 60 year old mother, Joan, asked and did the role of 24-year-old character as a replacement for Christina when she was on sick leave. Christina, unknown about her mother’s act, felt embarrassed and betrayed for her mother’s performance reflecting her.

Soon after, she wrote Mommie Dearest which describes her relationship and life with her abusive mother. The book released in 1978 described her mother as a narcissistic, cruel and violent woman who adopted children only to raise money and to gain publicity. It raised awareness about child abuse. The book became a bestseller increasing Christina Crawford net worth. Besides, she is also the author of Black Widow, Survivor, No Safe Place and Daughters of the Inquisition: Medieval Madness.

In 1981, Mommie Dearies was made into a blockbuster movie. The movie starred Faye Dunaway and Diana Scarwid who played Joan Crawford and Christina respectively. The movie made earned $35 million from $5 million budget and gathered five Golden Raspberry Awards.

Later Days, Health and Philanthropy and Net Worth

Christina endured a major stroke shortly after her bestselling book was made into a blockbuster movie in the year 1981. She underwent rehabilitation for 5 years. From that time onwards, she moved and settled in Northern Idaho running bed and breakfast between 1994 and 1999. Afterwards, she became director of marketing at Coeur d’Alene Casino. Then, she lost the election for county commissioner in Idaho. Later on, she founded a non-profit organization called Benewah Human Rights Coalition for which she was the president. Christina Crawford net worth is incomparable to her philanthropic works as a writer and a founder of a non-profit organization.

As the book Mommie Dearest topped the list of the bestselling books, Christina Crawford net worth rose to $5 million. However, her acting career also gave a hike to her net worth apart from her writings.

Christina Crawford net worth rose with her bestselling book. She had her memoir written for everyone to read and realize the child abuse issues that were yet to address. The abused child grew up to be a remarkable actress and bestselling author apart from a philanthropist.

Tags: Christina Crawford net worth, Steele was the CEO of the Pepsi-Cola Company