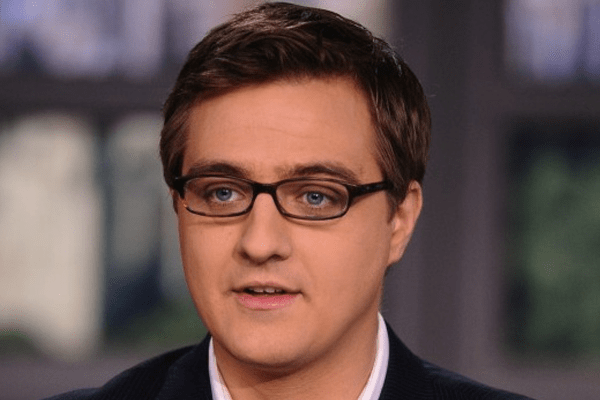 Chris Hayes parents Roger, an Irish Catholic and Geri Hayes; an Italian American had three sons one of which was Chris Hayes. His father shifted to Chicago from New York when he was studying at a Jesuit seminary but later on, he began community organizing in the Bronx. He spent several years at the community service society of New York. Currently, he works as an assistant commissioner for the NYC department of Health. His mother works for the NYC department of education. Prior to this, she was a school teacher. Chris Hayes went to Hunter College High school at New York and later on, he did his under graduation from Brown University where he received a Bachelor of Arts in philosophy and worked at Production workshop which is a student theater group.

In August 2001, he was a contributor to the independent weekly newspaper Chicago reader for four years where he covered local and national politics. He also began a labor-focused monthly magazine based in Chicago in 2003 where he was a senior editor. Hayes was a Schumann Centre Writing fellow at in These Times from 2005 to 2006.Later on, he worked as a Puffin Foundation Writing fellow at the nation institute and a contributing writer for the nation from 2006 to 2007.The Nation named him its Washington D.C editor succeeding David corn on November 1, 2007.

Chris Hayes wrote extensively on issues central to the liberal community and also reported on progressive activists work to resuscitate the opinion of the public. He was an adjunct professor at St. Augustine College in Chicago of English and he also served from 2008 to 2010 as a Bernard Schwartz fellow at New America Foundation.Hayes has hosted various MSNBC shows like The Last Word with Lawrence, The Ed Show, and Countdown with Keith Olbermann. He also hosted a two-hour morning show on Saturdays and Sundays. On September 17, 2011, Up with Chris Hayes started and it featured a live interview with former speaker and current House minority leader Nancy Pelosi.

Chris Hayes is also a renowned author and his first book, ‘Twilight of the elites: America after Meritocracy’ was published in June 2012 by Crown publishing group. Hayes Second book, ‘A colony in a Nation’ will be published by W.W Norton I n March 2017.Chris Hayes success did not come alone it is associated with a number of Chris Hayed rumors.

Chris Hayes was married to the assistant professor of law at Benjamin Cardozo School of the law named Kate Shaw. The couple resided in Washington D.C until they moved to New York City. They have a daughter together named Ryan Elizabeth born in November 2011.Later on in March 2014; they had a son named David Emanuel Shaw-Hayes. From 2008 to 2012, Hayes brother Luke worked on Barack Obama’s Campaigns.

Chris Hayes is one of the famous and versatile personality who is honored a number of times with awards. He has also been nominated many times and upon his evaluation of work with others, he had never stand done from others. He has a number of social accounts which can give access to his fans to know more about him like facebook, twitter, and Instagram.