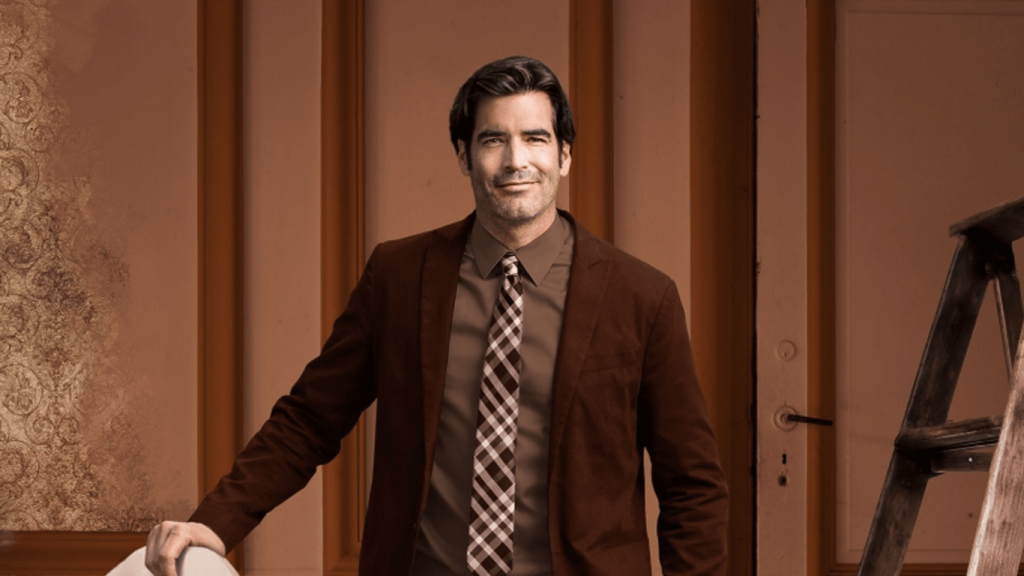 Carter Nicholas Oosterhouse was born on September 19, 1976 in Traverse City, Michigan, U.S. Carter is of American nationality and white ethnicity.

He attended Grand Traverse Area Catholic Schools. Carter then went on to join Central Michigan University. He graduated with a B.A. degree in nutrition and communication. He had been learning carpentry at the tender age of 12.

Carter was interested in taking up a career in movies and TV series thus he moved to LA and worked with Project Greenlight. He began his career in the television arena in 2003 in the TLC series, Trading Spaces. He then went on to appear in its spin-offs, Trading Spaces: Family and Trading Spaces: Boys V. Girls. Carter Oosterhouse went on to work for CBS Sunday Morning in 2004. Since then, he has appeared in NBC’s show, Three Wishes in 2005, Rachael Ray, The CBS Early Show, The Oprah Winfrey Show, The View, The Today Show, and more.

Carter went on to host his new show, Carter Can in 2007 for HGTV. Soon, he went on to be seen in The Inside Job, Red, Hot & Green, Million Dollar Rooms and more. He is also noted for his contribution in ABC’s reality show, The Great Christmas Light Fight in 2015.

Carter Oosterhouse’s modeling career has also been quite successful. He worked as the face of Nautica’s men’s fragrance Voyage. He has also posed for Nivea, Lincoln, Hewlett-Packard, and Miller Light. Carter has been featured on the TV advertisements for popular brand names like Lake Michigan Credit Union, Nivea, Bud Light, Rooms To Go, Gillette’s M3Power razor, and many more. Furthermore, Carter has also been featured in the magazines and print medias like USA Today, The Los Angeles Times, Chicago Tribune, Redbook, Good Housekeeping, US Weekly, LA Confidential, and more.

Carter Oosterhouse in not only famous for his remarkable works in the field of Television hosting but has also gained love and respect for his charitable works. Carter Oosterhouse has established a non-profit fitness and self-esteem awareness organization for the American youths named Carter Kids. Cater also has opened a winery with his brother which is named Bonobo Winery.

For his exceptional work as a model and TV host, Carter Oosterhouse has been honored many times with many awards. Carter Oosterhouse height is noted to be 1.87m which has helped him in his his modeling career. Carter has been named one of the Sexiest Man on TV in the Sexiest Man Alive issue of People magazine. Furthermore, Carter has also been named one of the sexiest men on television by many sources like TV Guide Channel, Inside TV magazine, and Cosmogirl.

Carter Oosterhouse show has gained wide attention from his audience who love and praise him. Carter Oosterhouse twitter account has details of his triumphant career and his day to day events. The bio of the eminent and respected, Carter Oosterhouse can be found on various social media sites like Wikipedia, Twitter, Facebook, and more.

Best thing about landing in NYC. New baby clothes! We run through these. Thank u @rachaelray @rachaelrayshow pic.twitter.com/nhBr1jxbKy