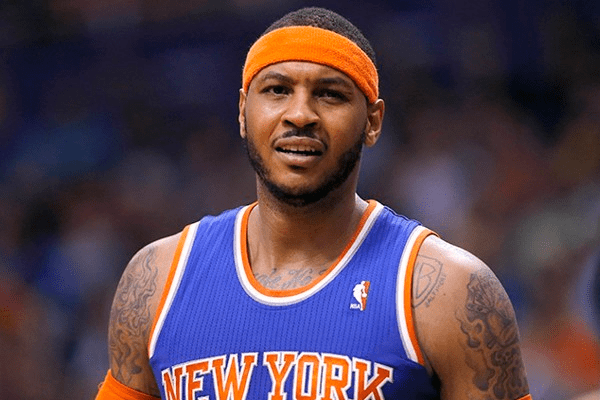 Carmelo Anthony is the worldwide popular American Basketball player for the New Yorks Knicks of National Basketball Association, NBA. He has been playing basketball since a very long period. Carmelo Anthony has been named All-Star various times.

Carmelo Anthony did his schooling from Towson Catholic, Maryland and Oak Hill Academy, Virginia. After he finished his school in 2002, he went to Syracuse college for a year and later in 2003 he started playing for the NBA.

Carmelo Anthony was chosen 3rd overall in the 2003 NBA draft by the Denver Nuggets. He made his debut in the 80-72 home win game against the San Antonio Spurs. He became the second youngest player to have made 30 points in a game in the NBA history. He has been an essential part in the turn around from league laughing stock to playoff contender of the Denver Nuggets. Carmelo Anthony is recalled for being a prolific scorer with a variety of crafty offensive moves. Carmelo, at the beginning of his career, played for the Denver Nuggets. He later transferred to New Yorks Knicks. Apart from the sports academy, he was once seen in the “Lost and Found” episode of Ned’s Declassified School Survival Guide. He has also featured in some music videos. Carmelo Anthony has been the one and the only player to appear on the cover of all three EA Sports basketball franchises.

Carmelo Anthony father was Black Puerto Rican and his mother was an African American. Carmelo Anthony is named after his father. His father died of cancer. The family then moved to Baltimore where he saw things like drugs, killing people and anything wrong going on in the town. Carmelo Anthony friend said that those were the things that taught them toughness and kept them mentally focused.

Carmelo Anthony is also recognized for his social works and charity. Anthony donated thirty-five thousand dollars to relief after the tsunami caused by the Indian Ocean earthquake in the year 2004. He also donated three million dollars for the construction of basketball practice facility at his university, Syracuse.