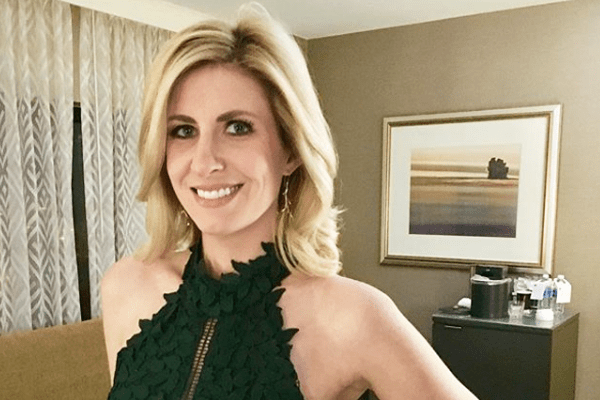 Meteorologist Caitlin Roth is seen on Fox 5 news morning and Good Day Dc since 2015. She was active in Fox 29 Philadephia morning show and 6 p.m-10.p.m newscasts on weekends before she joined WTTG-TV. Certified Broadcast Meteorologist from American Meteorological Society, Roth is an important part of Fox 5, which leads to Caitlin Roth net worth  and salary being impressive.

Roth once shared an interesting story of her Central Bucks West High School period, specially with her Lacrosse team. The teammates once decided to use the leisure time to guess each other’s future.

Each one of the team would put the names in a hat. Roth didn’t remember who got her but her pal just said “You are going to do weather on TV.”

Caitlin liked watching weather updates but she added she hadn’t even thought about it till that point. She didn’t realize that her interest was so obvious. As Roth had an interest in growing up as an athletic.

So what actually first peaked Caitlin’s interest in weather? Well, it was the 1996 blizzard in Philadelphia which brought around 30 inches of snow in the area.

Caitlin Roth was born in Doylestown Pennsylvania, Philadelphia. As per her birthday celebration in TV itself, we know that her birthday is on June 5. With her graduation in degree of meteorology in 2008, we can assume her birth year to be in 1980s.

Grown up with parents and sister, Julie, Roth graduated from CB West high School in 2004. She was a renowned hockey, basketball and softball player in the Lacrosse team. Her team had also won a Suburban One League Championship in 2003.

Caitlin then attended Penn State University with an interest in weather broadcasting and graduated with degree in meteorology in 2008.

While being at the University, Caitlin has lot of good memories to cherish. Among which, was the time she participated in a competition hosted by New York Times. She spoke in front of the NY times panelists and won the runner up position. Then she also earned the confidence and assurance of her public speaking abilities.

Caitlin Roth started her first weather broadcasting experience from her work at Accuweather in State College, Pennsylvania. She had worked for “Weather or Not” and CNET in Centre County, Pennsylvania.

Soon, Roth got the opportunity at WOWT in Omaha. There she did weather and also became midday news anchor. Omaha was then the United States’s 76th biggest TV market.

After having experienced -30° wind chills and 110 mph winds(straight line) in Omaha, and working there for three years, Roth applied for jobs at much larger places.

Soon, Roth got a call from Fox 29 who wanted to hire her as it was expanding it’s operations. Thus, in January 2012, Caitlin joined the Fox 29 news team in her hometown, which was the No. 4 market in the country. It was then certain that talented Caitlin Roth net worth was sure to increase as her scope had broadened.

In 2015, Caitlin Roth net worth increased with her bank account having  earnings and bigger salary from WTTG TV’s Fox 5 channel in Washington D.C.

She became a part of Fox 5 News Morning and Good Day DC. Roth couldn’t be happier as she became Certified Broadcast Meteorologist from American Meteorological Society in the same year.

Forecast for tomorrow’s march on the National Mall. Definitely going to be chilly so dress in warm layers! pic.twitter.com/SJ9UO63TSo

As mentioned earlier Caitlin Roth net worth is not less than six figures as she earns a massive amount from her professional career.

Though the exact amount of her net worth is yet to be disclosed, it is for sure she has made a lot as the average salary of news reporter in Omaha is around $54,515 with range of $47,167-$62,112. Paysa has given this estimation including base salary, annual bonus and also approximate equity.

WTTG-TV Fox 5 reporters salary can be ranged from $87,771-$95,224. Having earning enough from Fox 5, Caitlin Roth spends a savvy lifestyle with her love for luxury cars. And she lives in Washington D.C. 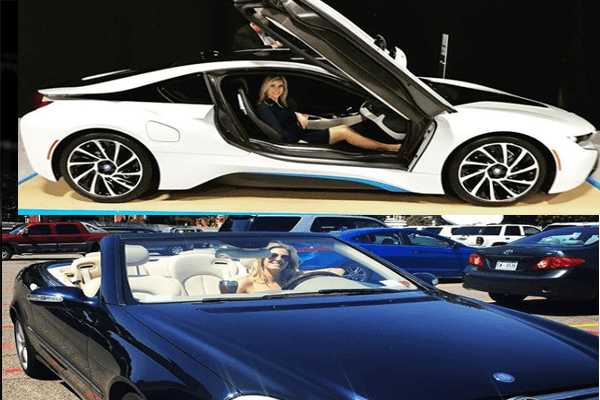 Caitlin Roth is suspected to be happily married, as she is suppose to tie the knot with her co-worker Tucker Barnes.

On the sets of FOX news channel, Barnes was working as the host of the show FOX News Morning and Good Day DC. With Roth’s entry, both of them became best friends and started dating.

Eventually, after dating for a long time, the couple is known to have secretly married. They haven’t mentioned it officially but they are seen going on vacations, dinner, parties, events together.

You can find a lot of romantic pictures of the couple kissing, having fun on vacations, getting ready for events and lots more in their Instagram.

Caitlin Roth enjoys being around D.C, Maryland and Virginia. She loves being outdoors and loves hiking, travelling and even running.

Be tuned with SuperbHub, for Celebrities Biography and Entertainment.