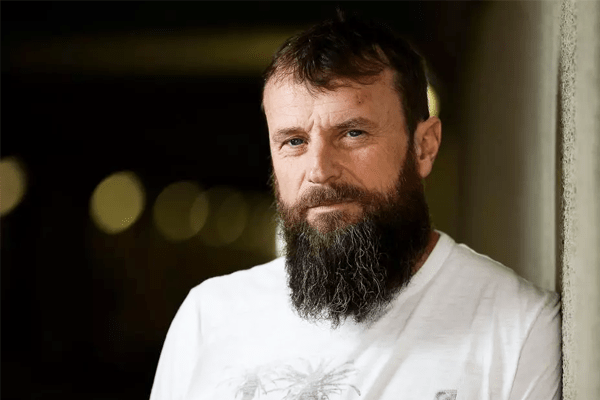 Professional motorcycle road racer Bruce Anstey hails from Wellington, New Zeland and has the fastest lap of 132.298 mph on the Isle of Man TT Circuit. Born on 21 August 1969 Anstey is the former lap record holder on the Snaefell Mountain Course with 17 minutes 6.682 seconds averaging at speed of 132.298 mph(212.913 km/h) in Superbike TT 2014.

Anstey is considered as one of the consistent riders currently signed to Padgett’s Honda Racing team. Fan-favorite Kiwi rider is likely to miss the 2018 racing season as he has tumors on his spine and multiple tumors in his lungs, Bruce Anstey’s partner Anny Ramsey stated. 13 time TT winner Anstey was due to throttle down the Bray Hill once again for Padgetts Racing and the North West 200 in Northern Ireland.

It was a family holiday in 1978 to the Isle of Man where he witnessed Mike Hailwood winning on his comeback. The adrenaline was triggered since and all Anstey wanted was to step in the machine to compete between the hedges.

In 1990 Anstey made his debut on Boxing Day at the Cemetery Circuit, Whanganui, New Zeland on an RGV 250 Suzuki. Anstey made his Isle of Man TT debut in 1996 riding on a Yamaha and finished 29th in the Lightweight TT but the flying kiwi did not finish the Senior TT. Bruce made his North West 200 debut in 2002 and has won ten victories till 2017. 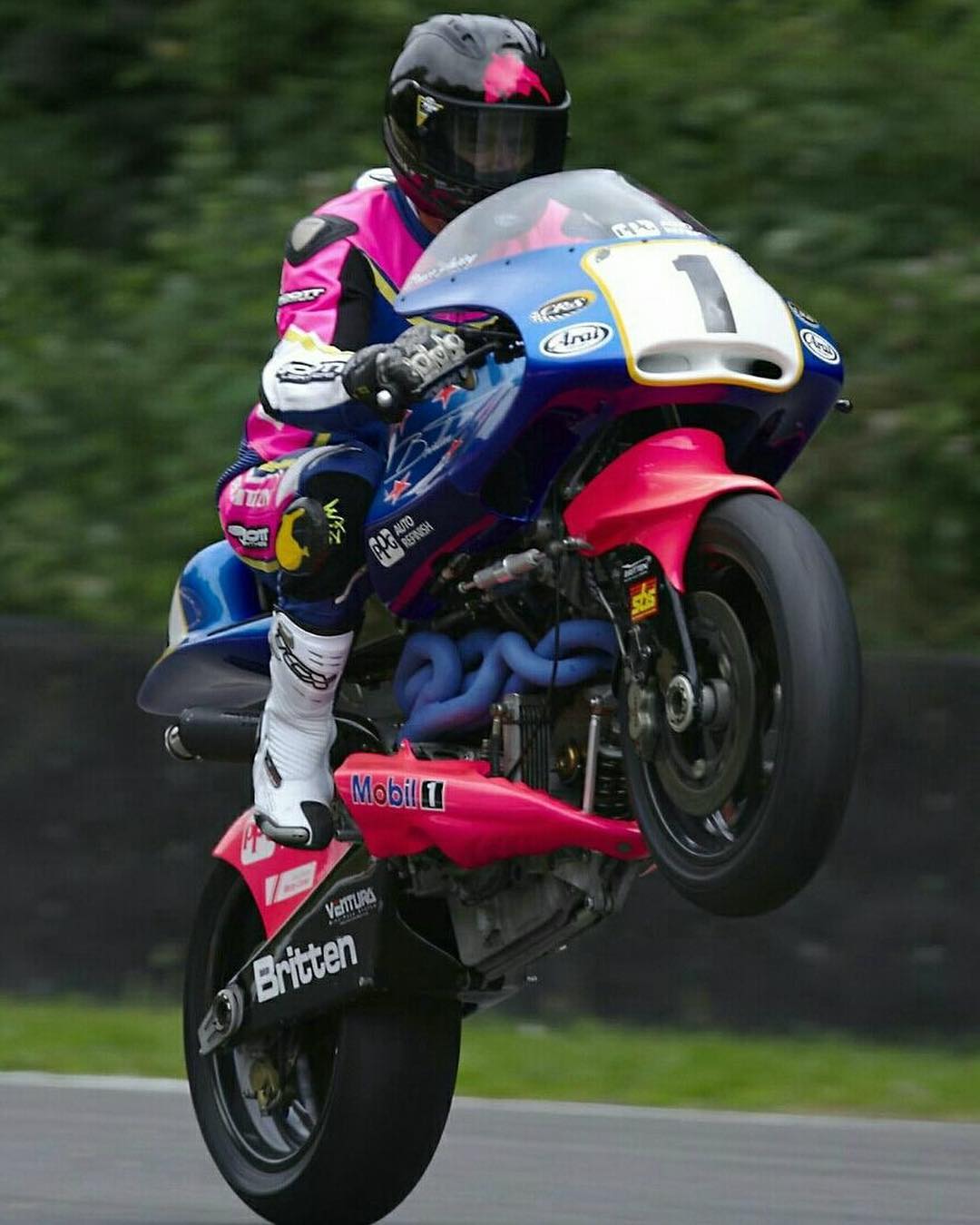 Anstey has claimed many successive records at the Ulster Grand Prix standing at the top step in the podium for 13 times. Kissing his first victory in 2003 in the 1000cc production race and securing hat-trick in 2004 in Superbike, Production 600 and Production 1000. The 2010 meeting brought the flying Kiwi to secure another hat-trick and saw the last appearance for TAS Suzuki setting a new average lap record of 133.977 mph(215.615 km/h).

The 2013 changes to the Manx Grand Prix Races brought Classic TT as a new festival attraction which allowed racers to compete on classic and post-classic bikes. Anstey had campaigned on Classic 500 cc riding on a 1961 Manx Norton failing to finish. In 2014 Anstey competed to finish 3rd on the 500 cc Classic and got his first Classic TT victory taking a Padgett’s Yamaha YZR500 to 1st place in F1 classic.

2016 was the year for Anstey when he achieved success on the Classic 250cc race with Padgett Honda RS250R and set the fastest lap of 118.734 mph breaking John McGuiness(Morecambe Missile)’s lap record since 1999. Flying Kiwi Anstey holds the current lap record on the mountain course in both two strokes categories set at Classic TT.

Since debuting in 1990 Anstey had to face the setback in his career after he was struck by testicular cancer in 1995. After recovering from the treatment Bruce had made his TT debut in 1996 alongside the legendary 23 times winner John McGuiness and David Jefferies.

It was in 1997 when Bruce Almighty was forced to miss the poetic event when cancer reappeared. The Aftereffects continued to linger in Bruce’s life which made him tired and immune system weak so he caught colds and flu easily.

Anstey had a double comeback from cancer and was determined to secure a top podium finish on both the Isle of Man TT and North West 200 again in 2018 but tumors set him back. Bruce Anstey’s girlfriend Anny Ramsey announced on Facebook that Bruce has become ill and has multiple tumors in his lungs and tumor on his spine. Bruce Anstey’s to be wife Anny asked for their privacy and both the Isle of Man TT, North West 200, Padgetts Motorcycle posted a tribute for Bruce in their Twitter.

Following the news about Bruce Anstey’s health and on behalf of all TT fans worldwide we want to wish him the speediest recovery. We look forward to seeing the ‘Flying Kiwi’ back competing on the Isle of Man and breaking records again very soon.

All of us at the Vauxhall International North West 200 are deeply saddened to hear that our favourite Kiwi Bruce Anstey has become ill and probably won’t be able to do any racing this year. Our thoughts are with him and Anny.

Bruce is considered as one of the most experienced and composed riders on the TT circuit. He is known for his relaxed approach to the road racing and is often spotted taking naps on his motorhome before races.

The former lap record holder was struck down by cancer twice and missed the 2018 TT. Anstey made an iconic comeback riding on his RC213V-S down the Bray Hill.

Anstey is currently signed to Padgett’s Honda racing team and has previously laid his imprints on TAS Suzuki Racing, Valmoto Triumph, and Yamaha DTR. Bruce started his racing career from Yamaha in 1996 till 2002. Anstey stood on his podium finish at the Isle of Man TT by finishing second behind the legendary Joey Dunlop in the Lightweight TT.

In 2003 the Flying Kiwi Bruce competed in four categories on the Isle of Man TT riding for team Triumph. Bruce won the Junior TT on the Valmoto Triumph Daytona and presenting Triumph it’s first TT win in 27 years. Bruce continued to dominate the Superstock races

Bruce was signed by TAS Suzuki in 2004 and continued to ride for the team till 2010. In 2006 TT practice lap Bruce recorded the unofficial top speed record of 206 mph(332 km/h) on the Snaefell mountain course on a 1000cc Suzuki. The record was not official as the speed was registered on the onboard data logging equipment.

Anstey switched team in 2011 from Suzuki to Honda and managed to secure the first position on Supersport Race 1 with speed of 124.232 mph. Bruce achieved some commendable list of results at the 2013 races securing 2nd on the Supersport Race 1. His consistency was proved in 2014 when he won 4th in Superbike, 2nd in Supersport and 3rd in Superstock. 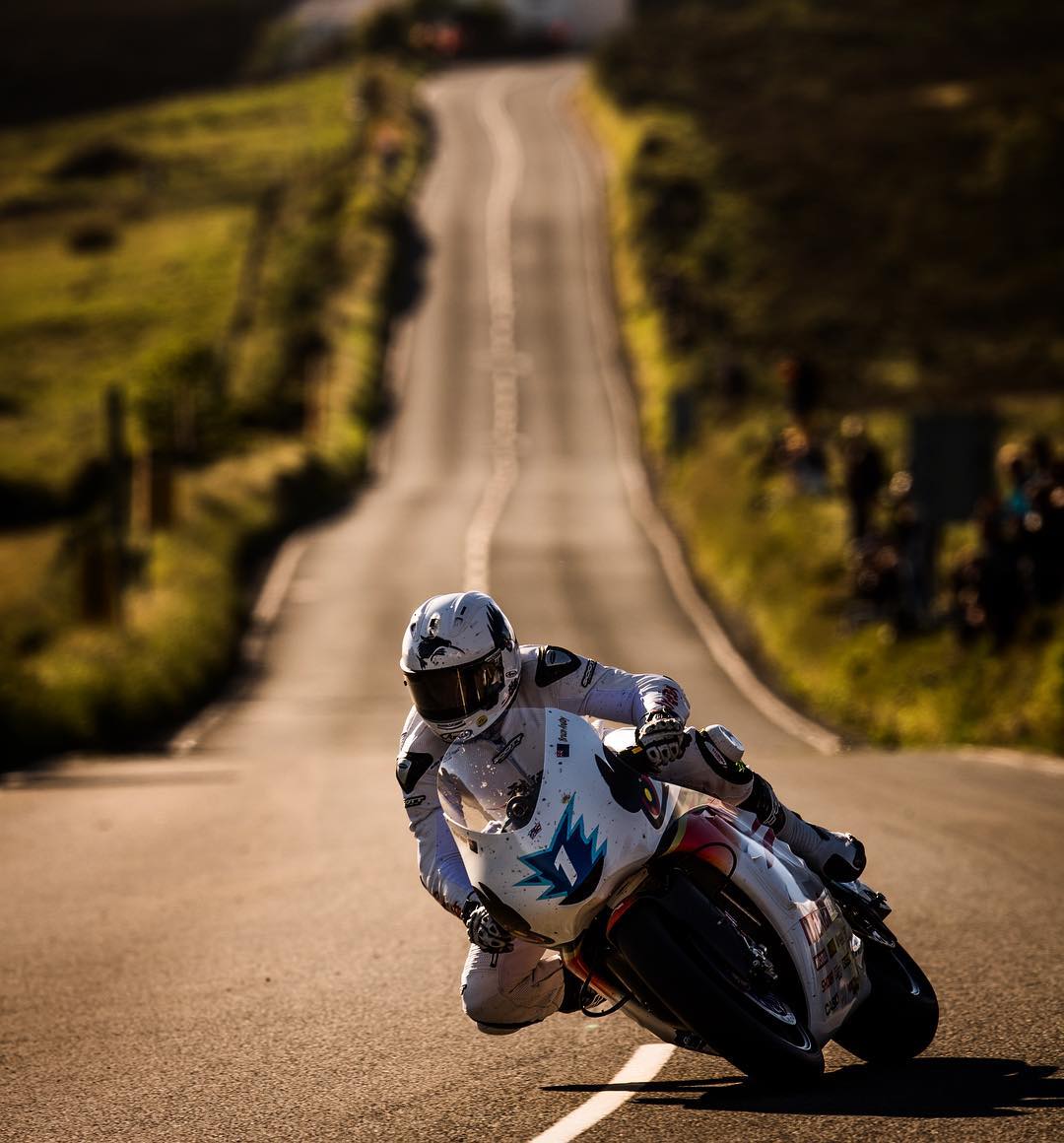 2014 saw the debut of the flying kiwi in the TT zero class finishing 2nd along with John McGuiness on the Mugen Shinden San. 2015 was the year when Anstey achieved the highlights of his career by winning the Superbike TT leaving behind English rider Ian Hutchinson on the pit stops at end of lap four. 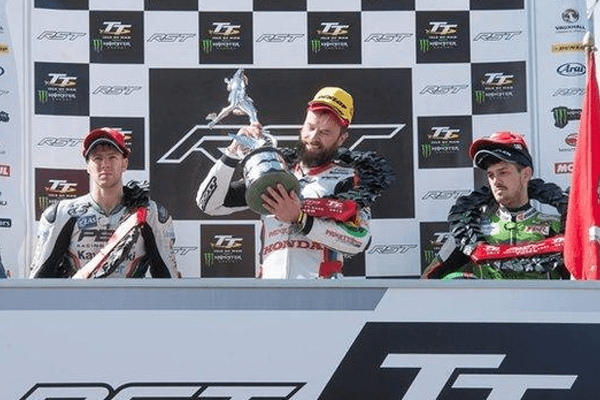 Bruce Anstey wins his first Isle of Man Senior race in 2015. Anstey lifting the Joey Dunlop Cup in the podium alongside Ian Hutchinson and James Hillier.

Bruce Anstey uses the Arai TT Helmet specially designed for the races in the mountain course. Arai is the preferred helmet for the TT races and since it has been renewing its co-operation with the IOM tt it will stay as the official preferred helmet brand for the Isle of Man TT races.

The Isle of Man TT is considered as one of the dangerous road racing and has seen the deaths of approximately 300 riders to date. The course stretches to 37 miles and runs for six laps at the average speed of 130 mph on the senior races.

The prize money for the Isle of Man is nothing in contrast with the risks on one hand. It is a frequently asked question that how much does a rider earn from the TT races and many are surprised upon hearing the answer.

The TT race competition is simply not about the money but about the prestige and the joyous moment to lift the Joey Dunlop Cup. However, the pay scale for the TT senior race is presented in the chart below:

A 2015 report shows that a total of £57,400 will be presented to the winners and Bruce might have bagged the amount on 2015 as he had won his first Superbike TT. The prize money fits a payout of transport, accommodation, mechanical upkeep, and ferry charge.

Upon questioned to choose between an evening with his girlfriend or night out with the lads Bruce Anstey chooses to spend time with his partner that’s how dedicated the man is to his marriage. Bruce Anstey lives with his long-term partner Anny Ramsey in Windsor, New Zeland. 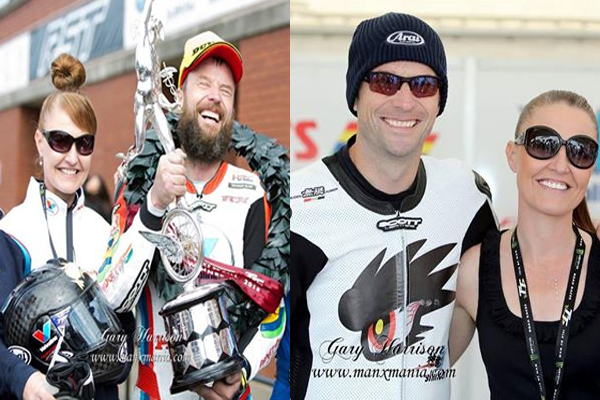