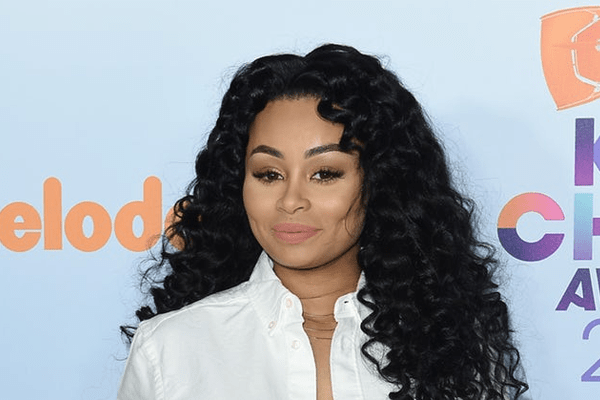 Blac Chyna net worth is huge, and so is the weight of the constant controversies that she has been indulged in the past. She is an entrepreneur and model of American nationality that has constantly been known for her controversies and her frequent appearances in hip hop music videos.

Blac Chyna is the professional name of Angela Renee White who is a native of Washington. She has been indulged in modeling since 2008 and has become extremely popular amongst her fans because of her constant involvement with the famous KJardashian clan. The mother of two is surely a controversial figure, however, is much followed and liked by her fans around the world.

Blac Chyna was born as Angela Renee White in Washington D.C. her parents are Tokyo Toni and Eric Holland. She was born on the 11th of May, 1988. Her current age is known to be 28 years as of 2017.

Blac Chyna reportedly attended the Henry E. Lackey high School. According to Blac Chyna biography, she was enrolled in the Johnson and Wales University before moving forward to stripping.

Blac Chyna biography states that she indulged herself in stripping since 2010. She began urban modeling shortly afterward and called herself Cream formerly. After she met a client who called himself Black China, she was inclined to do the same and started calling herself Blac Chyna. She posed for the Film piece magazine on 2010 in September.

Blac Chyna has also posed for the Black Men’s magazine as well as the Straight Stuntin’ Magazine on 2010.

She appeared in the video of Miss Me by Drake which created more buzz and fame for her.

She then appeared in the music video of Kanye West’s Monster. In the Urban Model Awards, she obtained the Model of the Year Award.

She was cast in the single Rack city for rapper Tyga on 2011. After much more appearances, she enrolled in the Make up Artist School and launched her online Boutique. She has the clothing line of the same name and has a beauty bar too.

However, after her entrepreneurship and successful business endeavors, Blac Chyna net worth has increased more.

The details of the personal life of Blac Chyna have been followed extensively by all of her fans around the world.

What happened between Blac Chyna and Rapper Tyga?

Chyna has always been indulged in controversies, ever since her relationship with rapper Tyga began.

Blac Chyna met rapper Tyga on the 5th of October, 2011. The couple met each other at the F.A.M.E. Tour after Party. She was working at the King of Diamonds in Miami.

The official start of their relationship began on the 9th of November, 2011. After the relationship started, the couple drew attention to themselves for appearing together on several occasions. They frequented public events, clubs, and basketball games.

The couple has also posed for the cover of the Urban Ink Magazine. Blac Chyna baby with Tyga was born on the 16th of October, 2012. Their son is named King Cairo Stevenson. The couple got engaged in December 2012 but they split up in the year 2014.

It has reported that the split of Blac Chyna and Tyga occurred after Tyga started an affair with Kylie Jenner. The split of the couple and the subsequent start of the relationship of Tyga and Kylie sparked several controversies and rumors all around the world.

However, Blac Chyna started dating Reality show star, Robert Kardashian on 2016, after failed attempts to get back the love of her life. The engagement of the couple took place after three months of their dating.

Blac Chyna baby girl with Robert Kardashian is named Dream. Their daughter Dream Renne Kardashian was born on the 19th of November, 2016.

Apart from this, Blac Chyna is also known for her constant struggles and fights with the Kardashian family and particularly with Kylie Jenner. However, it surely seemed that she has settled down for good with her loving and doting fiancé Robert Kardashian.

But, it didn’t work out here as well. Blac Chyna and Robert Kardashian indulged into fights when Rob reported in Social media sites that she had cheated on him. And they seperated.

Get the details here: Rob Kardashian is in a sad state! He’s still struggling with his health

While Blac Chyna has a handful of awards and achievements, she is a recognized personality in the field of entertainment. Blac Chyna Instagram account and her Twitter account are extremely famous with her fans, she is known for her outright attitude and for the direct portrayal of her through social networking sites. Blac Chyna Instagram account is always full of pictures with her boyfriend and more recently her daughter. She is an active personality who has always been known for her direct portrayal of personal life events on social networking sites. She is also recognized for her fights with the Kardashians online.