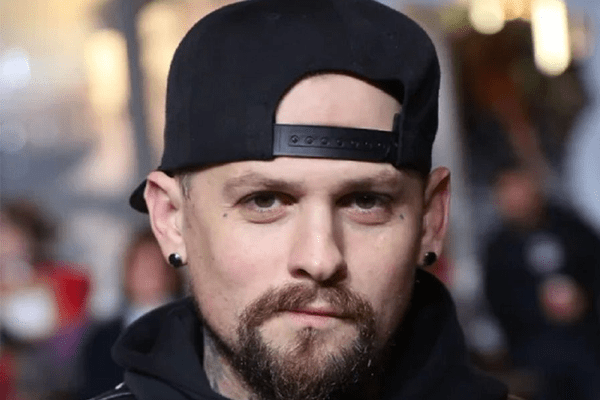 Benji Madden is an American Musician known with the band name Good Charlotte. His instruments are usually guitar, bass, vocals and piano. Benji is a singer/vocalist and lead guitarist for the band Good Charlotte, pop rock collaboration for The Madden Brothers and currently is a coach of The Voice Australia. Soothing the whole world with a touchy musical word, Benji Madden Net worth is reaching the height along with his name and fame. Full bio is given below.

Benji Madden, born on March 11, 1979 is a musician and besides that he has a new clothing company named DCMA. He has lots of tattoos on his body each connected to someone’s memory. He once has hosted on MTV show “All Things Rock” with his twin brother. Good Morning Revival is the last released album by Good Charlotte and Greetings from California by The Madden Brothers.

Benji Madden is a twin child of the family born along with Joel Madden. He is considered to be the oldest by five minutes. Both of them are the founder of the band Good Charlotee. In addition, he raised with older brother Josh Madden and younger sister Sarah Madden in Waldorf, Maryland.

He attended La Plata High School during his early age and here is no relevant information relating to his higher educational background.

Before establishing himself as a popular public face, Madden had started “Made”, the fashion clothing line, along with his brother Joe and Josh in 2002. But the line didn’t exist longer and ruined by 2006.

Later, they re-opened the line as “DCMA” Collective in 2006 with an aim to offer hoodies, caps and accesories. The design of DCMA are different according to the founder’s taste.

Next by 1996, Madden and Joe started a music band named as Good Charlotte. They are still continuing the band and currently touring for their “Chronicles of Life and Death”. “Good Morning Revival” is their latest release.

Benji Madden appeared in the film Not Another Teen Movie (2001) as a Prom band member. Later, he voiced for the role Interrogator #1 in the film Live Freaky Die Freaky (2006).

He has several appearances on music videos including Fall Back Down (Rancid), Elevator (Junior Sanchez), Dead N Gone (The 69 Eyes), 10 Miles Wide (Escape the fate), Oh My God and We Are Done ( The Madden Brothers) and so on.

Reviewing back to their love life history, the couple dated each other from May 2014. And were engaged before Christmas day in 2014 unofficially.

Currently the couple are living together. And no rumors or negative comments relating to their love life are available till date. The couple is supposed to enjoy each other’s company.

Benji Madden Net worth is $16 million because of his successful career as a musician, vocalist and producer.

An attractive personality known with the band name Good Charlotte, Benji net worth is estimated to increase higher in the coming days.

Benji Madden net worth is the reason, Benji is maintaining his professional career and enjoying his personal life as well.

Benji Madden net worth will possibly increase higher, if he keeps teaming with the best band and continuing the current band.