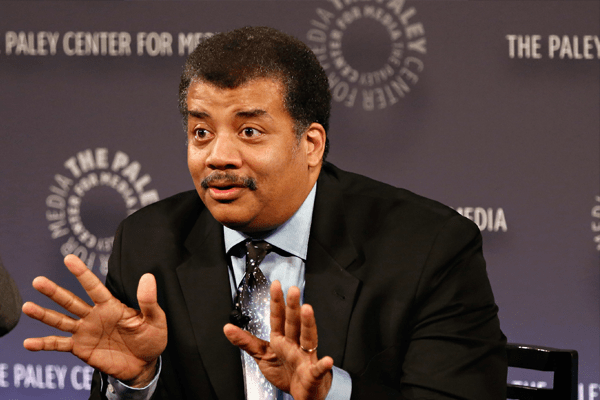 Neil deGrasse Tyson was the son of Cyril deGrasse Tyson, a sociologist, the first director of Harlem Youth Opportunities Unlimited, and his wife Sunchita Feliciano Tyson, gerontologist. Tyson was born on October 5, 1958 in Manhattan, New York City, United States. Since his early age, he was quite curious and interested in Astronomy.

Neil deGrasse Tyson enrolled in multiple Schools, Colleges and Universities. Initially, he joined The Bronx High school (1972-1976) and started Astrophysics. Then, he joined Harvard University (1980) and completed Bachelor Degree of Arts in Physics. Subsequently, he enrolled to University of Texas at Austin (1983) and gained Master of Arts in Astronomy and finally to the Columbia University (1989) where he achieved Master of Philosophy in astrophysics and doctorate after two years (1991).

In 1994, Neil deGrasse Tyson linked to the Hayden Planetarium as a staff scientist. In the mean course he served as a visiting research, scientist and professor in the Princeton University. Thoroughly, he was appointed as a director (1996) in Planetarium. And he oversaw its $210 million reconstruction project which was completed in 2000.

Tyson began to write some of the essays in the universe column for natural History magazine from 1995 to 2005. Among them,some of the writings were published in his book Death by Black Hole (2007) and astrophysics for people in a Hurry (2017). Subsequently, he appeared in books Merlin’s Tour of the Universe (1998) and Just Visiting this planet (1998) where his material from column in Star Date Magazine, answering questions about universe, were included too.

By 2001, Astrophysicist Neil deGrasse Tyson facilitated government commission on the future of the U.S. Aerospace industry and the Moon, Mars and beyond commission by 2004. For his active participation and excellent performance,he was awarded with the title of NASA Distinguished Public Service Medal in the same year. Neil deGrasse, being able to scatter the impact of wonders of science in practical life, was awarded with Public Welfare Medal (2015) for his extraordinary roles

Astrophysicist Neil deGrasse Tyson, being inspired and motivated by scientists including Isaac Newton, Carl Sagan, Richard Feynman and Albert Einstein,  had a motto to be like them. So, he began to dedicate and invest his time and energy in research and be sincere to his duty. He used to say, “Someone had created a new innovation and served us today. I want to be the next one to serve the people with new creation and development.”  Neil deGrasse Tyson’s major fields are: Astrophysics, Physical cosmology, Science Communication.

Following the victory, he motivated himself and arose with new concepts.  Astrophysicist Neil deGrasse Tyson involved in television show Nova scienceNow (2006-2011) on Public Broadcasting Service (PBS) as a host. Constantly, he appeared as hosting on Star Talk (2009), airing on National Geographic (2015), and on the television series including cosmos: A Spacetime Odyssey, successor to Carl Sagan’s 1980 series Cosmos: A Personal voyage. Neil deGrasse was awarded with Public Welfare Medal (2015) for his extraordinary roles in the impact of wonders of science through practical life. Moreover, he appeared in radios and various social media outlets.

Beyond his contribution to Scientific and Astronomical sectors, he had contributed to Books including:  Space Chronicles: Facing the ultimate Frontier (2012), Welcome to the Universe: An Astrophysical Tour (2016), Astrophysics for People in a Hurry (2017) and many more. As a science communicator, he was involved in publications of several researches too. “The Faint-end Slopes of Galaxy Luminosity Functions in the Cosmos Field” was the last research published.

Neil deGrasse Tyson married to Alice Young in 1988. Back to the love-life history, Astrophysicist Neil deGrasse Tyson had met his wife at the University of Texas at Austin in Physics class. The couple were blessed with two children named Miranda Tyson (daughter) and Travis Tyson (son).

Basically, Astrophysicist Neil deGrasee Tyson had been appeared in more than 5 professions including Actor, Author, Cosmologist, Television Editor, and Astrophysicist. And they are the sources of his income. Presently, his net worth is estimated to be around $ 2 million.