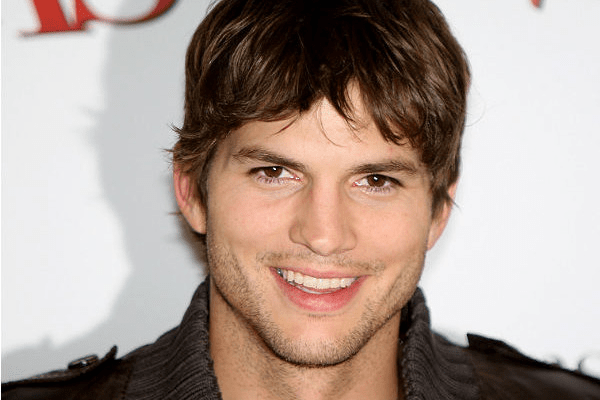 Best known for starring as Walden Schmidt on CBS sitcom Two and a Half Men, Ashton Kutcher net worth accelerated as he gained limelight in his acting career.

Ashton Kutcher is an American actor and an entrepreneur. First of all, Kutcher began his career as a model. Later, he turned into an established actor. Ashton Kutcher net worth and recognition increased with his role in box office hit film Dude, Where’s My Car? Before the film, he made his debut with Coming Soon. Eventually, he became a prominent actor with his lead role in The Butterfly Effect.

Apart from movies, he has appeared in a number of television series. He first appeared in That ‘70s Show. Later, he starred as Walden Schmidt on CBS sitcom Two and a Half Men.

Ashton Kutcher was born Christopher Ashton Kutcher on February 7, 1978 in Cedar Rapids, Iowa in the United States. His parents are Diane, a P&G employee and Larry M. Kutcher, a factory worker. Kutcher is an American while he has Czech, German and Irish ancestry. He grew up with his older sister Tasha and fraternal twin brother Michael in a relatively conservative Catholic family.

Kutcher went through stressful days when he was young. His brother, Michael, had cardiomyopathy and he did not want to return home to hear any bad news of his brother. Kutcher says he used to keep his mind busy to avoid thinking of his brother’s illness. He even considered suicide to save his brother through a heart transplant. Kutcher was only 13 at the time. However, Michael’s heart transplant got successful.

Ashton Kutcher started his education from Washington High School. Later, he joined Clear Creek Amana High School when his family moved to Homestead, Iowa. When Kutcher was in high school, he developed passion for acting and started his preparation through school plays. But after his parents’ divorce, his life got worse. He was 16 at the time.

Consequently, Kutcher got into bad habit after his parents’ divorce. He broke into high school with his cousin to steal money. As a result, he was arrested and convicted for third-degree burglary. Therefore, Kutcher underwent three years’ probation and 180 hours of community service. The punishment/conviction straightened him out but also made him lose his girlfriend. Further, his community and school became the place where he was disliked.

Later, Kutcher joined University of Iowa in 1996 where he planned to major in biochemical engineering. He chose the major so that he could find a cure to his brother’s heart disease. When he was a college student, he got kicked out of the apartment for being noisy and wild.

In order to pay his tuition fees, Kutcher worked as a college summer hire in General Mills and even occasionally sold his blood. A model scout approached him at a bar in Iowa City and he got to enter “Fresh Faces of Iowa” modeling competition.

Ashton Kutcher net worth increased when he won the competition. Then with busy schedule, he dropped from college.On top of that, he also won a trip to New York City for International Modeling and Talent Association (IMTA) Convention. Kutcher then shifted to Los Angeles to pursue his career in acting.

Ashton Kutcher net worth began to rise as he signed with Next modeling agency in New York. Soon, he appeared in Calvin Klein commercials and modelled in Paris and Milan.

After gaining highlight from modeling, he moved to Los Angeles to continue his younger days’ passion. He auditioned and landed Michael Kelso role in television series That ‘70s Show. The show ran from 1998 to 2006. He also auditioned for Danny Walker in Pearl Harbor but did not get the role. However, Ashton Kutcher net worth skyrocketed as she starred in a number of films like Dude, Where’s My Car? (2000), Just Married (2003) and Guess Who (2005).

Similarly, Ashton Kutcher net worth and prominence grew as she played a conflicted young man in box office success The Butterfly Effect (2004). During the same time, Kutcher starred in his self-produced series MTV’s Punk’d. Similarly, he worked as executive producer of reality television shows Beauty and the Geek, Opportunity Knocks ,Adventure in Hollywood and The Real Wedding Crashers . Additionally, he produced and starred in action comedy Killers (2010).

In 2011, he landed a role in Two and a Half Men, which was $20 million contract for a year. Ashton Kutcher net worth as well as recognition heightened with his role as Walden Schmidt in episode Nice to Meet You, Walden Schmidt. 28.7 million people watched it on September 2011 while Kutcher earned $750,000 per episode.

Apart from earning through acting and entertainment, Ashton Kutcher net worth rose with his successful investment in several technology startups. He has investments in more than 60 companies including Skype, Airbnb and Foursquare. Similarly, he is also the cofounder of venture capital firm A-Grade Investments.

In 2013, Lenovo announced Kutcher as their product engineer. Further, he is a part of management team for Ooma. The actor has also created an interactive arm of Katalyst with his partner, Jason Goldberg. Ooma replaced Kutcher with Rich Buchanan for the position of Chief Marketing Officer in 2008.

Restaurant and Other Work

Ashton Kutcher net worth increased even more as he invested in an Italian restaurant, Dolce and Japanese-themed restaurant, Geisha House. They are located in Los Angeles and New York City respectively.

The actor believes in social and humanitarian service. Therefore, he has established an international human rights organization Thorn: Digital Defenders of Children with his then-wife Demi Moore. It works to address sexual exploitation of children on a global scale.

In 2011, he launched his own Twitter client with UberMedia, A Plus. It was firstly launched for desktop computers; however, it is now available on mobile. Kutcher teamed up with Evan Beard and Kendall Dabaghi to launch A Plus. Ashton Kutcher net worth increased as A Plus ranked among top 50 site in the US in terms of unique visitors. Kutcher himself is the current chairman of A Plus.

The top notch actor married actress Demi Moor on September 24, 2004. However, they did not last long. So, Moore announced her intention to end marriage in 2011. They divorced on 2013, a year after filing divorce, in LA Supreme Court citing irreconcilable differences.

The actor Ashton Kutcher net worth increased not only because of his acting career, but also due to his involvement as venture capitalist. Ashton Kutcher has a net worth of $140 million currently. Forbes magazine has listed him as #1 highest-earning actor on television recently.


This is rad in theory. https://t.co/EkhnNGPNQu