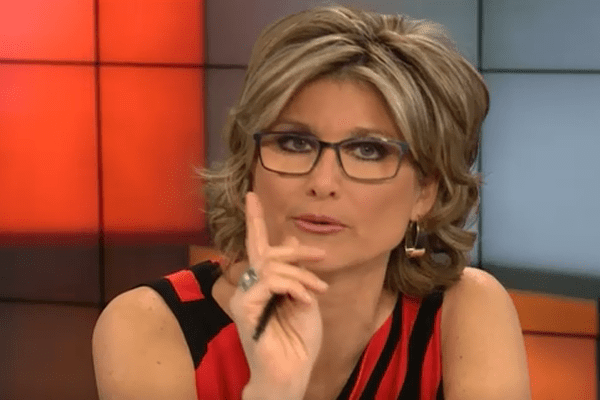 Ashleigh Banfield who is famous Canadian- American Journalist is basically famous for her signature rectangular eyeglasses in which she looks very smart and beautiful both at the same time. She has got a strong fan base and people had always shown some keen interest upon Ashleigh Banfield biography because it is an interesting one.

Ashleigh Banfield has been significantly active in the industry since 1988 to present. This very journalist is affiliated with CNN and HLN which is the sister station of CNN itself. She is the host of Primetime Justice with Ashleigh Banfield in HLN. This Ashleigh Banfield biography entails her compact information related to career and personal life.

Ashleigh Banfield was born on 29th of December, 1967 in the beautiful place of Winnipeg, Manitoba, Canada. She was born to parents Suzanne Elizabeth and John Alexander Banfield. Her mother Suzanne is originally from Holland.

Since Ashleigh was born in Canada, she spent most of her childhood there. She went to Balmoral Hall School. The school is a private university preparatory school located in Winnipeg, Canada. She left the school in 1985. She then went to Queen’s University in Kingston, Ontario in 1988 and earned a Bachelor of Arts degree in French and Political Science.

After that, the journalist went to the University of British Columbia situated in Vancouver, British Columbia to pursue study in French. Ashleigh got graduated in 1992. Hence, this concludes education and qualification section of Ashleigh Banfield biography.

Ashleigh started her career in the field in 1988. Her first job was with CJBN-TV in Ontario. Then she went to CKY-TV in Winnipeg. After that, she also worked for CFRN-TV.  Then she started working as a producer for CICT-TV as a producer from 1992 to 1993. There she also worked as a business correspondent and an evening news anchor. Here we come to an end of her career in Canada.

Her career in the United States has some major twists and turns where she was taken in by MSNBC in 2000. Before joining the network, she was an employee at KDFW-TV in Dallas. After 911 incidents, Banfield was sent around the world as a producer of a program ‘A Region in Conflict’. After that Banfield joined CNN in January 2012 as a Co- Anchor in the show named Early Start. Then she became the host of Prime time Justice with Ashleigh Banfield in HLN.

As already mentioned, Ashleigh Banfield is famous for her signature rectangular glasses. On the top of that the executives of MSNBC liked her Clark Kent- style glasses apart from her blonde hair. Banfield has been commented and criticized many times ever since she has landed herself in CNN which is one of the nation’s largest news networks.

Banfield got married in 2004 to her longtime boyfriend Howard Gould who is a real state financier by profession. He is the founder of the Carbon Credit Trading Company Equator Environmental. The couple started dating around the year of 2002 and they met in the same year. They met at Central Park in New York. The couple got married at the Royal Lake of the Woods Yacht Club in Canada. They have two sons.

The couple was so in love during the initial times but Ashleigh Banfield married life with Gould could not last long. It is rumored that they had personal differences and they had to get divorced eventually. By looking at their relationship before, everyone had imagined that Ashleigh Banfield married life would be filled with only flowers and no thrones but like it is said, future is uncertain, it certainly is. It is said that the couple had separated in good terms.


Just had the greatest @Delta flight crew ..Opal and B.J & 1st ofc Kali! So FABULOUS! Flight #4060 . Credit where it's due! Thanks ladies! pic.twitter.com/k6hFprhKZr