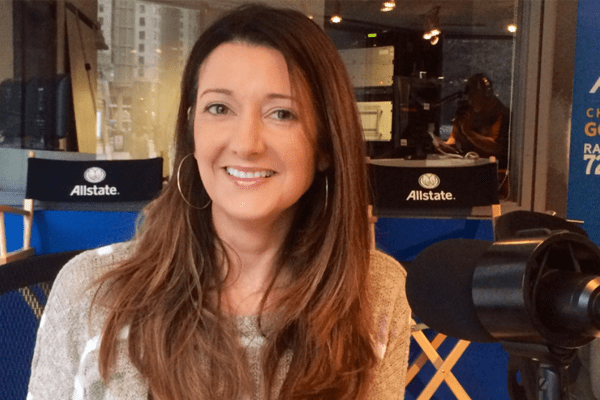 Anna Davlantes was born in Chicago and has lived there most of her life.

Anna began her journalism career by working in ABC-affiliated WPTA-TV based in Fort Wayne, Indiana. She is known to have worked for Fox station KRIV based in Huston as a primary anchor. Anna came into the limelight in 2003 when she covered the powder puff hazing incident at Glenbrook North High School. The video showed seniors hazing juniors at a powder puff game. Anna was also called to The Oprah Winfrey Show or her story. She caused the national hazing reform through her story.

Anna is an avid diver and is also known for her underwater HD documentary, Get Into The Shark Tank which won an Emmy Award. She was its host and producer. This documentary was aired on NBC Chicago. Anna has also made headlines when she contributed in a series of reports exposing mob intimidation in Bridgeview, Illinois in 2005. This caused her to get various threats but she went on to work for good.

Anna has also worked for WXIN-TV in Indianapolis. Furthermore, she has worked for Fox Chicago in its WFLD-TV station. She briefly has also worked for NBC-owned WMAQ-TV. Anna works on WLS-AM radio as a co-host. She is also a radio host for WGN Radio. She has also anchored WGN-TV. Furthermore, Anna has also contributed many stories for CNN and MSNBC. It was reported that Anna was asked to work for Timeout magazine but she declined the offer in order to work in Chicago.

Anna Davlantes is married to her husband David R. Gamperl. Anna married David in 2011 and the couple has been together since. There have been no rumors about extra-marital affair or divorce till date. Her husband, David is known to be a businessman based in Chicago, Illinois, America.  Anna revealed in 2011 that she was expecting a baby in December. Anna Davlantes baby has thick Greek hair which was revealed through her twitter.

Anna Davlantes has received many awards and honored during her lifetime for her exceptional contribution in the field of journalism. She has been awarded Ethics Award in Journalism from The Chicago Headline Club. For her work, Anna received a Herman Kogan Award from The American Bar Association, and an Emmy Award for the documentary, ‘Get Into the Shark Tank’. Furthermore, Anna Davlantes has received six regional Emmys.