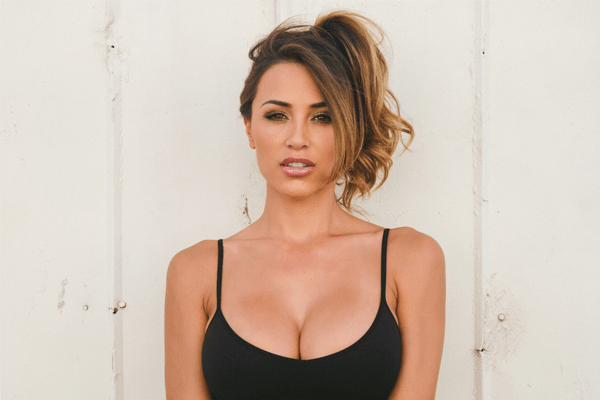 Exercise and fitness has always been the most fashionable thing in the world. On the top of that, when the fitness and exercise are promoted by such a hot model like Ana Cheri, more people will be attracted to it. Instagram fitness model Ana Cheri is ruling millions of hearts these days and has accumulated millions of dollars and that is absolutely awesome.

Fitness model Ana Cheri is a popular social networking star. This professional model is a successful entrepreneur. The hot model regularly posts her perfect bikini body on social media that really motivates many people out there to work out. It won’t be a stretch to say that call her a work out queen.

Model Ana Cheri was born on May 16, 1986, in Huntington Beach, California. She is an American by nationality. Currently, she lives in Westminster, CA. She grew up in Southern California among brothers.

Ana was into modeling from her early ages and she was a fitness conscious person right from the beginning.

Ana started her career in modeling earlier than she actually became popular. It was only in 2009 that Ana’s career as the model took major attention after she appeared in posters and brochures for the likes of Punch Magazine and Toyo Tires. She started getting affiliated with cosmetic publications and promotional advertisements for events like as FOX Racing and the Long Beach Grand Prix D1.

Ana Cheri career as a fitness model is touching the sky. With the followers crossing 9 million in Instagram, she has proved that she is very much popular and liked by many. Ana has worked with acclaimed companies like Monster Energy, K&N Filters, Moskova Underware and Ultimate Armwrestling League.

Ana also became a brand ambassador for Shredz. Ana has been featured as an as a Maxim Instagram Girl of the Week. It is to be noted that she was also featured in Playboy as Miss October 2015 where she posed nude. Model Ana has also been involved in developing ‘Want my look’ which is an active wear line.

Model Ana Cheri loves to exercise. Exercise is not her lifestyle but her life. Ana Cheri personal life is simple without much of a hustle and rumors. Though she is a social media star, she just knows how to keep her personal life personal. The girl has got talents. Ana Cheri who is very beautiful is a real cherry on the top.

Model Ana Cheri got married to a handsome Ben Moreland who is a personal trainer by profession and is also a fitness expert. The couple looks so dashing together and they are undoubtedly a couple goal. By looking at them, one would certainly believe that soul mates are made in heaven. They not only look beautiful together but also are very understanding and loving. More precisely, Ana and Ben have a very strong bond when it comes to understanding. This might be because both of them are fitness lovers and working to promote it. They prove that the couple sharing common hobby stays happy. The couple is a relationship goal, is a marriage goal and much more. Ana and Ben do not have any children yet, at least it looks that way as no such news has been into the media yet.

The model is in the early thirties. Hot Ana Cheri looks hotter in every new picture that she posts. For your information, Ana Cheri Hot pictures are all around the internet so anyone and see her and get motivated to get a perfect body like hers.

Blue Agave ?? . . Have you seen my show, at @be_more_athletics where I train 3 women for 12 weeks and put them through Crazy challenges and get them ready for a major competition?? Link is in my bio. ?? . Photo: @ajh_photography

Ana Cheri is a very recognized fitness model and her efforts have always been acknowledged. She was featured in a vlog by YouTuber Timothy DeLaGhetto. It has already been mentioned that this hot model is very popular in social media, so it would be a complete madness if someone is concerned about her level of activeness in social media. She definitely has her active accounts on Instagram, twitter etc.

Ana Cheri’s Instagram is flooded with many followers. Actually, many would not be a right word here, we must say her Instagram has an immense number of followers. Ana Cheri Instagram has more that 9 million followers and the number is increasing and increasing. She was also named as ‘new queen of Instagram’ by the Chive.

$50 gift for you!! Be safe this weekend, don't drink and drive! ???❤️? pic.twitter.com/PKmmWwKSCy