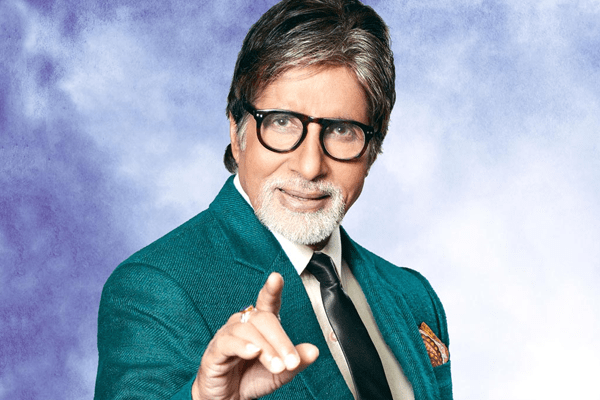 With starting of 2017, Amitabh Bachchan net worth is estimated to be $400 million (2,667 crore rupees). Thereby making him one of the wealthiest actors in the world. His total annual numeration from varied sources came up to nearly INR 100 crores. Bachchan charges INR 6 to 10 crores per movie. However, Amitabh Bachchan net worth is not only the result of his acting in  films. He is also hosting the popular TV show called ‘KBC’ for which he charges INR 7 crores and about INR 5 crores for each commercial endorsement.

Amitabh who is known as a versatile actor is also a businessman, singer, former politician and philanthropist. With a career over more than 4 decades and nearly 200 films, Bachchan is considered as one of the most influential, and greatest actors in the history of Bollywood cinema. He established himself in the Hindi movie industry as one of the major protagonist on and off the camera. Amitabh Bachchan net worth is however result of Bachchan’s great hard work, dedication and patience.

Amitabh Bachchan was born on October 11, 1942 in Allahabad, UP, India. His father was Harivansh Rai Bachchan, a Hindi poet and a Hindu, while his mother, Teji Bachchan, was a Sikh.

Bachchan was initially named Inquilab. Later his father’s fellow poet Sumitranandan Pant, suggested his name as Amitabh which means “The light that will never die”.  Although his surname was Srivastava, Harivansh Rai gave him the pen name Bachchan.

Bachchan started his career in movies as a voice narrator in the movie Bhuvan Shome. The film was directed by Mrinal Sen in the year 1969.

His first role as actor was in the film ‘Saat Hindustani’ where he played one of the 7 protagonists.

He then had supporting roles in varied movies such as Anand, Guddi, Parwana, Reshma Aur Shera, Bombay to Goa and Bawarchi.

In 1972, the angst of society gave into a sweeping change of action based movies in Bollywood. As a result, Amitabh got the role of a brave and hot tempered police officer in the movie Zanjeer (1973), directed by Prakash Mehra. He then continued playing guest, lead and supporting roles in various types of movies.

In the year 1975 with the realese of two mega-blockbuster movies ‘Deewar and Sholay’ Amitabh’s career rose to sky high heights. Amitabh Bachchan net worth reached to peak. Such blockbusters established Bachchan as the common people’s dream hero. People started reiterating his move and styles and he thus became their superstar.

The movie ‘Coolie’ released in 1983 which went on to secure full houses. It is said that the movie became a huge hit because of the fact that Bachchan was almost killed while performing a stunt in the film.

Year 1984 was a time when Bachchan completely joined politics with his family friend Rajiv Gandhi.

He competed against H.N Bahuguna for Allahabad’s seat of 8th lok sabha .He was elected with one of the highest victory margins in general election history (68.2% of the vote).

Later he resigned from politics after three years of service, because he thought the politics was a cesspool. The resignation was followed by the controversy of Bachchan and his brother in the “Bofors scandal” by a newspaper, which he vowed to take to the court. He was found not guilty of involvement in the ordeal.

The company was involved in film production and distribution, audio cassettes and video discs , production and marketing of television software, event and celebrity management . With the launch of this business, everyone believed that Amitabh Bachchan net worth will definitely be huge.

However, gradually it was not successful and soon raked up huge losses. The company was soon declared a failed company and Bachchan faced several legal problems and a huge debt.

Amar Singh of the Samajwadi Party helped him to get rid of financial and legal problems. Hence, it is said that he became a supporter of Amar Singh.

His wife, Jaya then joined the party and became a member of the Rajya Sabha. Bachchan was not actively involved in the Samajwadi Party, but he helped the party through various activities such as political and election campaigns and advertisements.

House and cars of Bachchan

Amitabh Bachchan net worth today is also based on the properties he have. Amitabh lives with his family at the posh bungalow ‘jalsa’ in Juhu, Mumbai. It is spread across 10,125 sq.ft.

He has recently purchased another plot of land adjoining Jalsa. ‘Prateeksha ’was his previous opulent bungalow which is also in Juhu. He owns 2 more houses in the Juhu area.

Bachchan is very fond of luxurious cars. His expensive, and exclusive collection of beautiful cars include:

Till 2015, he has won 204 awards. This involve 3 National Film Awards (same as, that of Kamal Hassan and Mammooty), 14 Film fare Awards and countless international awards. Amitabh has the highest number of Filmfare Award nominations by any actor in any category, 39 to be specific.

In 1984, the Government of India awarded him with Padma Shri,Padma Bhusan in 2001,Padma Vibhushan in 2015. For the contribution of Bachchan’s to cinema France conferred upon him ‘The Knight of the Legion of Honour’ in 2007.

He became the first Asian to be modeled in Wax for Madame Tussauds Wax Museum in London in 2000.

Amitabh is known for his deep, baritone voice.

He used to be a narrator, playback singer and host for countless programmes. In the movie Shatranj Ke Khilari Bachchan has used his voice as a narrator which was released in 1977.

Similarly, in the Oscar-winning French Documentary (March of Penguins) he lent his voice to hypnotize the audience in the year 2005.

Happy Diwali from the entire family. … to the family of the world …