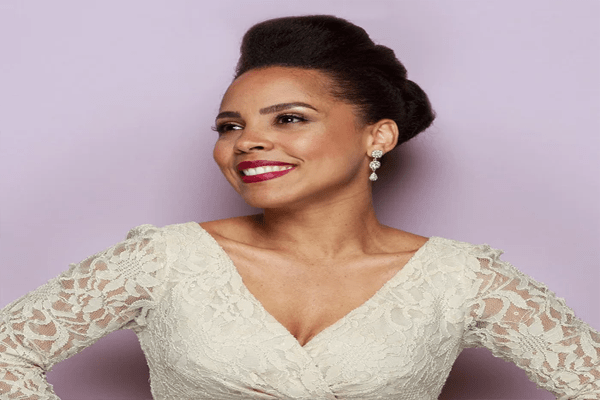 Amirah Vann, Underground’s Ernestine is an American actress and TV personality, best known for her work in theater and her role at And So It Goes (2014) and Tracers (2015).

Along with stars Aldis Hodge, Jurnee Smollett-Bell and Christopher Meloni, Amirah is also shining as she has received much attention and buzz from fans and critics through her performance in Underground series.

Along with gaining popularity, Amirah Vann net worth has also reached around 0.3 million.

Amirah Vann was born on July 2, 1978, in New York City, the U.S. to African-American father, and Puerto Rican mother. She also has an older sister who is married. Amirah has two nieces and a nephew from her sister.

Vann got her education at Far Rockaway High School. She has a bachelor’s degree from Fordham University and Masters of Fine Arts degree from NYU’s Tisch School of the Arts.

When she was in grad school, Van had traveled and performed in Florence, Italy. She has performed in plays like ‘Wax Wings’ and ‘Trouble in mind.”

Before having a professional career, Amirah Vann worked as a wedding singer and was a part of a band. Vann then became a background dancer at an event featuring Tracy Morgan for her debut as a performer.

Later, Vann appeared in films like And So It Goes and Tracers doing secondary roles before her breakthrough performance as Ernestine in drama series “Underground” in 2016. She was nominated for Underground as Outstanding Supporting Actress in a Drama Series.

However, the series did not long last as the series was canceled after two seasons in 2017. Following the same year, Vann guest starred on Law & Order: Special Victims Unit. She had a recurring role on the final season of Major Crimes as Special Agent Jazzma Fey.

Vann then appeared in a recurring role on the ABC legal drama How to Get Away with Murder during the 2017-18 season.

She even went to star on the ABC drama pilot The Holmes Sisters in 2018. Regina King and Robin Roberts produced the drama. She later appeared on the USA Network limited series known as Unsolved: The Murder of Tupac and The Notorious B.I.G. as an FBI agent.

Underground actress, Vann has shared a romantic relationship with her boyfriend named as Patrick Oyeku (Vice President). The couple has been giving up clues of them being together openly on social media including Instagram..

The couple have posted their pictures together expressing their affection and love for one another on their Instagram. 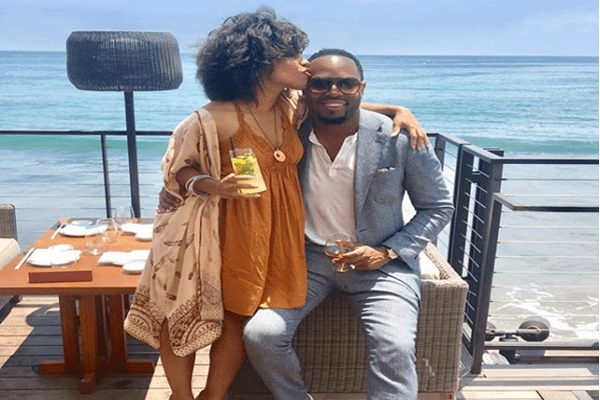 Moreover, they love to dine out and support black chefs, as they had recently supported the Black Chef’s Series in Harlem for a fun time uptown.

Amirah Vann and her Boyfriend Patrick Oyeku are living together.

The lovebirds usually travel different places and post their loving pictures on Instagram. They also had enjoyed a little R&B in wine country along with turning themselves into pieces of art.

Vann has also posted the picture of them on her Instagram by posting a status,

“This man right here is pure love. I’m so grateful to have him in my life babe! Love You @patrickoyeko.”

This man right here is pure love ? I’m so grateful to have you in my life babe! Love you @patrickoyeku ? #thejourneygotthatmuchSweeter #HappyValentinesDay #spreadlove #grateful

However, the loving couple does not have any children.

According to Muzul, Amirah Vann net worth is estimated to be at 0.3 million. Vann’s source of income is from her professional career.

Appeared on the front cover page of Ebony magazine in 2017, Vann had earned a massive amount from the series ‘Underground’, which is added to Amirah Vann net worth. Her exact income and salary are yet to be revealed. 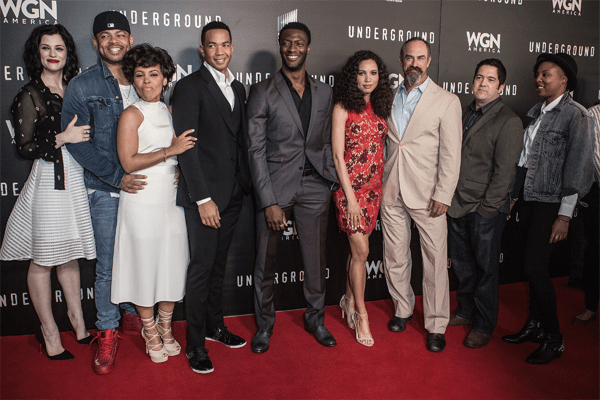 Amirah Vann with the team of “Underground.” Image source: The Black Youth Project

Be connected to SuperbHub, regarding celebrities Biography and Entertainment.