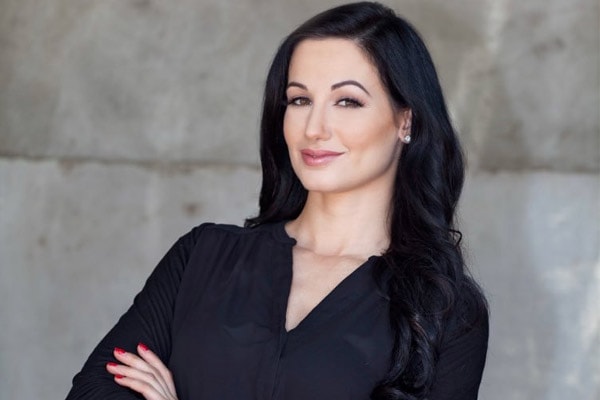 Amie Nicole Harwick is the soon to be Drew Carey‘s wife. She is already engaged to the TV personality Drew Carey while their marriage is still pending. Harwick is popular in the United States mainly in the California area as a Family and Marriage Therapist.

Nicole Harwick aka Dr. Amie Harwick was born in the United States on 20th May 1981. Harwick earned her B.A. in Psychology from California Polytech University in 2006. Later in 2008, she joined Pepperdine University and completed M.A. in Clinical Psychology in 2011. Amie is a licensed family and marriage therapist at the moment.

Amie Harwick’s Net Worth and Earnings

The fiancee of Drew Carey Amie Harwick has an estimated net worth of $500 thousand. Harwick grossed large amount to her net worth from her hard work in the medical field. She is not only marriage and family therapist but also specializes in Sex therapy as well.

According to Harwick’s profile in Psychology Today, her average earning per session ranges from $100 to $200. She is generally a specialist in Mood disorders, Sex Therapy, and Anxiety. Dr. Amie Harwick focuses on adolescent/teenagers, adults, and Elder clients.

Besides earning as a private therapist, Amie Harwick also is also earning from her book ‘The New Sex Bible for Women.’ Her book is the complete guide to sexual self-awareness and intimacy. The Kindle edition of the book costs $9.99 whereas the hardcover costs $14.68 in Amazon.

Throwback to last year when my book #thenewsexbibleforwomen came out through @QuiverBooks! #sexuality #education pic.twitter.com/n4p2aOtcsd

Moreover, Harwick also earns some dollars from various sites and magazines. She has contributed articles to numerous magazines including Elite Daily and Glam Magazine. Also, she does modeling for these magazines earning a certain sum of money.

The 37 years old author Amie Harwick is the fiancee of the famous Who’s Line Is It Anyway? Host Drew Carey since January 2018. But their tieing the knot ceremony is still pending. 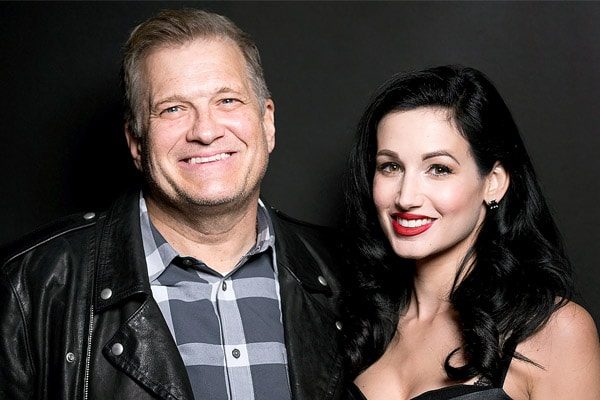 Amie Harwick is the fiancee of comedian and TV personality Drew Carey.
Image Source: US magazine

Drew Carey and Amie Harwick met for the first time at a house party in June of 2017. They fell in love and began dating since then. The couple started posting photos with each other since then on their social pages. After being in a romantic relationship for about half a year, the lovebirds got engaged at the beginning of 2018.

The beautiful therapist Amie Harwick does not just have two Instagram page for herself. She has also opened an Instagram Page for her Cat named Marquis De Chat. Her cat’s Instagram has over 1200 followers.