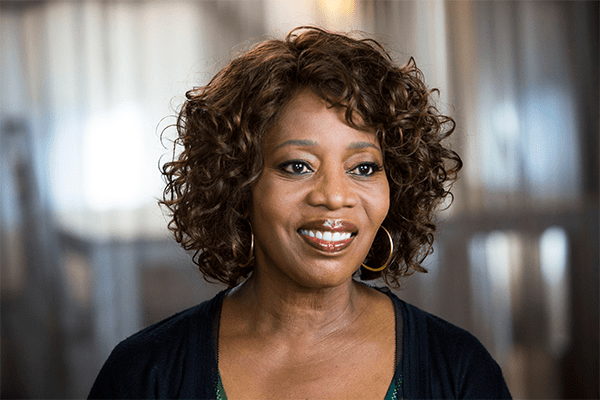 American film, stage, and television actress, producer, and political activist, Alfre Woodard has gained popularity for being one of the most versatile actresses in the Hollywood arena. Alfre Woodard movies are critically and commercially acclaimed. Alfre Woodard Civil War movie appearance has brought her back to the limelight.

Alfre Woodard was born on November 8, 1952, in Tulsa, Oklahoma, U.S. Her mother Constance was a homemaker while her father Marion H. Woodard was an entrepreneur and interior designer. She spent most of her childhood days with her two older siblings.

Alfre Woodard joined Bishop Kelley High School based in Tulsa. She then went on to study drama at Boston University. After graduation, she moved to Los Angeles, California in order to pursue her dreams of becoming an actress.

Alfre Woodard movies career started in 1978’s ‘Remember My Name as Rita’. However, Alfre Woodard movies in the 1980s and 1990s that brought her into the limelight were 1983’s Cross Creek as Beatrice “Geechee”, Scrooged as Grace Cooley, Miss Firecracker as Popeye Jackson, The Gun in Betty Lou’s Handbag as Attorney Ann Orkin, Heart and Souls as Penny Washington, Blue Chips as Lavada McRae, Star Trek: First Contact as Lily Sloane, among others. Since 2000, Alfre has made notable contributions in movies like Take the Lead, The Family That Preys, 12 Years a Slave as Mistress Harriet Shaw, Mary Lou Williams: The Lady Who Swings the Band as Mary Lou Williams, and more. Alfre Woodard Civil War cameo appearance from the Captain America movies as Miriam Sharpe has gained wide fame in 2016.

In the TV arena, Alfre Woodard has been noted for her role as Dr. Roxanne Turner in St. Elsewhere, as Winnie Mandela in Mandela, as Harriet Tubeman in Race to freedom,  as Betty Applewhite in Desperate Housewives, and as Mariah Dillard in Luke Cage, among others.

Alfre is married to her husband, Roderick Spencer who is a writer. The couple married in 1983 and has been together since. The couple has adopted two children named Mavis and Ducan. The family currently lives in Santa Monica, California. Mavis was the 2010 Miss Golden Globe.

For her remarkable career in acting, Alfred Woodard has received many awards and award nominations throughout her years in cinema. Alfred Woodard movies have also led her to an Academy Award nomination for Best Supporting Actress in Cross Creek. Alfre has been nominated in 5 Black Reel Awards and won one. Out of three Golden Globe Award nominations, Alfre has won one. Till date, Alfre has won 8 NAACP Image award. Out of 18 Primetime Emmy Awards nominations, Woodard has nabbed four. She is the recipient of a Satellite Award, three Screen Actors Guild Awards, and four Film Critic Awards. Furthermore, Alfre Woodard has won awards like Joe A. Callaway Award, CableACE Awards, Independent Spirit Awards, Women in Film Crystal Awards, Gracie Allen Awards, and more. She has been nominated for a Saturn Award, Grammy Award, and BET Award among others.

Alfre Woodard IMDb profile has details of her personal as well as professional life. The biography of the very beautiful and talented, Alfre Woodard can be found on various social media sites like Wikipedia, IMDb, Twitter, Facebook, and more.