ALEX JONES NET WORTH, TWITTER, THE ONE SHOW, & AGE 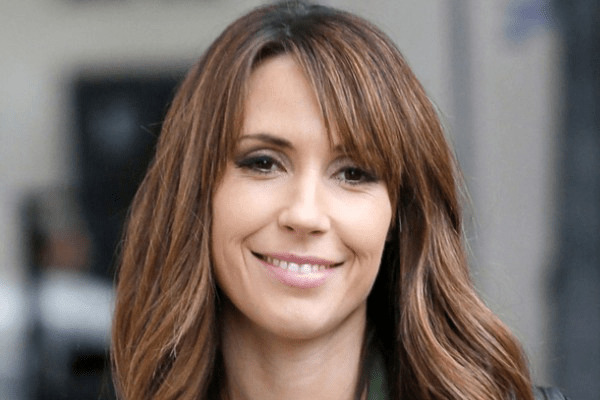 Welsh TV personality, Alex Jones’s net worth has been amassed from her work in BBC One’s The One Show, Let’s Dance for Comic/Sport Relief, Strictly Come Dancing, The Sport Relief Games Show, and more.

Alex Jones is an eminent Welsh television personality. Alex Jones’s net worth is known to have been accumulated from her remarkable career as a presenter for The One Show, Let’s Dance for Comic/Sport Relief, The Sport Relief Games Show, Shop Well For Less?, Close Calls: On Camera, and as a contestant for Strictly Come Dancing. The details of Alex Jones’ The One show, age, twitter account, net worth and more can be found on numerous social media sites that are constantly viewed by her fans all around the world.

Alex was born as Charlotte Alexandra “Alex” Jones on 18 March 1977 in Ammanford, Carmarthenshire to parents Alun and Mary Jones. She also has a younger sister named Jennie.

As a child, Alex enjoyed and was proficient at ballet dancing. She went on to attend University of Wales, Aberystwyth to study theatre, film and television. Alex Jones is fluent in English and Welsh. She has also studied in Welsh language school Maes yr Yrfa.

Alex Jones began her career as a television researcher. She then began presenting for BBC Choice. Soon, she began appearing in Channel 4’s RI:SE. Alex Jones also co-hosts on Real Radio GMG in Wales. Alex Jones’ The One Show started on 25th July 2010. Alex is credited to have been a contestant in the ninth series of Strictly Come Dancing with her partner, James Jordan. They finished fifth. As of 2016, Alex Jones is a presenter of Close Calls: On Camera, Shop Well for Less?, and Alex Jones – Fertility and Me.

Alex Jones does not have a long dating history. She was in a relationship with her boyfriend, Charlie Thompson. Thompson is a insurance broker in New Zealand. The couple was in a relationship for long and in an episode of The One Show; Jones revealed that she and Thompson were getting engaged. The couple soon got married on 31st December 2015 at Cardiff Castle. The wedding was simple and elegant. Jones had to get a restraining order against a homeless man who followed and posted tweets on Jones’s twitter account and claimed to be her lover and visited her workplace.

Alex and husband Thompson are living happily and are ready to welcome a new member to their small family. The couple publicized that Alex was pregnant with their baby on 2nd September 2016. The baby is due in 2017. Alex has still been working and is living happily with her husband.

Alex Jones’ age at present is 39 years old. Alex Jones’ age seems to exceed her personality. She looks younger than her actual age and is equally enthusiastic towards her work as she was in her youth. Alex Jones’ hair is straight, long and light brown colored. Jones’ eye color is light brown. Alex Jones’ height is 5 feet 6 inches. She has an exceptional hourglass shaped body. As of 2016, she is pregnant and is undergoing various changes in her weight.

Alex Jones’ is not only an exceptional TV personality but is also a remarkable human being. She has been a part of many charitable events. Jones is also noted to be a benefactor for the Kidney Wales Foundation. She has also taken part in March 2014’s Sport Relief where she went up the 1200 feet Moonlight Buttress based in Zion National Park, Utah along with climber Andy Kirkpatrick. In the event, Jones collected 1281476 pounds along with her team mates. She has raised money for many events like the Sports Relief telethon where she along with her team collected 1062868 pounds. For her contribution to the Welsh culture, Alex Jones was appointed as a member of the Gorsedd of the Bards at the National Eisteddfod of Wales ceremony in Meifod, Powys.

Tags: AGE, ALEX JONES NET WORTH, THE ONE SHOW, TWITTER

Thanks to a fantastic team @YOUMagSocial. Love being your cover girl. Thanks also to @julesvonhep for the glow!!! X https://t.co/MK1ZK9u6di