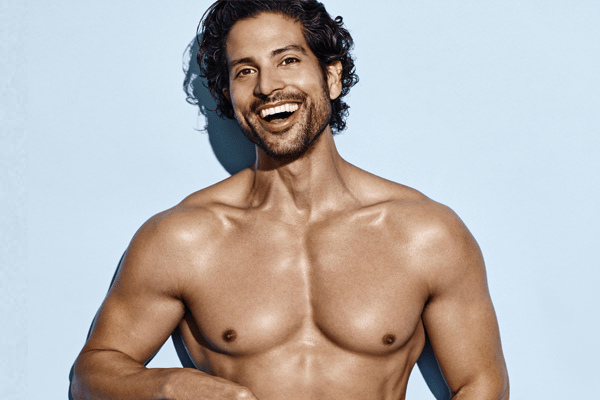 Adam Rodriguez is an American Actor, Screenwriter and Director having last appearance on film CHiPs (2017), television series Criminal Minds (2016-present) and video It Kills Me (2009. Because of a successful career at both films and television series, Adam Rodriguez Net worth is reaching the height along with an effective professional career. Full bio is given below.

Adam Rodriguez, born on April 2, 1975 is especially popular for his television roles CSI: Miami as Eric Delko (2002-2012). Apart, his role is popular in  movies like Magic Mike (2012) as Tito, I Can Do Bad All by Myself (2009) as Sandino and Magic Mike XXL (2015) as Tito. Besides a television personality, Adam also served as a board member for the Hispanic Scholarship Fund. Before entering into the entertainment industry, Adam was a stock broker.

Adam Rodriguez was renamed as Adam Michael Rodriguez during his birth on April 2, 1975 by his parents Ramon Rodriguez and Janet Rodriguez. His father Ramon is of half- Puerto Rican and half-Cuban whereas his mother is of Puerto Rican ancestry. Adam, along with a sister Vanessa Rodriguez Spencer, raised in Yonkers, New York, United States.

Reviewing back to Adam educational history, he joined Clarkstown High School North located in New York City and graduated in 1993.

Primarily, Adam wanted be a professional baseball player. However, an injury which he got during his high school, led him to turn his devotion towards acting . Then he arose in a  totally different area, which was beyond of his expectation. Slowly and steadily he began his acting career involving  in Children’s Theater in New York since childhood.

Actively participating in the theater play, Adam straightforwardly got allied to acting and hence make it professional. Firstly, as a professional career he appeared on a commercial for Coca-Cola. Subsequently, Adam appeared in innumerable number of films, television series, music videos and other appearances.

Rodriguez started his journey in the entertainment industry through the television series. And is well renowned for his television roles in the today’s date too. In 1997, Adam has his first appearance in series NYPD Blue as Uniform Cop in the episode Upstairs, Downstairs.

Successively, he appeared in numerous series following Brooklyn South (1997-98), Law and Order (1999). Later he appeared in recurring roles including the series: Felicity (1999-2000) as Erik Kidd, All Souls (2001) as Patrick Fortado, Resurrection Blvd. and Roswell (2001-2002) as Jorge and Jesse Esteban Ramirez respectively.

Though, he is highly involved in films and television roles, Rodriguez has fewer appearance in music videos as well. They are: If You Had My Love (1999), I Call It Love (2006), Respect My Conglomerate, Many Men and It Kills Me (2009).

Being in the life of eye-captivating personality Adam Rodriguez is dream of every single woman. But the question is:

Well, yes. He has been married twice. Currently, he is married to Grace Gail since 2nd May 2016. Till date, the couple are blessed with two children i.e. Frankie Elle Rodriguez before their marriage. Further, the couple welcomed second child recently on January 18, 2017.

Before, Adam was already married to Alexander Cheron, American actress, businesswoman and socialite, on September 2007. Unfortunately, the couple separated after one year in March 2008.

In addition, he was in relationship with Melanie Fiona, Canadian recording artist (2009-2012) and Ciarra Pardo, a visual artist (2008).

A good-looking actor Adam Rodriguez is a native of America and possess Puerto Rican and Cuban ethnicity.

Rodriguez has height of 6 Feet and body weight of 190 lbs.

Professional Acting career is the source of Adam Rodriguez net worth.

As of now, Adam Rodriguez Net worth is $14 million.

Adam Rodriguez net worth is facilitating him to enjoy a blissful life. And maintain an effective balance between professional and personal life.

If Adam, in the entertainment industry, appeared with the same energy level and dedication. Obviously, Adam Rodriguez net worth will increase higher and higher.

Those people you think aren’t around anymore...they’re always there. The real ones always are. Forever.