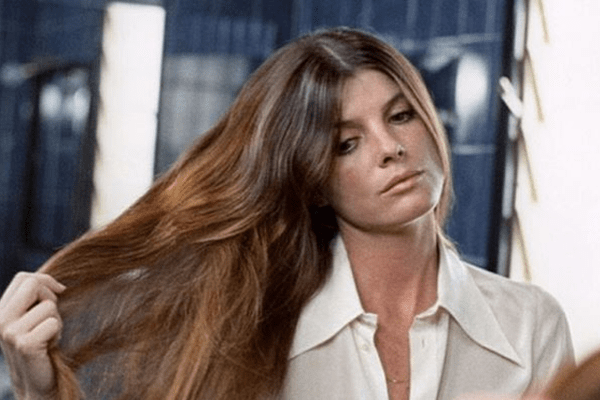 Actress Katharine Ross, an award-winning American film and stage actress. She is best known for her role of Elaine Robinson in the movie The Graduate in 1967.

Actress Katharine Ross, born on 29 January 1940 in the United States of America. Her real birth name is Katharine Juliet Ross. She holds an American nationality. She belongs to white ethnicity.

Currently, she is 77 years old. She is a beautiful actress with height five feet and five inches. She is living happy married life with her fifth husband, Sam Elliott. The couple is blessed with cute daughter Cleo Cole Elliott.

Actress Katharine Ross, born in Hollywood, Los Angeles, California, USA. At that time, her father worked for the Associated Press in Navy.

Since her childhood, she had a kin interest in horse riding. Also, she made a friend with a rodeo rider named Casey Tibbs.

She has pursued her career when studying at Santa Rosa Junior College. At that time, she appeared in acting through a production of The King and I.

Katharine Ross moved to San Francisco after dropping her course for studying acting. Then, she attended The Actors Workshop and stayed there for three years from 1959 to 1962. During this period, she appeared on stage for one role in Jean Genet’s The Balcony.

She made her appearance in King Lear in 1964. She started acting in television series in Los Angeles while she was at the workshop. From there, she was earning some pocket money.

Except being an actress, she is a famous author. She wrote several books including The little quiet book, The Story of the Pilgrims, The baby animal’s party and many others.

In 1967, she appeared in the film ‘The Graduate’ for which she won an Academy Award nomination for Best Supporting Actress.

In 1969, she received BAFTA Award for Best Actress for the role as Etta Place in Butch Cassidy and the Sundance Kid. Also, she was awarded a Golden Globe for Voyage of the Damned in 1976.

Actress Katharine Ross appeared in the film including Get to Know Your Rabbit, They Only Kill Their Masters, The Betsy, The Swarm, The Legacy, The Final Countdown, A Climate for Killing, Home Before Dark, Donnie Darko, Don’t Let Go, Eye of the Dolphin, The Hero and many others.

She also made her debut in several movies and television series including Sam Benedict, Mr. Novak, The Shadow Riders, Travis McGee, The Colbys, Secrets of a Mother and Daughter, ABC Afterschool Specials, Conagher, Capital City and others.

Talking about her personal love life, she loved and married to more than one person.

Who is Actress Katharine Ross spouse?

She first married to Joel Fabiani on 28 February 1960. Joel Fabiani is an American actor and her ex-boyfriend too. After two years of marriage, there were some relationship issues between them. Then, they divorced each other in 1962.

On 2nd May 1964, she got married to her ex-boyfriend John Marion. But their relationship also does not exist for a long duration. They separated in 1967 without having children within three years of togetherness.

She married the third person named Conrad L. Hall. But they divorced without any issues. After that, she married to Gaetano Lisi. He is an actor. After spending five years happily, they were apart from each other’s life.

Later, she got married to Sam Elliott. The couple has a cute daughter Cleo Cole Elliott. She is currently living happily with Sam Elliott.

Actress Katharine Ross, recognized globally as a famous American actress and television personality. She is best known for her role in The Graduate, for which she was nominated for Best Supporting Actress.

She became the winner of the BAFTA Award for Best Actress for Etta Place in Butch Cassidy and the Sundance Kid and a Golden Globe for Voyage of the Damned.

She is also an author of several famous books including The little quiet book, The Story of the Pilgrims, The baby animal’s party and many others.