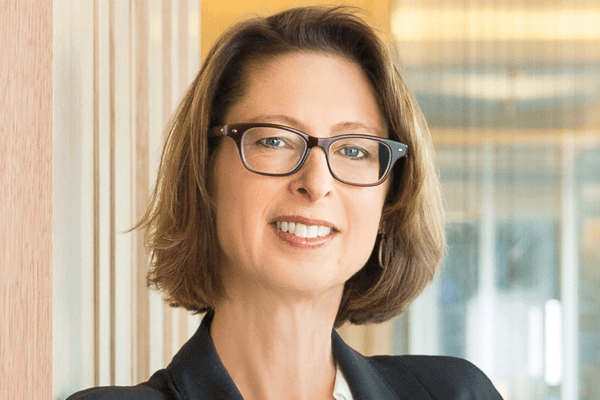 President and CEO of US investment firm Fidelity Investments (FMR), Abigail Johnson quotes rippled throughout the country inspiring young people to be successful.

Abigail Johnson is an American businesswoman. Abigail Johnson quotes got popular as she became the president and chief Executive Officer of US investment firm Fidelity Investments. In addition, Johnson serves as the chairwoman of the international sister company of FMR, Fidelity International (FIL). Edward C. Johnson II, Abigail’s grandfather is the founder of Fidelity. Similarly, her father, Edward C. “Ned” Johnson III, is the chairperson of emeritus of FMR.

Talking about education, Abigail Johnson earned bachelors of Arts in art history from Hobart and William Smith in 1984. She briefly worked as a consultant at Booz Allen Hamilton in 1985-86. Later, she enrolled in Harvard Business School from where she earned an MBA. Abigail Johnson quotes are mostly based on business and learning.

After completion of MBA, she joined Fidelity in 1988. Her grandfather, Edward C. Johnson II, had founded Boston based powerhouse, Fidelity in 1946. She joined Fidelity as stock analyst in 1988. Later, she served as portfolio manager in Fidelity. Johnson progressed to attain the position of associate director in 1994.  However, she got promotion and got an executive role in Fidelity Management and Research (FMR) in 1997.

That time onwards, Johnson has served Fidelity Management and Research working for various senior executive positions. She became senior vice president of Fidelity in 1998 and then the president of investment services in 2001. Additionally, she has served as executive for Fidelity Institutional Retirement Services along with Fidelity Investments.

During her tenure in the role of executive position, Abigail Johnson quotes successfully rippled as she established herself as one of the world’s most powerful women helping the company earn huge asset. In 2004, the company had asset worth $893 billion on mutual-fund market. This huge success attracted attention of the world and she soon became one of the most influential American women financial executives.

In 2005, she was promoted to president of Fidelity’s Employer Services Company. Further, in August of 2012; Abigail Johnson became the president of FMR. A couple of years later, i.e. in October, 2014, Johnson additionally became the chief executive of Fidelity Investments.

Abigail Johnson is a remarkable businesswoman due to which she has received a number of honorary positions. She is the member of the Committee on Capital Markets Regulation in addition to being the member of boards. Similarly, Johnson serves Securities Industry and Financial Markets Association (SIFMA) as a member of board of directors. One of the significant highlight of her career is that she is the first and the only woman to serve Financial Services Forum on the board. Even though she achieved the exceptional position, Abigail Johnson quotes clarifies that consistency and progress is more important to progress instead of higher position.

With the achievements she has made through her role as executive of FMR, she has received worldwide recognition. The business magazine Forbes ranked her 16th in the list of Powerful Woman in the World in 2016. Likewise, Forbes again ranked her 19th and 34th in 2015 and 2014 respectively in the list of World’s Most Powerful Women.

As Abigail Johnson became the CEO and president of the Fidelity Investments, her net worth began to rise. As a result, she owns assets of $14 billion according to the data of 2017. This accumulated huge net worth makes her one of the wealthiest women in the world. Abigail Johnson quotes also demonstrates the reason for her success which has led to her high net worth by far.

Tags: Powerful Woman in the World in 2016