Vin Diesel is starring as Bloodshot 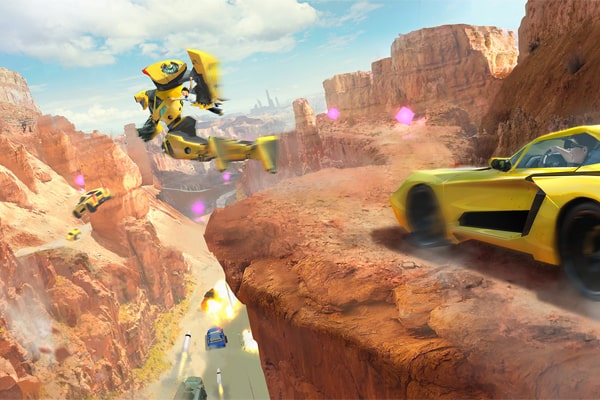 It’s been confirmed via several media outlets, and more recently by the star himself on his Instagram account, that Vin Diesel will be playing the titular character in the film Bloodshot, the first of a 5-movie deal Valiant has signed with Sony Pictures.

Valiant has recently been bought out by the Chinese company DMG Entertainment, who are headquartered in Beverley Hills. It’s reported that DMG Entertainment’s new acquisition will ramp up film production in a bid to create a Valiant Cinematic Universe.

With Sony signed up for Harbinger, Faith and potentially many other Valiant comic book character-based movies, it will be interesting to see how this new player in the superhero movie genre develops. But first, let’s focus on what we know so far about Bloodshot.

After many rumors flying around that the titular part would be played by Jared Leto, it has now been confirmed that the part has been given to Vin Diesel.

More recently, he has been involved in the Marvel Cinematic Universe providing the voice for Groot one of the key characters in both Guardians of the Galaxy movies, and more recently Avengers: Infinity Wars/End Game.

So it has to be said, he’s no stranger to working on big projects that take place in a comic book universe.

What Vin Diesel Has Said About the Role

Until recently, Vin Diesel and other cast members have remained tight-lipped on this project until filming got underway in mid-2018. After which, Vin Diesel slowly drip-fed fans information regarding shooting the movie in Africa and what his days on set looked like.

“Ray Garrison is really a central character in the Valiant Comic Universe… And for me, one of the [most] complex characters I have been lucky enough to play. Hope to make you proud…Let the Valiant era begin… #Bloodshot2020 #BLOODSHOT

In other interviews, he has emphasized how the main character (Ray Garrison/Bloodshot) always tries to remain as human as possible, despite being a genetically modified super-soldier filled with nanotechnology.

All fans have had to go on so far on what Vin Diesel will actually look like as Bloodshot is a shot of Vin Diesel wearing aviator sunglasses and an army uniform, which doesn’t give anything away.

There have been several fan-art impressions of what he might look like, but nothing concrete. One thing fans have inferred from the picture is that the titular character may be bald in the movie version, despite having hair throughout his comic book existence.

What Else Do We Know About Bloodshot?

Whilst details haven’t been exactly forthcoming about this project, there is a release date. Which is slated as February 21 2020.

We also know that Michael Sheen has been replaced by Guy Pearce due to schedule clashes and that other lead roles have been given to Eiza González, Sam Heughan, and Toby Kebell, who played Marvel’s Dr. Doom in Fantastic Four.

What Is the Plot Synopsis for Bloodshot?

In the last few weeks, the plot for this movie has been revealed, which seems to stay true to the character’s story arc in the comic books:

Marine Ray Garrison (Vin Diesel) and his wife are murdered. Then, he is resurrected by a secret team of scientists. Ray then becomes a superhuman, a biotech killing machine who is enhanced with nanotechnology – Bloodshot.

He first trains with fellow super-soldiers. During that time, he cannot recall anything from his former life. But when his memories started flooding back, he remembers the man who killed both he and his wife. Furious, he breaks out of the facility hell-bent on revenge, only to discover that there’s more to the conspiracy than he initially thought.”

So we can safely assume that this movie is going to be full of action sequences.

Although, it is thought that the violence in this movie may be toned down somewhat in an effort to try and satisfy a PG-13 rating, but it hasn’t been confirmed whether this rating is for Chinese audiences (à la Deadpool), or for the global market.

Overview – What We Know So Far

Finally, we have a lot more information about the first film of the Valiant Cinematic Universe. We know the lead role will be played by Vin Diesel, we know what the plot of the movie is, and we know who a good chunk of the supporting cast is.

Now we’ve got a release date, all we can hope for is more information as and when the marketing for this production ramps up, reaching a fever-pitch upon the release of the first movie trailer which, fingers-crossed, should happen late in the summer of 2019.

Only SuperbHub for more Article, Celebrity Entertainment and News.