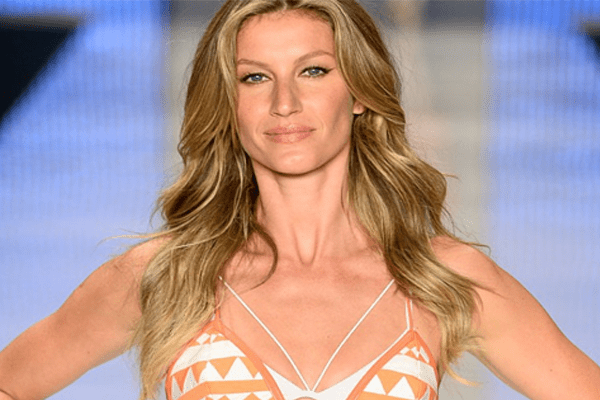 Born in 1980, the Brazillian supermodel initiated modeling from the age of 14. Once, she was a teenager who grabbed attention of the concerned person and now she is the most popular face in modeling. She has successfully been in the cover pages of Vogue, Forbes, Elle, Newsweek, etc. and signed multimillion dollar deals with some of the largest companies. Therefore, Gisele has topped the list of highest paid models in the industry.

Born in 1981, Adriana Lima is also a Brazilian model who later changed her profession to acting. After entering Ford Supermodel of the World Contest at the age of 13, Lima won the second place in the contest. After this, she continued on with her modeling career. She has appeared as model for Jeans, Bebe, Victoria’s Secret and XOXO. Apart from these, she has appeared in cover of popular magazines like Vogue and Marie Claire.

?My friend from another galaxy? R2-D2?

Born on August, 1992, Karlie Kloss is a fashion model and an entrepreneur. The Chicago born beauty is famous as one of the Victoria’s Secret Angels from 2011 to 2014.

Thank you @instylemagazine for letting me live out my superhero dreams ??⚡️

The highest paid models list would be incomplete without Kendall Jenner in there. Born in 1995, the young and aspiring model is originally known for appearing in the popular reality show Keeping up with Kardashians. She has done multiple cover shoots for LOVE and Vogue. Further, she walked ramp for Victoria’s Secret with which she gained popularity.

La Perla at the Met

Born in Los Angeles, California, Gigi Hadid began her modeling career at surprisingly small age of 2. Paul Marciano had discovered the beauty when she was 2 years old and she started modeling for Baby Guess since then. British Fashion Council entitled her International Model of the Year in 2016. She signed to IMG Models in 2013 and made her debut in Top 50 Models in 2014.

The highest paid models list another bold and beautiful Rosie Huntington-Whiteley. Best known for her work at Victoria’s Secret, she stepped into the Hollywood later. She walked ramp in Victoria’s Secret Fashion from 2006 to 2010 and has appeared in a number of fashion magazines like Vogue, GQ and Elle.

Born in London, this British model comes from a upper-class family. She is a fashion model and the face of Burberry’s Beauty campaign. Moreover, different famous brands like H&M, Zara and Chanel has featured her in their branding campaigns. Furthermore, she has appeared in cover of Vogue UK, Vogue Korea and LOVE apart from walking for Burberry, Dolce & Gabbana and Fendi.

Who doesn’t Love a rainy Sunday …? unless you’re at the Brazilian fórmula 1 ??? #regram @biotherm @jeromeduran @jurgenbraun

Liu Wen is the first model of East Asia to walk the Victoria’s Secret Fashion show. She received the title China’s First Bona Fide Supermodel in 2012. Also, Wen is the first Asian model to make one of the highest paid models list in Forbes.

Born in Sydney, the Australian model started modeling career for various clothing brands and through print advertisements. Since she has worked for several famous companies like Dolly, Roxy, Billabong and Victoria’s Secret, these have raised her net worth and made her one of the highest paid models of 2017.

Born in Geldrop, Netherlands on December, 1983, Lara Stone shone in the modeling industry with her work in the Victoria’s Secret Fashion show in 2008. Also, she is an actress famous for her appearances in Absolutely Fabulous: The Movie and En Moi.

The Russian model born in 1982 is currently an actress popularly known for starring in Clash of Clans, Belle du Seigneur and CQ. She is a supermodel and the face of Calvin Klein. Natalie signed with modeling agencies NY-DNA, Paris-Viva, London-ICM and Milan-Why Not.

Up next is Kate Moss in our highest paid models list. The model is famous particularly for her light weight and prominent check bones. She appeared in the cover of George magazine in 1998 and first issue of Russian Vogue.

Born in 1981, the Brazilian model won the Elite Model contest in Brazil. FHM magazine ranked her in 84 and 56 under their “100 Sexiest Women in the World” in 2005 and 2006 respectively. Best known for her work with Victoria’s Secret, she was also chosen as spokesperson for Victoria’s Secret Pink line and National Ambassador for the National Multiple Sclerosis Society. She has starred in Casino Royale and Teenage Mutant Ninja Turtles: Out of the Shadows.

The supermodel is best known for her work in Givenchy and Victoria’s Secret lingerie model. Born in Puerto Rico, Smalls became the first Latina to represent Estee Lauder since 2011. She has appeared in 5 Victoria’s Secret Fashion shows from 2011 to 2015. In addition, Smalls has appeared in cover of fashion magazines like Elle, GQ, Vanity Fair and Harper’s Bazaar apart from working with top brands which makes her one of the highest paid models.

The American model has appeared in seven Victoria’s Secret Fashion shows from 2009 to 2015. She also became Victoria’s Secret Angel in 2010. The face of XOXO and Proactive, many international fashion magazines like Elle, Marie Claire, Vogue and Cosmopolitan has featured Aldridge.

But I love it? @theweeknd #legendofthefall ? @jeromeduran

Contemplating if I’m in heaven ?

Finally, Barbara Palvin is another Hungarian model who has amazing modeling career worth good amount. She started her modeling career at the age of 13. She has been in the cover of Vogue Russia and Glamour Hungary. Moreover, she made her runway debut for Prada in Milan Fashion Week in 2010. The ambassador for L’Oreal Paris, Palvin has also modeled for other famous brands like Armani, H&M and Victoria’s Secret.

Ready for the Bahamas ?