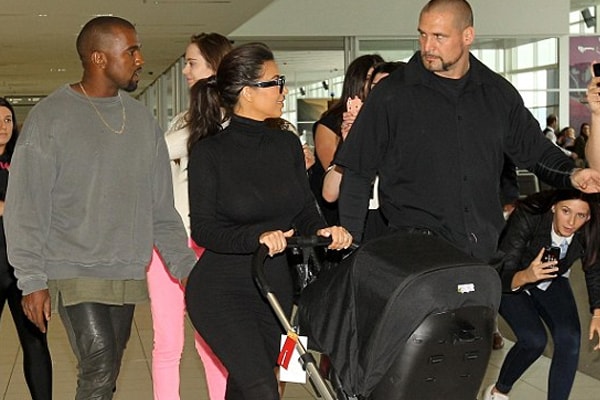 Do you think you know what the life of a celebrity bodyguard is like? You’re probably picturing huge dudes traveling the globe, staying in fancy hotels, and beating up anybody who comes close to the celebrity they’re protecting, but the reality may be quite different from what you expect. Bodyguards from celebrity security companies have been sharing the realities of their jobs, and it’s much different than what you may expect.

Here are 7 things you didn’t know about celebrity bodyguards

While some celebrities see having a massive bodyguard as a sort of status symbol, others choose bodyguards who can blend in a little more and draw less attention to them. In fact, “soft skills” like diplomacy and communication are often more important than size. Speaking multiple languages is also useful when protecting celebrities who travel internationally.

#2 – Not All Bodyguards Are Men

While the personal security industry is still dominated by men, many celebrities and other high-profile individuals are choosing to include women in their security details. A few people who have or have had women on their security teams include Beyoncé, the Duchess of Cambridge, and JK Rowling.

One reason women are becoming more popular in the celebrity bodyguard industry is that they are less imposing and draw less attention than large male bodyguards, especially in places like playgrounds and other places that tend to be dominated by women and children.

While it’s tempting to befriend the celebrities you are hired to protect, that actually become a disservice to both of you. “Buddyguards” may get sweet-talked into doing chores that aren’t related to their job of protecting the celebrity (like walking the dog), and they also aren’t taken seriously by most in the industry, which can make it more difficult to get jobs down the road.

#4 – The Goal is to Prevent Violence, Not Manage It

While some celebrity bodyguards carry guns, they feel like they’ve failed at their job if they need to use it. Their job is to manage a situation so that violence is unlikely, and if somebody did decide to start shooting, the bodyguard’s job is to get the celebrity to safety rather than start firing back.

#5 – They Aren’t Living the Celebrity’s Lifestyle

While a celebrity bodyguard is often seen by the celebrity’s side at all times, even in fancy restaurants and on private jets, the bodyguard only experiences the very fringes of that lifestyle. They can barely enjoy a meal at a fancy restaurant, for example, because they must remain focused on the person they’re guarding at all times, and a trip on a private jet to an exotic location involves carrying luggage and making detailed security plans for the location rather than enjoying endless champaign.

Also, a trip to an exotic beach location isn’t as exciting when your family is left behind and you’re forced to work. So, don’t feel too jealous of those celebrity bodyguards you may see in the background of your favorite celebrity’s Instagram feed.

Guarding celebrities can be much more difficult than it used to be now that celebrities can use social media to post their whereabouts constantly, making it easier for people with bad intentions to find the celebrity.

Another problem with social media is that obsessive fans can misinterpret tweets and other social media posts. A celebrity may tweet “I love you” in reference to all of their fans, but a misguided stalker may interpret that tweet as being directed towards them, which fuels a dangerous obsessive fire that can have dangerous consequences.

#7 – Their Schedule Can be Crazy

Celebrity bodyguards often must be ready to fly halfway across the world at a moment’s notice based on the whims of the person they’re guarding. Celebrities often tend to be narcissistic and only think of their own needs and wants, even if it means whisking their bodyguard to another country on their wedding anniversary or kid’s birthday.

So a celebrity bodyguard’s job isn’t all glitz and glamor, but it’s probably a uniquely exciting job. If you’re interested in becoming a celebrity bodyguard, then a background in personal protection through the military or another employer can help, although strong language skills along with a background in diplomacy and good communication skills may be enough to get you through the door.

Follow SuperbHub and read the latest updates on celebrity entertainment, news, and biographies.