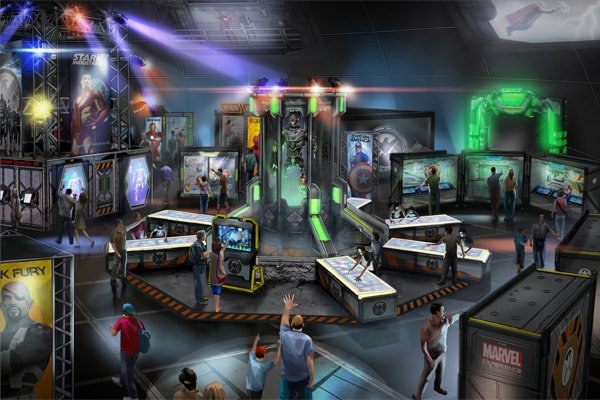 You might not have heard of film production company, DMG Entertainment Productions, but it’s highly likely that you will have watched at least one of their steadily-growing portfolio of films.

The Chinese company has been part of the production of huge blockbusters such as Marvel’s Iron Man 3, and critically acclaimed thrillers such as Prisoners. In 2018, DMG Entertainment assumed full ownership of Valiant and is currently working on the Bloodshot movie, the first film of the Valiant cinematic universe.

We’ve put together a list of seven must-watch films from this burgeoning film production company’s back catalog.

The most obvious place to start is with Robert Downey Jr.’s return to the role of Tony Stark, an integral character of the Marvel Cinematic Universe (MCU). This particular installment picks up the action after Iron Man was last seen in the famous “Battle of New York” which took place in the first ‘Avengers’ movie (2012).

Taken on by a terrorist only known to him as “The Mandarin”, Tony (Downey Jr.) goes on a mission to find out who’s behind the mass destruction of his personal world.

This film is a great stand-alone film without the need to re-watch absolutely everything in the MCU to gain some context, and it will (like all good Marvel films) leave you wanting more.

Sticking with the superhero theme, Kick-Ass is a film that offers a unique perspective in this genre. Aaron-Taylor Johnson plays Dave Lizewski, an unnoticed high school student who loves comic books.

One day he decides to become a vigilante superhero even though no superpowers, no skills or training, or even any reason to do so. With good supporting roles offered by Nicholas Cage and Christopher Mintz–Plasse, this movie provides great action scenes without ever taking itself seriously.

Kick-Ass also launched Chloë Grace-Moretz onto the world stage, careful of her language in this particular movie though if you are easily offended!

This movie sees Joe (Joseph Gordon-Levitt) pitted against his future self (Bruce Willis) in a time-traveling thriller from director Rian Johnson.

The plot centers on Joe taking care of business for gangsters, who send their enemies marked for death back in time for execution. However, everything is flipped on its head when Joe is sent to himself to be killed.

With stellar support from Emily Blunt, this film keeps you guessing until the very end.

In one of Jake Gyllenhaal’s best on-screen performances, Prisoners tells the story of two young girls who are abducted and held in an unknown location.

In a race against time, Detective Loki (Gyllenhaal) becomes increasingly frustrated with the actions of the father of one of the girls (Hugh Jackman), who tries to take the investigation into his own hands.

This is the highest rated original release on IMDB out our seven movie choices, and with good reason. The twists and turns will keep you on the edge of your seat throughout.

With perhaps one of the best casts ever assembled, RED is a movie that follows retired CIA agents played by Dame Helen Mirren, Bruce Willis, Morgan Freeman, and John Malkovich, as they go from the hunters to the hunted.

When the CIA deems the ex-agents to “know too much” about the organization, they become number one targets on their hit list. This movie is jam-packed full of action but contains plenty to make you laugh along the way.

With great support from other cast members Karl Urban and Mary-Louise Parker, this film grossed over $30 million more at the box office than Looper, demonstrating just how popular it was with moviegoers.

This movie is one of the most underrated of the DMG stable. With an under-the-radar release, there won’t be many of you who went to see it at theaters.

It tells the story of a Roman centurion who seeks to explain the disappearance of his father and the 5,000 men of the Ninth Legion he was commanding in a campaign beyond Hadrian’s Wall into Scotland.

If you want to see Channing Tatum as you’ve never seen him before, this is well worth a watch.

Originally released in 1991, this Schwarzenegger classic was rebooted in the summer of 2017, remastered for 3D viewing and with StereoD sound.

For those of you that don’t know, a terminator cyborg is sent back to destroy Sarah Connor’s son John (Edward Furlong). However, another cyborg (Schwarzenegger) is also sent back in time to protect them at all costs.

The Terminator movies will go down in folklore as one of the best franchises out there, and the second installment is the highest rated of all of them.

So there you have it, the top seven must-watch movies produced by DMG Entertainment.

Whether you want a blast from the past with an old Terminator movie, or you want to watch modern classics such as Iron Man 3 or RED, all you have to do is find the movie, grab some popcorn and start watching!