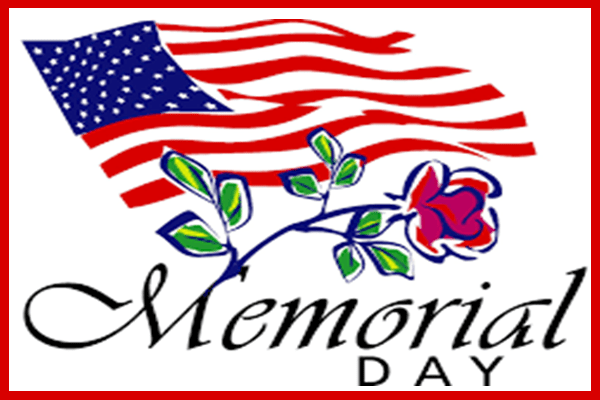 May 29, 2017 is the day, the day to give a hearty tribute, a grand salute, great remembrance and honor to those military men and women who embraced a heroic death keeping their country above of themselves. Every year, every last Monday in the month of May has its own significance in the United States as it is the day of celebrating Memorial Day. Every year on Memorial Day, at 3:00 p.m local time of U.S, a national moment of remembrance takes place. People value this day by visiting memorials and cemeteries to honor the military heroes who sacrificed their lives for the sake of country and country people. Many people also volunteer to go at national cemeteries and show respect to the national heroes by presenting and placing a tiny American flag on each grave.

Looking at the history, the civil war in the year 1865 was considered to be the war that asked for and witnessed many lives than any other war or conflict in the history of U.S.A. After this war, there was seen a requirement to establish America’s first national cemetery. In the year 1868, after the end of American Civil War, an organization formed by Union veterans, Grand Army of the Republic established May 30 as a Decoration Day. This day they initiated the tradition of decorating the graves of the Union war American heroes with flowers. In the Decoration Day, General James Garfield gave his speech at Arlington National Cemetery with 5,000 participants who decorated each graves of 20,000 Union and Confederate soldiers. By the year of 1890, Decoration Day received an official state holiday in Northern states of America. In case of southern states, the people continued the tradition to honor their dead heroes on their own separate special days that sort of changed after World War I. However, decoration days in an annual basis is still held on Sunday of early summer in some of the rural areas of South America

Memorial day, then Decoration Day originally celebrated and honored the military who sacrificed their lives while fighting wholeheartedly in the Civil War. However, with the occurrence of World War I, the United States of America faced most conflict resulting in need of more and more fighting spirit and loss of lives. Thus, the Decoration Day evolved to honor all the American military who lost their lives in all wars. After decades of celebration on May 30, Congress passed the Act, Uniform Monday Holiday Act in the year 1968 and the last Monday in May was established as Memorial Day which came into effect and became official in 1971. This also provided three day weekend holiday to the federal employees.

Each year in the Memorial Day, as stated earlier, people visit national cemeteries and memorials to place American flag and flowers to pay tribute and honor the war heroes. Similarly, all the cities and towns in the United States also host parades in the occasion of Memorial day. The largest parades usually takes place in Washington D.C, New York and Chicago. The parades usually is done by the military personnel, officers and the veteran organization’s members.

Since, the Memorial Day in United States of America also symbolizes the start of season of summer vacation. The three day weekend holiday leaves the American people with choice to rejoice and celebrate with friends and families by organizing many trips, get together and other gatherings.


All gave some...some gave all. Remember them this MemorialDay America remains free b/c our brave Veterans&39; sacrifices SupportOurTroops pic.twitter.com/7DEJYnZRCy

All gave some...some gave all. Remember them this MemorialDay America remains free b/c our brave Veterans&39; sacrifices SupportOurTroops pic.twitter.com/7DEJYnZRCy