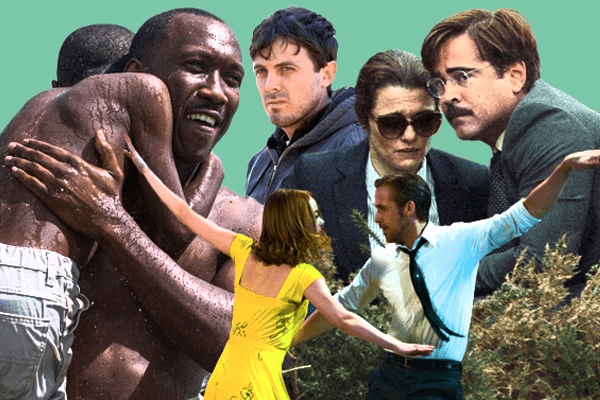 If you are looking to relax or have quality time, below is the list of entertaining movies of 2016. The list is not based on a particular genre, so there are genres you can choose from, comedy or tragic documentary, animations or sci-fi meaning. Enjoy!

Cave’s 15-year-old son Arthur fell from a cliff and died in 2015. The tragedy is mentioned in every note of Cave’s album Skeleton Tree. Cave becomes reluctant in publicizing his album and goes through the tragedy alone. Finally, Cave’s friend Andrew Dominik films the documentary about making of the record. Dominik shot the devastating and raw documentary in 3D and black and white portraying the crisis of a father.

Written and directed by Damien Chazelle, La La Land is an American musical romantic comedy drama. It stars Ryan Gosling, a jazz pianist and Emma Stone, an aspiring actress. They meet in Los Angeles and fall in love. The title of the film refers Los Angeles as the land of fantasy. The thrill of romance and dreams in the movie makes it one of the entertaining movies of 2016.

Directed by Park Chan-Wook, The Handmaiden is South Korean erotic psychological thriller movie inspired from the novel Fingersmith by Welsh writer Sarah Waters. The film stars Kim Min-hee, Kim Tae-ri, Ha Jung-woo and Cho Jin-woong. Kim Tae-ri bids farewell to act as a servant to her niece Kim Min-hee but she turns out to be a pickpocket rather than a maid. So, the film portrays just one of the many handmaidens’ narratives through the story of Kim Tae-ri.  Not every movie has a quality to craft the experiences so well like this movie has done. Therefore, it stays in the number 4 in the list of entertaining movies of 2016.

It is an American superhero film is based on the character of Marvel Comics. Directed by Tim Miller starring Ryan Reynold, a fast-talking money-oriented Wilson undergoes an experiment cure to his cancer that leaves him with high healing power and vengeance.

The sci-fi film is certainly worth the time and experience as it depicts the struggle of a linguistic expert (Amy Adams) to decode the language of aliens that have landed in various parts of the earth. The film gets even more fascinating when it unravels the connection between Amy’s quest for decoding and her lost daughter. As we see the mystery unravels, the movie makes the list of entertaining movies of 2016 with its attention grabbing power.

Based on a story by John Knoll and Gary Whitta, Rogue One is an American space opera film.  It is directed by Gareth Edwards and written by Chris Weitz and Tony Gilroy. The film revolves round the story of rebels stealing the plans for The Death Star which follows the later heroic events.

In the list is another superhero movie distributed by Walt Disney Studios Motion Pictures. The movie sums up the idea of disagreement between allies of Captain America and Iron Man due to political interference in Avengers’ activities.

The film dwells around the story of Irish culture where a boy tries to deal with his tense family relationships, find out his brother and also handle the hostile environment of his public school while he finds her and instantly falls for her. Sing Street is a musical comedy drama in which a boy starts a band to impress a girl in 1980s. You will end up pleased and amused by the movies, so it is in the list of entertaining movies of 2016.

An uncle is compelled to come back and take care of his nephew after the death of his brother.  The movie basically digs the countless past memories that made him leave Manchester.

The only daughter of a chief, Moana learns that god Maui stole the heart of the goddess Te Fiti which caused famine in her island. Therefore, Moana starts an epic journey across the Pacific on behalf of her island with an aim to persuade Maui return Te Fiti’s heart.

The unemployed gas worker Toby Howard and his brother are released from the jail as they were accused for series of robberies. They aim to raise enough money to pay off the mortgage and secure the future of their family, so they pick up the next and the last robbery with a Texas Ranger.

It is the story of a talented neurosurgeon Doctor Stephen Strange, who has to abandon his ego. Rather, he has to learn about the hidden world of mysticism after a car accident. With his metaphysical ability, he has to work as a mediator between the real world and the surreal to protect the Universe.

The film presents three different time periods: young adolescence, mid teen and young adult in the context of black-American culture. Chiron, a neglected child of a crack addict mother, undergoes bullying and abuse. But a drug dealer, Juan and Juan’s girlfriend Teresa takes care of Chivon and keeps his away from all the bullies and abuses. The film sets you in tears in case you are empathetic. With the oversimplified presentation Moonlight gets into the list of entertaining movies of 2016.

A man-cub named Mowgli makes a journey of self-discovery after Shere Khan threatens Mowgli to flee the jungle. Mowgli’s companions in his journey include Bagheera the panther and the bear Baloo.

Paterson is the person who lives a rigidly routinized life. His monotonous routine includes waking up at exactly same time every day, eating cheerios for breakfast, having a casual chat with his buddy Donny before boarding the number 23 bus to transit company. The film details out the daily life of Paterson very intricately.

Dory is a blue tang fish with a memory loss every 10 seconds. Except knowing that she separated from her parents, Dory does not have a long term memory. So, Dory’s friends Nemo and Marlin accompany her to an epic and adventurous journey to find her parents. Interesting and inspiring, Finding Dory is a must in the list of entertaining movies of 2016.

Directed by Martin Scorsese, Silence is the film is based on the 17th century context. The film is about 2 Portuguese priests who travel to Japan with an attempt to find their mentor. The film shows the time when they banned Catholicism.

As Orc of Draenor invades the world of Azeroth. Therefore, the king of Azeroth calls for Guardian of Tirisfal, Medivh, to protect his kingdom. In order to take the lead, some human heroes must attempt to stop the evil that comes with the war.

A successful businesswoman, the head of a video game company, indestructible Michele shows ruthless attitude to her love life. But, as she gets assaulted by unknown assailant, her life changes forever. When she tracks down her attacker, the game of cat and mouse begins. As the assaulted woman tries to seek vengeance instead of acting like a victim, Elle secures its placed in the list of entertaining movies of 2016.