Home / Did you know these 5 fast facts about the fast talking birthday girl lauren graham?

Did you know these 5 fast facts about the fast talking birthday girl lauren graham? 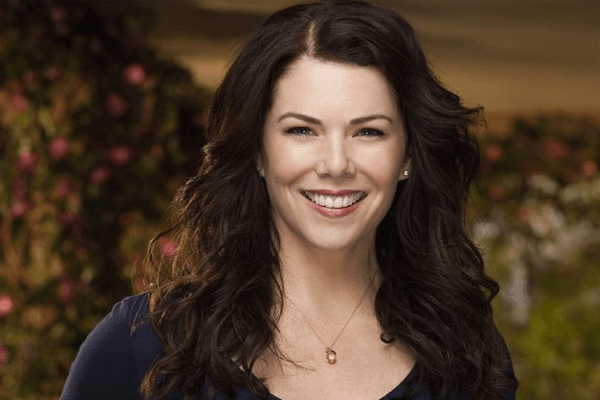 The best-selling author and actress of Gilmore Girls, Laura Graham just turned 50. What better way to celebrate her birthday than to explore the 5 lesser known and fun-filled facts about her. Read on to find out.

Yes, pretty much nobody climbs the ladder of success without some problems mid-way. Needless to state, Lauren Graham carried out some odd jobs before she made it as an actress. Before she made it high to the heights of success as an actress of Townies, Good Company, Conrad Bloom and much more, she was an aspiring actress with no acting jobs to do.

Before she made it to the heights of fame, Lauren Graham mucked out stalls in a barn and also drove a summer camp school bus. She has also worked previously as a receptionist, coat check girl, theater user, book stacker, salesperson, a cocktail waitress in a comedy club, cinnamon roll and coffee counterperson and the most interesting one of it all, a mascot at a World Cup soccer invention.

There are some actors who write memoirs and become popular because of it. Graham, however, has published a legit novel called Someday, Someday, Maybe and it was a New York Times bestseller. She has also adapted the book, The Royal We into a movie with Mae Whitman. The movie is currently under development.

The birthday girl Lauren Graham as also published an excellent memoir called Talking as Fast As I Can and this too has become a successful one. She has also stated that she used Carrie Fisher’s novel Postcards From the Edge when she was writing the novel. We sure hope that a future aspiring actress will probably use her novel as a base for writing their memoir.

Graham has become successful for her two biggest TV roles as a single mom. She was inspired by her father for playing the parts. She actually lived with her father on a houseboat in the Virgin Islands. She actually lived on a giant floating bathtub that went nowhere, and whose engines did not work. She has jotted these details down on her memoir and also agrees to the fact, that though she lived in a houseboat, she surely had fun.

She also credits her father to be a role model for her character as a fast speaking girl in Lorelai Gilmore.

Peter Krause and Lauren Graham met each other on the sets of Carolin and the City, where they were both guest stars. They did not actually know each other on the time but ran into each other on occasions. They met again on 2002 in Screen Actors Guild Awards and they held hands as they presented the awards. The sweet love story, however, did not start as they went back to their own lives without seeing each other for years.

Before they actually started dating, however, Kelly Bishop asked Grham to consider dating Peter. Kelly played a maternal part in Graham’s life and liked the “wonderful actor of Six Feet Under”. Needless to state, the beauty from Gilmore Girls, is dating the wonderful actor Peter Krause and they are still going strong. The duo is irresistible and their story is cute enough to be made a movie.

Other whispers that have come up include the follow-up to the Gilmore girl’s series, a show named Gilmore Girls: A Year in the Life. The show has had preliminary talks with the U.S. Netflix’s chief content officer Ted Sadaros and there is a 50-50 chance of the show being put into effect soon.

So, here are the five fast and fun facts of this fast talking actress. She is a genuinely talented personality who has done a lot in the acting fraternity, and also when it comes to being a successful writer and an inspirational character for women all over the world. Needless to state, she is surely set to appear more on screen. Happy 50 to this incredible personality and we surely hope to see more of her in the years to come.


Talking As Fast As I Can
is out now! Makes a great holiday gift or half-mask!
To order: https://t.co/xpTsD9Ju6s pic.twitter.com/Ki9JwGg3Aw

Talking As Fast As I Can
is out now! Makes a great holiday gift or half-mask!
To order: https://t.co/xpTsD9Ju6s pic.twitter.com/Ki9JwGg3Aw