Home / The Business of Ukraine Surrogacy

The Business of Ukraine Surrogacy 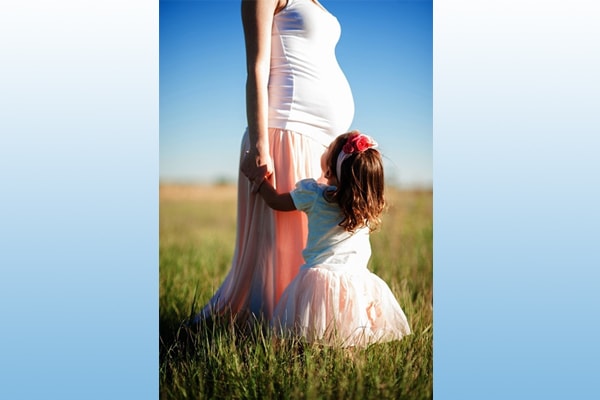 For it, or against it, surrogacy in Ukraine means big business. And big business brings a big economy.

Setting aside any emotional arguments, looking at surrogacy in Ukraine through a business lens will give you a rosy tint. In Ukraine, the surrogacy business is providing much-needed jobs, industry, and tourism in one of Europe’s poorest war-torn countries.

In the history of Ukraine, ean nduring industry that benefits the citizens as well as export in the way that surrogacy does has been hard to find. While still a contentious issue worldwide, the benefits of surrogacy cannot go unnoticed. For intending parents, realizing the dream of having a child holds just as much promise as that of having a thriving economy does for the citizens that work to make it happen.

Even though happy families are the basis of this microeconomy, parents are not the only ones to benefit from the surrogacy business model. While children, and the women bearing them, should never be commodified, there are supportive industries that require that sort of commercialization. Medicine, science and technology, facility management and operational expenditures, legislative enforcement, and similar business sectors that must be involved all require an operative cost. As well as a paid workforce. These supportive and necessary industries make surrogacy a commodified business, whether it’s framed as altruistic or commercial.

Because of this undeniable fact, surrogacy has the ability to help stabilize and improve the economies of the countries that are willing to create family and provider friendly framework to fulfill the need of surrogacy worldwide. Countries like Ukraine. BBC World News published an article talking about the rise in Ukraine Surrogacy and of Ukraine Surrogacy providers, mentioning one´s like ilaya Fertility Clinic. It has become one of the popular countries to provide services for families looking for surrogates.

While there are many reasons to visit Ukraine (it’s affordable and dripping in lavish old-world luxury, it is beautiful, the people are wonderful) this hasn’t been enough to stimulate an influx of industry, leaving a large portion of the country without jobs or means of advancement. In the 10th and 11th century, Ukraine was one of that most powerful states in the world, experiencing a golden age that lasted until the Mongol invasion in the 13th century. Since that time Ukraine has experienced multiple power struggles and foreign domination.

Beginning in the early 1900’s, Ukraine saw a near non-stop progression of war and famine. World War 1 triggered multiple economic and political collapse in Ukraine and its nearby states. Civil war, resistance, world war 2, and further famine toppled the countries resources until the 1980’s when Ukraine appeared to find its feet again as an industrial production leader. Then in 1986, the Chernobyl Nuclear Power Plant exploded, resulting in disaster and once again collapsing the fragile economy.

In 1990, Ukraine declared titsindependence and became a sovereign state. Near the same time, the Soviet Union also dissolved, bringing economic down turn to the entire area. In the years leading up to 1999, Ukraine lost 60% of its GDP and experienced massive nationwide inflation rates, rendering most citizens destitute. By the early 2000’s Ukraine’s economy and political system began to stabilize. In 2004, another uprising began to surface following political unrest and general dissatisfaction of the people. Resulting in yet another economic downturn by 2010.

Following the Crimea crisis of 2014-2015, Ukraine has ratified an agreement with the EU for a targeted 2020 membership. In 2016, Ukraine joined the Deep and Comprehensive Free Trade Area with the European Union, in hopes to modernize and develop Ukraine’s economy. By 2017, the Ukraine had engendered an agreement with the EU to approve visa free travel within the European Union for Ukraine citizen, further strengthening their bond.

With the discussions of EU membership fully underway, Ukraine’s economic and politic status is set to stabilize. Encouraging infrastructure and industry within the nation. Which also brings surrogacy in Ukraine into one of the top industries to boom. The business of surrogacy has been in full swing since 2002, when the country passed favorable laws regarding reproductive and parentage rights. The industry has continued to thrive and boost the tumultuous economy throughout its years of disruption.

During 2014-2015, surrogacy hotspots like India, Nepal, and Thailand had to shut down their surrogacy programs due to overwhelming evidence of exploitation and fraud. Since then, some countries have found that the banning of commercial surrogacy may not be as helpful as it seems. But, because of these shutdowns- ill fated or not, Ukraine saw a massive increase in the demand for surrogacy programs. A demand that has continued to flourish with little evidence of untoward practice.

The surrogacy industry in Ukraine has a positive effect on many parts of the countries working economy. It improves foreign relations at its farthest-reaching benefaction and continues to bolster local economies at its most intimate influence.

The industry employs hundreds of thousands of Ukrainians each year, from blue collar workers to build and maintain facilities, to the white-collar industries of science and technology. The influx of good that surrogacy brings the country has most Ukrainians grateful for its presence, with a strong drive to maintain the enforcement of its positive legislature.

Ukraine is desperate for enduring industry that doesn’t exploit their workforce but encourages it. With the demands of surrogacy pushing the expectations of healthcare, medicine, and technology, the country has seen an increase in the enterprising endeavors of the more academic nature. Not only has the drive for technological advancement flourished, but other auxiliary business has also seen much needed improvement. The country hopes that with more people coming into it from other parts of the world, tourism, and its associated industries, will also grow.

One prudent response to ensuring a mutually gratifying commodification of the business itself is to ensure that business practices are legitimized via policy and practice. Choosing clinics and programs that have a history of non-exploitive practice and mutually beneficial programs is a sure fire way to keep oppression and exploitation out of the business.

No matter what business sector you’re speaking of, chances are that you can find the ruthless and corrupt underbelly, should you look for it. Choosing surrogacy programs that have a foundation of benevolent infrastructure is the best place to start. Ukraine has a legal framework concerning surrogacy that allows this infrastructure to exist. Due diligence on the part of intended parents cannot be under stressed. Intending parents must ensure that whatever company they choose to work with adheres directly with the fundamentals and laws of the country at hand. Understanding their policies and procedural underpinnings is the best way to avoid exploitative processes.

One such surrogacy program, Ilaya, has been operating out of the Ukraine since 2014 and has even been recognized by Forbes for their impressive business model. Showing that you can unite clever and supportive business practice with the worldwide desire of having a family of your own.

Ultimately, no matter how the surrogacy is framed, it is impossible to completely detach its economic effect. The only thing that can be done is to ensure that whatever avenue of procurement is supported, is well researched and one that coincides with the best interests of all parties involved.

Stay with superbhub for celebrities Entertainment, Biography, and News.