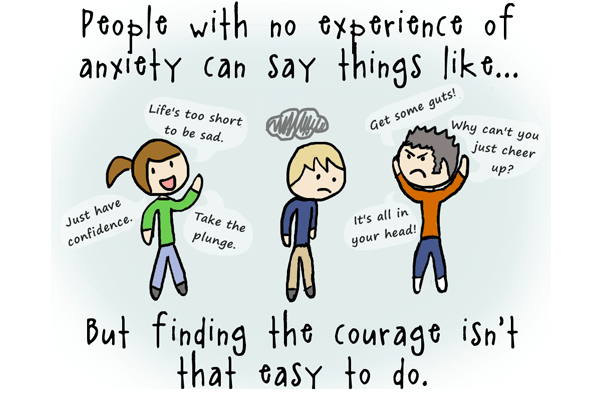 Anxiety is a state or condition of extreme confusion, agitation, or commotion and anxiety disorder is deviation of such emotions. Anxiety disorder is state of mental disorder that characterized by a significant feeling of anxiety, panic, and fear.

Variation in routine behavior identifies anxiety disorders. Not having a proper sleep due to work frustration or excitement, overjoy, over agitation, pierced into deep thought, etc. are a general example of anxiety. Maybe such emotions help you at some stage, it may help to boost energy and focus, but it is causing harm to our healthy mental state. 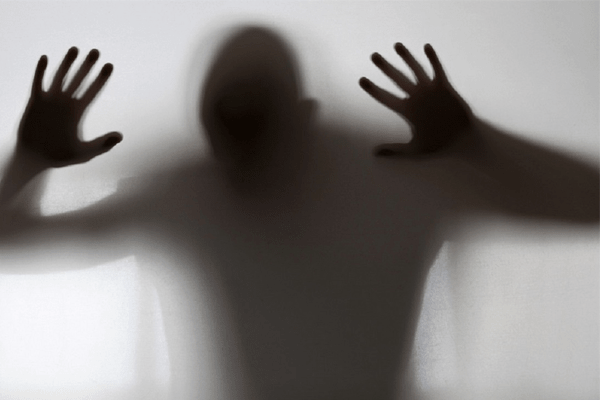 Anxiety doesn’t discriminate any races, community, religion or castes, rich or poor. There might be few data indicating rich people suffering from anxiety and its disorder. But, the truth is every genre of people are affected by anxiety disorders.

Social anxiety or social phobia is a most common disorder, which is well-spread all over the world. Men and women, both equally acquire anxiety disorder — about 15 million of total U.S adults are a victim of social anxiety disorder. Social anxiety or phobia may cause, worry for days or week or a month before any social functions. People with anxiety often feel embarrassed, self-conscious, and afraid of being judged.

Anxiety grieves both mental and physical changes. Excessive blushing, agitation, trembling, sweating, excessive use of hands and facial expression while trying reiteration and stammering along with rapid speech are some physical symptoms that implies Social anxiety.

Sometimes panic attacks can also occur during intense fear and discomfort. Some use drugs, weed, and alcohol to reduce their concern, but that acts only for certain period. Social anxiety may last for years or even a lifetime if not treated.

It is one of the common disease, defined by long-lasting anxiety that is not specific to any one of object or situation. One suffering from GAD feels like fear and worry results in symptoms like fatigue, overconcerned with everyday matters, restlessness, irritability, sleep disturbance and concentration problems.

It may also associate with Headaches, heart palpitations and tiredness. It starts from the age of 8 to 9, when s/he can think about studies and future. Nearly 7 million American adults are a victim of GAD. It plays a crucial role in causing major depression.

Specific phobia is fear or anxiety caused by a stimulus or situation. One can be fear of any given object or subject. That can be animal and situations, blood, water (hydrophobia), driving, etc.

Agoraphobia is the specific anxiety of being in state or place where no help is available.

19 million: 8.7% of Us population are affected by specific phobias. Women are more prone to phobia than man.

A person with panic disorder has brief attacks, known as panic attacks, causing intense terror and foreboding. Its characters include shaking of the body, confusion, agitation, nausea, dizziness, difficulty in breathing and trembling. Chronic panic attacks may lead to inevitable consequences like persistent fear of future attacks and significant change in behavior (may be abnormalities in practice). It affects around six million people who are 2.7% of the US population. Women are twice prone to this disorder comparing male. 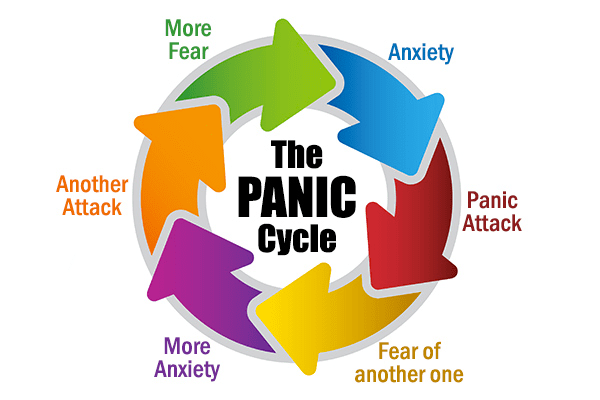 Many possible facts cause such anxiety disorder and leading to Depression.

What is Post-traumatic Stress Disorder (PTSD)?

It is a state of mental disorder that develops after a person exposes to a traumatic event like sexual assault, traffic Collison, sudden loss of poverty, the sudden death of loved one or other scary incidents and threats.

Every traumatized person doesn’t develop chronic or acute PTSD. It’s not compulsory that traumatic event can cause PTSD.

PTSD begins its sign within three months of traumatic event and symptoms may last for a month or more than that. An experienced doctor or a psychiatrist can diagnose the condition of PTSD. Some common symptoms include,

Do children have a similar reaction as of adults during PTSD?

Children can express their feeling. So, they can react to trauma as well, but they might show different symptoms than adults. For instance,

What can be the effect of anxiety disorders in society?

Anxiety disorders leading to Depression has its more significant impact on society. It creates social disbalance and abnormalities. Its destructs social, moral and religious aspects of the community.

The condition of anxiety, negatively impact individuals and our nation. Research has shown that stress can disturb writing and learning, which transitionally leads to lower academic achievement and performance.

Some other researchers have found that social anxiety disorders obstruct the socio-economic, cultural and religious development.

Anxiety Disorders and Depression correlates concerning symptoms, effect, and mental states. One having an anxiety disorder is most probable to suffer from depression. In other words, Depression is an aftereffect of Anxiety Disorder.

Depression is a mental state where the victim suffers low mood and aversion. Such depressed mood can affect person perception, thought, feelings, behavior, and sense of well-being. Depression can occur due to anxiety or may be a side effect of some drugs. People with depression can be in the sad, anxious or null state (feeling hopeless, helpless or worthless). 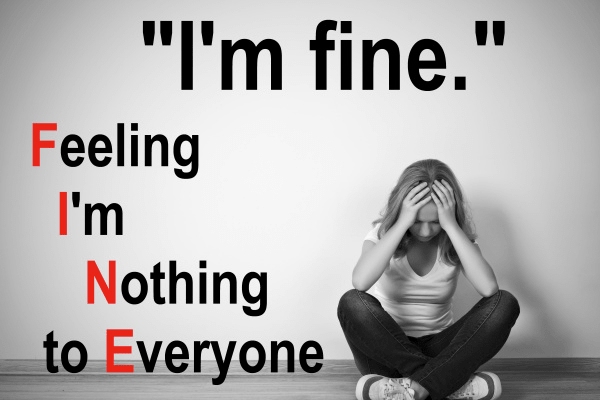 Anxiety disorders like Panic disorder, PTSD, social anxiety disorder and OCD are most probable to lead minor or major depression.

Major depression or clinical depression is characterized by low mood for at least two weeks regarding most situations. Loss of a sense, low self-esteem, lack of interest in usual activities, shade on face and pain without any exact reason mostly recognizes as clinical depression. Women are more prone to depression than men. Depression in women is mainly due to sex, age, and education while in men tiredness, irritability and anger lead depression.

Major depression requires at least five diagnostic symptoms among them one must be, either a feeling of sadness or a loss of interest in pleasuring activities. The other general symptoms relating major depression are Insomnia or hypersomnia (unable to sleep), retardation, feeling of guilt, Suicidal ideation with or without a specific reason, increase or decrease in appetite and cognitive difficulties.

How many people commit suicide due to depression every year?

According to WHO, about 800,000 people die due to suicide every year: one person every 40 seconds. A significant cause of death is found to be major depression.

In the USA, suicide is the second leading cause of death, age ranging from 15-34 and tenth without age limits.

Every day, approximately 121 American take their own life at the rate of 12.8 min per death.

Fact and Stats on Depression 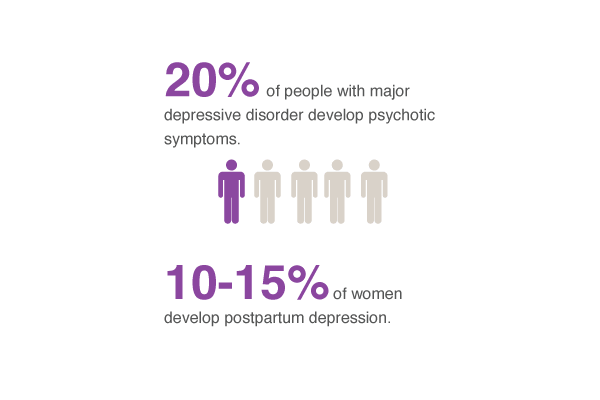 How to Treat Anxiety Disorder and Depression?

Therapy includes Cognitive behavioral therapy, meditation, and transcendental meditation. These therapies can be in use when one doesn’t want medications.

Medication is one of the active ways to reduce or to eradicate Anxiety disorders. Doctors choose SSRI’s or SNRI’s as first-line drugs. There are few evidence that benzodiazepines also help to reduce anxiety as second-line drugs, though, they are not in use due to the risk of abuse. Medications are risky regarding their side effects.

Treatment of depression includes behavior therapy, Psychiatric medication, and medical devices. Such treatment methods are in use for a patient suffering from major depression.

Behavior therapy is often used treatment for depression. Behavior analyst analyzes everything an organism does as behavior. Analyst focuses on the cognitive and emotional functioning of patients. Then, a patient gets treated accordingly for the response including environment change.

Psychiatric medication is a licensed drug that effects on the chemical makeup of the brain and nervous system. There is prescribed setting for different stages of depression. 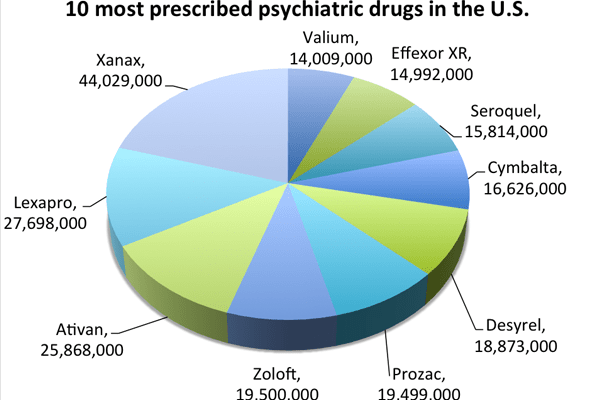 Every day people are suffering from depression and numbers are overgrowing.

Most people aren’t aware of a different kind of treatment available for Anxiety and Depression. Rapidly, growing population and developing technology has increased the workload and eventually, leading to anxiety disorders and depression.

The rate of developing anxiety and depression is rising every day driving deaths. Chronic depression has a devastating impact on emotional and physical health which put our lives at risk.

Day by day the number in drug addiction is increasing. People are having trouble performing a routine task; the family relationship is getting disturbed and facing social isolation due to Anxiety and depression disorders.

Anxiety and depression require early diagnosis and proper treatment to get rid of diseases. The method of prevention should be adopted, and one mustn’t get involved in abusive activities. “Depression is illness, not a choice.” 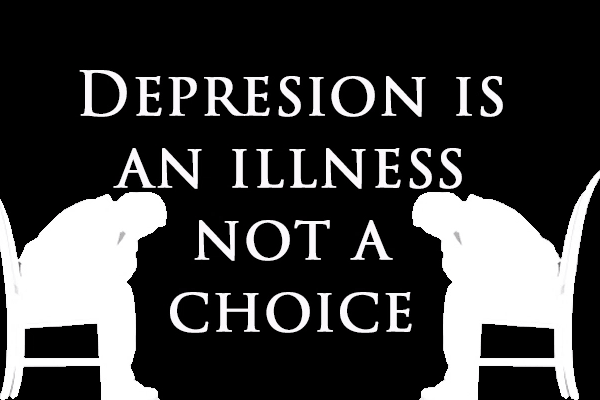 Depression and anxiety are a worldwide concern and these need to be eradicated.