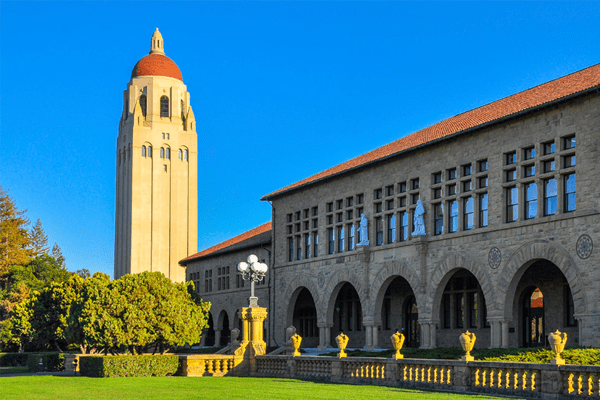 Globalization has scrunched the world into a small space meaning that any student can choose their study destination for brighter future. As brain drain and globalization came together to ease the work of students in finding and enrolling in the universities far from their homes, the USA became the popular hub for study. Since a long time, the USA has been dominating the education sector. Therefore, the most sought out universities for students from the States as well as international students get attracted towards the States. Below is the list of 10 best universities of the United States of America if you are one seeking advice before taking off to the USA for studying.

One of the most prestigious universities, MIT was founded in 1861. The university is the best aof 10 best universities in the States if you are willing to further your career in technology. The alumni of MIT is the part of intellectual community who has won Nobel awards, National Medal of Sciences, MacArthur Fellows and National Medal of Technology and Innovation. MIT boasts at least of 29 awards in each category.

Located in Cambridge, Massachusetts, MIT boasts the first position ranking in the States as well as the world for 6 times in succession. It had a very low acceptance rate of 8% in undergraduate studies in 2016 since MIT is highly selective of its students.

Stanford has the alumni involved in innovation and technologies as it fosters the environment of innovative capabilities. Leland Stanford founded the university in 1885. Stanford is currently renowned for its superiority in researches. It alone conducts thousands of projects and has the budget of 1.2 billion solely separated for research. Stanford University is in Silicon Valley, California. It ranks second in both world and the States in the year 2017 making it also the second of 10 best universities lists.

The oldest university in the States, Harvard University dates back to 1636 with its prominent progress in a wide range of fields: law, business and medicine. Located in Cambridge, Massachusetts; Harvard has its name for becoming the first ever institution of higher education in the USA. The university gifts the environment for international students as 40% students are from races other than white American. Some of the notable graduates of Harvard are Barack Obama, Theodore Roosevelt, Bill Gates, Mark Zucherberg and Natalie Portman. Therefore, it shows the innovative and creative environment of Harvard.

Founded in 1746, Princeton University is the fourth oldest university of the U.S. Princeton has its fame for arts and humanities area taking its position in 10 best universities in the States. The university ranks higher for being responsible in intellectual growth of its students. Princeton provides scholarships to eligible students in 35 academic departments for both undergrad and postgraduate programs.

Established in 1701 and initiated its PhD in 1861, Yale is the center of attraction for students wanting to graduate in law. With the high international acceptance rate, Yale enrolls 20% international students among 12000 of its students in present days. Offering more than 2000 courses and 81 majors, Yale boasts 343-acres in New Haven, CT. If you want to experience high class education, Yale is definitely the university you should try applying. It definitely falls under the 10 best universities of all time due to its high standards in education.

Established in 1890, University of Chicago received a huge donation from John D. Rockefeller for its establishment. The university has a very strong focus on research. The Physics department of the university has developed world’s first man-made self-sustaining nuclear reaction. It offers 99 majors and 54 minors with an aim to strengthening community and research initiatives.

Situated in Ithaca, New York, Cornell University was established in 1865 which became the first university to award veterinary medicine degree. The university has rich academic options including the most prestigious architecture and design school. This year, the university funded 14 new projects by giving away 1.5 million dollars which shows the sign of being one of the 10 best universities of the States.

Founded in 1764, Brown University boasted high reputation since it became the first to accept students regardless their religious beliefs. Located in Providence, RI, Brown University has no hard and fast rule to stick with core curriculums. Rather, students can pursue their education in fields like Egyptology instead of sticking with major. Therefore, there is doubt that there is 98% student satisfaction plus retention rate and 96% graduation rate.