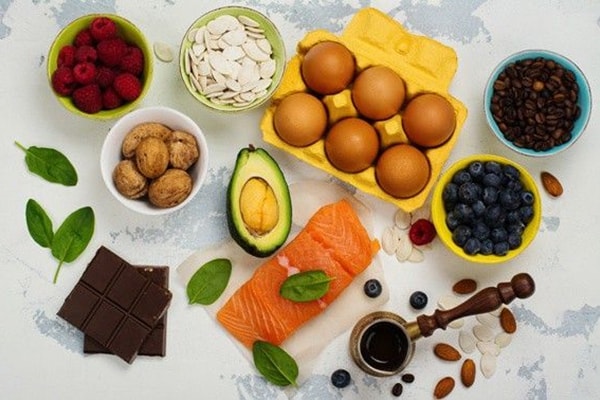 I will share some of my journeys with you about my own experience with Ketogenic diets as it relates to what we put in our mouths and the impact that it can have on our mental state.

My son has in the past displayed aggressive behaviors at times. He would have angry outbursts for no apparent reason that would last for hours, often causing damage to property and injury to me and himself.

For those of you who are not familiar with Autism, I state here that autistic individuals are not inherently aggressive.

I can’t speak for every autistic individual, but for my son, it was more to do with his frustration at being in an overstimulated world where all of his senses are overloaded – from an auditory and tactile perspective.

Most of us can block out incidental noise like a plane flying in the distance, people talking in the background or merely the radio in the car as we drive. These background noises were too much for my son to cope with at times.

Further to this, he had great difficulty in the past with tactile hypersensitivity.

Tactile hypersensitivity means that even the clothing touching his skin created such a high level of discomfort. When he was very young, he would strip down naked just get rid of the feeling the clothes had on him.

Bathing him was an ordeal for him and our household and often required the assistance of another adult.

During his pre-school years, he used to bang his head, and I learned over time that he was merely expressing his frustration at the overstimulation he experienced.

As it turned out, many foods played a significant role in his behavior.

Over time I came to recognize and ultimately avoid giving him certain foods. This resulted in a dramatic decline in his outbursts.

These days after much therapy and the elimination of some foods from his diet we no longer see such aggressive outbursts from him. I consulted Jill who is reviewing ketogenic supplements on Health Nerdy, and she pointed out that eliminating certain foods might help.

When younger, my son was an extremely fussy eater and would only eat one type of food for weeks at a time. For instance, I can remember when he was about six or seven he would eat Vita Brits for every meal or vegemite on toast for weeks and sometimes months on end.

Cordials and fruit juice were discovered early on as a culprit. Within an hour of consuming these things, his behavior was uncontrollable.

At one stage when he was about eight years old, he picked up a treadmill and threw it at me after drinking cordial. He would take the windows out of their frames and throw them over the balcony of our two-story home.

His bedroom became his safe place where the windows were screwed shut, and the only item in his room was a mattress on the floor. It was safer for him and our family.

I learned to eliminate one food at a time, only to find that another one caused similar undesirable behavior.

Someone gave him those yellow banana lollies which produced such aggressive behavior in him; I was forced sit on the floor of our dining room with my back against a wall and cradle him in a bear hug for hours.

After this outburst I sustained several cracked ribs, bruising to my upper body and face and scratches all over my arms, neck, and shoulders. Suffice to say he has never eaten one of these lollies again nor have I ever given him any food with any artificial or yellow food coloring.

These days he is acutely aware of the impact of certain foods on his mood and behavior and often jokes with me saying: “how about I have some yellow bananas Mum? With a smirk and a giggle.

Since commencing on the Ketogenic journey, which my twenty-year-old daughter and I follow and now my son, we have ceased buying bread and grain-based products and have been experimenting with recipes and low carb foods.

My son is not strictly involved in this removal of grain-based foods but he has eliminated bread and other high carb foods like cereals from his diet, and we have all noticed a remarkable change in him.

My son has not displayed aggressive behavior for several years now, but up he has never been very social or forward in initiating social interactions with others. This is highly common in many autistic individuals.

However, in the past weeks, since the removal of most of the high carb foods from his diet, he has been initiating social interactions much more consistently.

On a daily basis, several times a day he approaches me and commences conversations. He also now approaches visitors to our home and initiates communications with them.

I could ask him numerous times throughout the day to empty the dishwasher (one of his assigned chores) and regardless of my repeated requests to do this at the end of the day the dishwasher remained full of clean dishes waiting to be put away.

In the past two weeks, not only have I seen this oppositional behavior disappear, the dishwasher and several other daily chores are being completed by without anyone asking him to help. Also, when I ask him to do other things for me, he does them immediately without the bat of an eyelid.

This is a remarkable change in his behavior and although it is early days, the only difference in our household it has been his change in diet.

Now like all teenage boys it is extremely difficult if not impossible to eliminate all high carb foods from his diet, (or get them to empty the dishwasher) but he is slowly making better diet choices, and I hope that this will continue.

In the past where he would have toast or cereal for breakfast, he now asks for bacon and eggs. He no longer wants the snack biscuits during the day and has replaced them with fresh mango. Two days ago he found a packet of his once favorite snack savory biscuits and told me that he doesn’t like them anymore.

For more updates in health & beauty, articles, news, celebrity entertainment, come back and stay in touch with SuperbHub.

How Can You Strengthen Your Bone By Yoga?