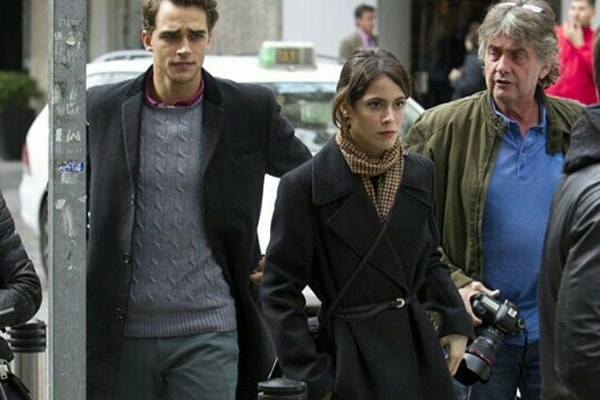 Martina Stoessel dubbed often as Tini Stoessel is a well-known Argentine actress and model who is known best for her work in Violetta, Tini: The Movie, and more. She is now in a relationship with her Spanish boyfriend Pepe Barroso Silva known best for being a former soccer player and model.

This growing love has given us all couple goals lately. The couple is at in their early stage of dating. Martina Stoessel who has been working exceptionally in Disney Channel’s Violetta does not just have a remarkable professional career but an equally well personal life.

The rumors about the couple dating began brewing back in July when Pepe shared a picture of the couple together on his Instagram account. He captioned the picture thanking Martina for giving him “some incredible days”. Their fans got really excited about the rumor and began commenting about it. Things then got serious when Martina posted a picture of Pepe a month later with a love emoji. It certainly gave away the mystery!

The couple was seen kissing on a picture which was posted by Martina on her Instagram account.

How has Marina Stoessel been keeping up with the split from her ex-boyfriend?

Martina was previously in a relationship with her ex-boyfriend Peter Lanzani. Lanzani and Martina began dating in 2013 and made their public appearance on September 2015 Venice Film Festival at the premiere of El Clan. Eventually, in the same year, Lanzani and Martina had a split but the reason has never been disclosed.