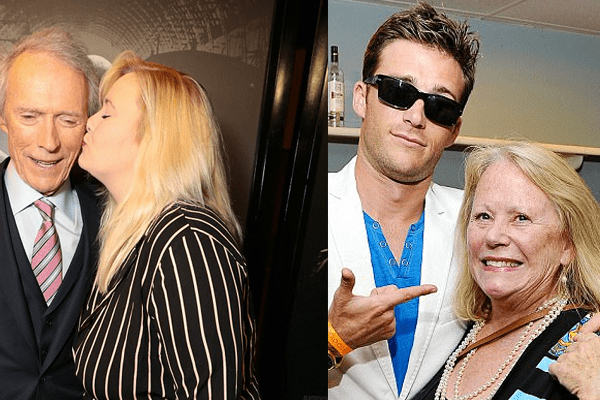 87 years old legendary Veteran American Actor, Director, and Producer, Clint Eastwood has always been a ladies man. He has been in a relationship with thirty-one women. And married to two, Dina Eastwood and Maggie Johnson.

Director of The Sully: Miracle on the Hudson, Clint Eastwood kids, Scott and Kathryn, were born from his affair with flight attendant  Jacelyn Reeves. Both Clint Eastwood kids are well-known Hollywood celebrities. Their birth certificates, however, do not have their father’s name.

Born on March 21, 1986, Scott made his debut from the movie, Flags of our Fathers directed by his biological father Clint. And he is also widely known for his loverboy role in the movie The Longest Ride(2015).  Thirty-one year old, Scott grew up on movie sets getting an experience of storytelling.

Moreover, his mother Reeves taught him to be honest and selfless. While Clint never gave him a penny and taught him to earn by his own. Not to mention, Scott appears similar to his father’s young age appearance. 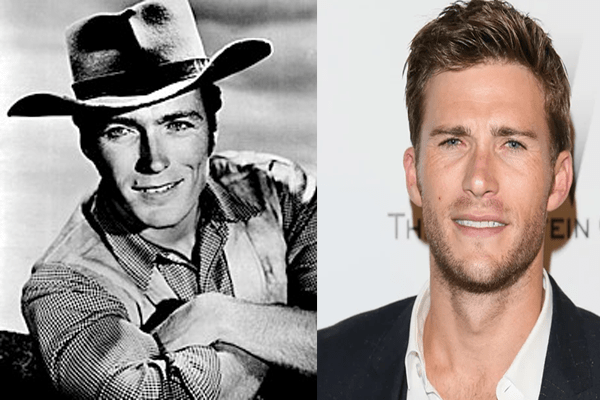 Clint Eastwood looks similar to his son, Scott Eastwood when he was young.

Scott says his father Clint Eastwood made him work hard to get everything. Also, when he was just 14 or 15 years old, his father gave him advice and left him to make a career on his own.

On the other hand, Kathryn is an actress who is also known for the recent movie American Virus(2015) where she worked as a screenwriter. Born on March 2, 1988, she is one of eight Clint Eastwood Kids who is low in profile but is known for her screenwriting skills in movies.

Kathryn Eastwood net worth thus includes her earning as a scriptwriter and she has her own identity than just a daughter of $375 million worthy dad, Clint Eastwood.

Her noteworthy works can be observed in  Kathryn’s father movie Jersey Boys released in 2014 and her recent movie, Virus of the Dead, 2018. Kathryn also respects and loves her father Clint very much. She appeared with him in Ms. Golden Globe when she was 17.

She also accompanies him in his award ceremonies. Her love towards her dad can be seen in the picture where she kisses on his cheek for his latest film 15:17 premiere in Los Angeles. 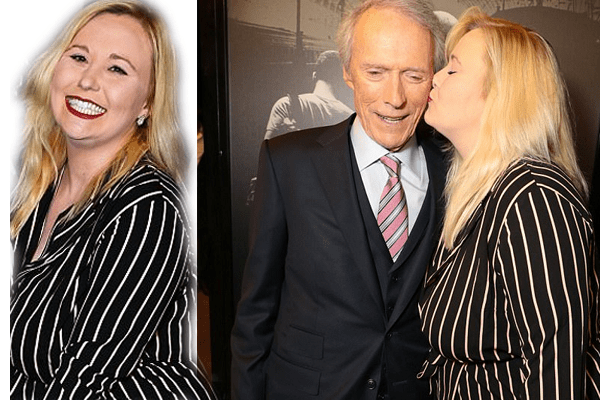 Kathryn and Scott Eastwood have a warm relationship with their other siblings. They chat, hug, laugh, joke and love each other as a family. They are often seen together in social events too. Recently the Eastwood siblings appeared at Warner Bros studios in Los Angeles with their father Clint Eastwood.

Clint and Jacelyn became partners when he was already in a marital relationship with his first wife Maggie Johnson. The couple met at the Hog’s Breath Inn club, Carmel, formerly owned by Clint Eastwood.

The year was 1984 when the duo met, and Jacelyn gave birth to Scott in 1986 and Kathryn in 1988. But neither of them are listed as Clint Eastwood kids in their birth certificates.

Furthermore, the lovebirds were residing secretly in a house in Carmel.  The house was under Clint’s manager’s name, and the fact was revealed after his girlfriend Locke filed a case. Their mother Jacelyn took care of their children raising them in Hawaii according to ABC News. It was also revealed that Clint Eastwood kids, Scott and Kathyrn as beneficiaries of Clintwood’s will.

Also, Know about Clint Eastwood’s daughter, Francesca Eastwood born out of a relationship with Frances Fisher.

For more entertainment news, stay with us on SuperbHub.