Brielle Biermann’s dating affair with boyfriend is going smooth! Is she taking things slow this time? 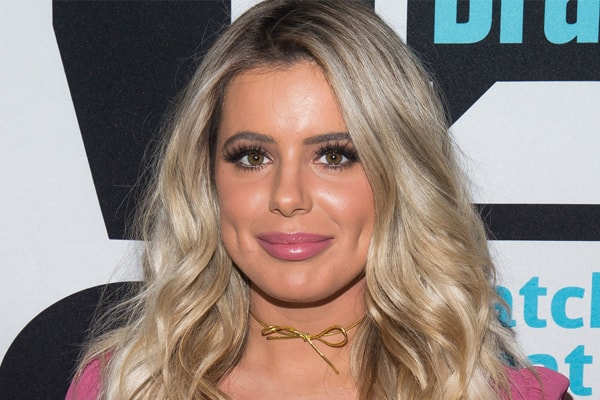 Who is Brielle Biermann’s new boyfriend? Is she too young to be in a relationship?

The daughter of Real Housewives of Atlanta alum, Kim Zolciak, Brielle Biermann seems to be taking the steps of her mother as she enters the entertainment arena. Not only is Brielle doing great in her professional life but her personal life as well. Brielle, 20 is in love!

She is in a relationship with her boyfriend Michael Kopech. Kopech is known to be a minor league pitcher for the Boston Red Sox. The couple seems to be in love as seen in their respective social media accounts. The young lovers do not just look like they are fooling around but are genuinely falling or each other!

Brielle in an interview shared that Kopech is “just thoughtful”. She revealed that she is “not used to someone who’s so nice, very relaxed and chill”.

It can be said that Brielle Biermann’s dating affair with Kopech is going pretty well because they have been in a relationship for a year and have not had any alleged serious fights. During their anniversary, Brielle shared a picture of herself and her boyfriend. She captioned the photo “1 year and i swear i couldn’t love you more than i do right now”!

1 year and i swear i couldn’t love you more than i do right now yet i know i will tomorrow.. and every day til i die. i love you michael. happy anniversary?

She also frequently posts pictures of Kopech on his birthdays and other special events. In a picture of Kopech, she captioned saying that he was “the most incredible man” she knew.

happy birthday to the most incredible man i know. i truly am the luckiest girl in the world to have you as mine! and i know it’s technically your day but it’s my day too because you’re beyond the best thing that’s ever happened to me! i hope i can make your day as special as you made mine, i love you michael!

Not only has Brielle been vocal about her love for him, but Kopech himself has shared pictures of himself with Brielle and shown love towards her. He even wished her a “happy #nationalgirlfrinedday” on Instagram with the sweetest photo and adorable caption.

Happy #nationalgirlfriendday to this lovely goofball right here. I’ve been looking for a reason to brag on her & today seems as good of a day as any. She got her tonsils taken out today & she’s feeling like ? so wish her well, please! Thanks for all you do, Brielle. I love you. ?

We all hope that he budding love lasts long!