Home / Article / Here Are The List Of Inspiring Celebrities With Disabilities 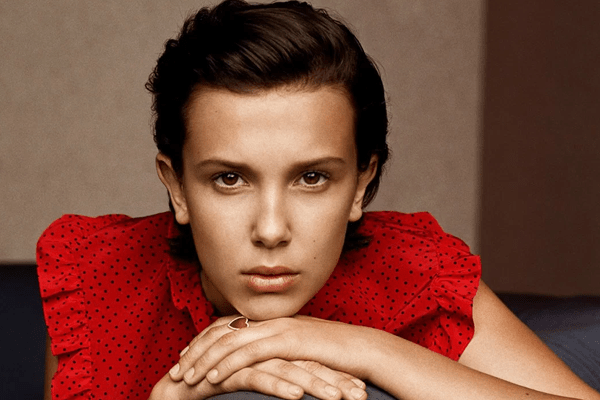 61 million adults in the United States live with a disability. Yet, only 2.1% of regular characters on primetime TV have disabilities, a recent report from GLAAD reveals. The lack of disability representation within the mainstream media is a long-standing problem that disability advocates are working to improve. However, numerous famous actors working today are diagnosed with disabilities themselves, yet still achieving success and paving the way for others living with disabilities.

At just seventeen years old, teen actress Millie Bobby Brown has already starred in a hit Netflix show (Stranger Things) and won a Screen Actor Guild Award. However, you may not also know Brown has actually been deaf in one ear since she was a young child. She was born with partial hearing loss, which eventually developed into complete deafness in that ear after years of tubes. As a result, Brown can’t always properly hear herself or her co-stars while filming. She even struggles to hear the director’s “action” cue if it isn’t loud enough. Nevertheless, partial hearing loss doesn’t stop Brown following her passions, which right now, includes singing. Although Brown can’t fully hear herself perform, she still enjoys working on her vocal abilities simply for the fun of it.

Roy Frank “RJ” Mitte is an actor best known for his role as Walter “Flynn” White Jr., a young man with cerebral palsy, on the hit AMC television series Breaking Bad. Affecting movement, posture, and balance, cerebral palsy is the most common childhood motor disability. There’s several different types of cerebral palsy, spsatic being the most common and the condition Mitte was diagnosed with at age 3. Throughout his childhood, Mitte endured years of painful physical therapy along with bullying from his peers. Rather than being beaten by his experiences, however, Mitte developed inner strength and a can-do attitude in the face of hardship. So, when his family moved to LA, Mitte decided to embrace a challenge and try acting. Just a few months into acting lessons, Mitte became a regular on Hannah Montana. He was then cast in Breaking Bad within the year. Since then, Mitte has advocated for cerebral palsy awareness, taking on the role of ambassador for United Cerebral Palsy.

At age 29, actor Michael J. Fox was diagnosed with young-onset Parkinson’s disease: a progressive nervous system disorder that leads to shaking, stiffness, and trouble walking, balancing, and coordination. While Fox initially kept the details private, he opened up about his condition for the first time in 1999 and has since been a passionate advocate for Parkinson’s awareness and research. Although Fox has enjoyed a long acting career, he recently revealed his worsening short-term memory now stops him memorizing lines. So, now Fox will stick to writing, another one of his passions, having already written four best-selling memoirs.

A disability diagnosis doesn’t have to prevent someone from living a full, independent life. These inspiring celebrities are prime examples of how it’s possible to overcome obstacles and achieve your dreams despite limitations.