Home / CURE FROM HIV : THE SCENARIO OF NEAR FUTURE

CURE FROM HIV : THE SCENARIO OF NEAR FUTURE 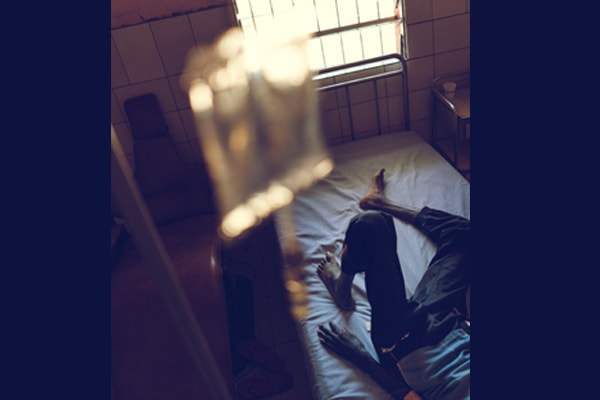 AIDS is one of the most fatal diseases caused by HIV virus. It is the deadliest disease on the earth. HIV stands for human immunodeficiency virus. This fatal disease was first discovered in the USA in the year 1981 and so far it is responsible for millions of death worldwide.

So far no cure for HIV virus has been discovered till now. As the healthcare industry is expanding at a much higher rate there has been the tremendous rise in cases of AIDS patients every year.

Billions of bucks are spent every year by the government of different countries to search for a permanent cure of AIDS. Due to the advancement of technology in the sector of medicine, it is expected that the cure for AIDS will be available until the year 2025.

There are several factors which cause AIDS such as unprotected physical contact, infected blood transfusion, needle sharing drug abuse, childbirth etc. Early symptoms of AIDS may include mild fever, headache, skin rash, irritation in genital areas, vomiting, weakness, and pain throughout the body.

As the name suggests “Human Immunodeficiency virus” it weakens the body of the patient by attacking the white blood cells. The immune system of the person infected with HIV become so weak that it becomes impotent to fight against foreign bodies.

The treatment for AIDS is so costly that the government is providing life insurance for people with HIV. You can be aware of the policies through this blog.

The cure for HIV and the future

In recent years, many scientists have prepared antiretroviral medicines and drugs to reduce the HIV virus and its symptoms of the body. These drugs are quite effective in increasing the life of the patients. Many vaccines have been developed by many medicine corporations but the effect is partial till now in the year 2018.

Many other scientists are finding a way for the cure through the help of genetic engineering. The motive of genetic engineering is to re-structure the DNA and completely eradicate the HIV virus. These measures can help build the immune system stronger and fight against other diseases and foreign bodies.

In the past events carried out by doctors have been quite unsuccessful. Scientists have tried different procedures like bone marrow transplant but the risks of death of patients were quite high and the results produced were negative.

Treatment of HIV in India

If we take India as an example country, there are thousands of cases of AIDS noticed every year. All the cases are due to lack of information and basic education. Some of the drugs for the HIV virus which is easily available in India are Abacavir, Stavudine, Tenofovir, and Didanosine.

These drugs are approved by FDA as well as by DEA. These drugs are easily available in hospital pharmacies and help to keep HIV virus under control. The main functions of these drugs id to keep the immune system stronger.

Another drug released by government “ABX464” showed positive results and reduced HIV virus in the patient’s body by up to 25 to 50%. This test has given a ray of hope to patients as well to the doctors.

It is expected that a complete cure for AIDS will be available very soon. It is always advisable to take protective measures to avoid this deadly disease. One should always remember that prevention is always better than cure rather than regretting later on.

In the case of suspecting any of the symptoms of AIDS, it is always advisable to rush to a nearby pathology to get the HIV test done. In case of positive results take suitable vaccines and drugs to protect the immune system. In the near future, we can surely expect a permanent cure for AIDS or HIV virus as we can see the healthcare sector is booming at a higher pace.

Stay in touch with us for more health & beauty updates.