Home / Breast Cancer the most common cancer in women, early detection and its prevention

Breast Cancer the most common cancer in women, early detection and its prevention 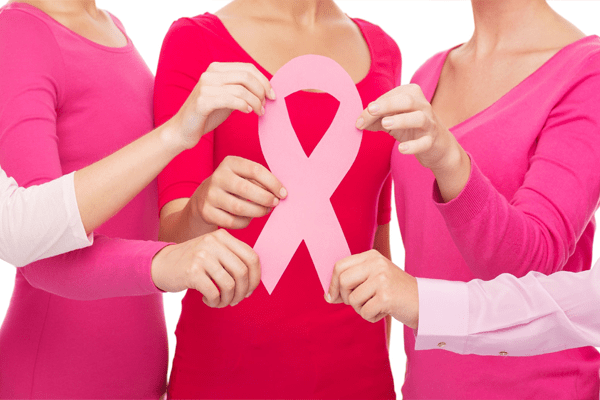 Picture Credit: indystar.com
In the global context, breast cancer is emerging as the most common cancer in women. It is estimated that approximately 1.7 million new cases were diagnosed in 2012. This represents nearly 12% of all the new cancer cases in which 25% of all the cancer cases diagnosed in women. This is the 5th most common cause of mortality in women due to cancer.

A 20 years old, Bianca Innes was diagnosed with breast cancer at a very young age in April 2017.  She has undergone 12 chemotherapy sessions, two surgeries and also, she was admitted to hospital several times while she was suffering from bone pain and fatigue.

Later, on the right side of her breast a “small lump” turned into triple in size. Doctor declared her as she was in Grade 3 stage of cancer which is an extremely rare diagnosis case.

Recently, she was uploading her picture in the social media to spread awareness about breast cancer. She was posting two pictures of before six month and after six month of cancer diagnosis.

HAVING A MASSIVE WTF MOMENT THIS SATURDAY MORNING! These photos were taken 12 months apart almost to the day. On the left, a healthy, happy and normal 20 year old girl. On the right, a 21 year old girl fighting a battle she thought she’d never be faced with. Breast Cancer. This is a stark reminder that cancer does not discriminate. It doesn’t give a fuck about your age nor your financial status. This week I was told that I needed to start immediate radiation therapy as my heart and immune system can no longer handle chemotherapy. This consists of 6 weeks of daily intensive radiation. Unfortunately, this is another battle I will need to push through. However, who would think that something you don’t CHOOSE to get could be so expensive?! My friends and family have kindly set up a ‘GoFundMe’ page and the link is in my bio. Any donation large or small I am beyond grateful for. I am overwhelmed by people’s support thus far and truly don’t have the words to describe what it’s like knowing that people genuinely want to see you healthier, stronger and happier than before. My entire journey I’ve tried to stay positive and show the raw realities of cancer at this age through my blog by spreading awareness to young women far and wide. Hopefully I’ll be able to show you all that I kicked cancers ass! ??? #breastcancer #breastcancerawareness #bcna #checkyourboobies #pinkhope #pinkribbon #knowyourrisk #loveyoursister #bodyawareness #boobs #beforeandafter #cancer

In December, she will undergo for her next phase of treatment.

It is found from Researchers at Harvard Medical College that 40% of the cancer cases and 50% of the cancer deaths are due to bad habits. The common risk factors of breast cancer in female includes obesity, lack of exercise, alcohol, ionizing radiation, hormone replacement therapy during menopause, early age at first menstruation, having children late or not at all, older age as well as family history.

According to the World Health Organization, approximately one-third of the cancer deaths could be decreased if they are early detected and treated. The common symptoms of breast cancer includes change in breast shape, lump in a breast, dimpling of the skin, fluid coming from nipple and red scaly patch of skin.

Breast cancer can be diagnosed after the tissue biopsy.

The treatment can be done on the basis of cancer stage which includes surgery, radiation therapy, chemotherapy, hormonal therapy and targeted therapy.

For early detection of breast cancer and its prevention, breast self- examination techniques must be followed regularly.

Here are the six steps of breast self- examination.

Step 1: Inspection of the breast with the arms hanging next to the body

Step 2: Inspection of the breast with the arms hanging next to the body

Step 3: Inspection of the breast with by hanging arms in the side

Step 4: Palpation(feeling with the fingers or hands) of the breast

Step 5: Palpation(feeling with the fingers or hands) of the nipple

Step 6: Palpation(feeling with the fingers or hands) of the breast while lying down.