Home / Torrei Hart and Kevin Hart Divorce. What Went Wrong on Their Marriage?

Torrei Hart and Kevin Hart Divorce. What Went Wrong on Their Marriage? 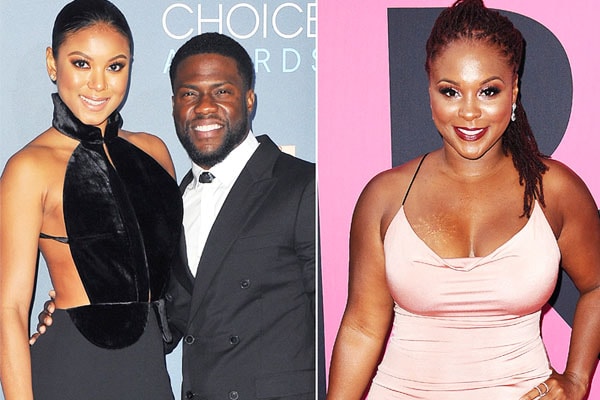 In 2011, the shocking divorce of Actress Torrei Hart with her husband Kevin made the exclusive news in media. The shocked fans were quick to point out that the cause behind the divorce was his current wife Eniko Parrish. But back in 2016, the story took a surprising u-turn.

Kevin Hart and his former wife Torrei Hart had tied their knot in 2003 which ended up in 2011. The former couple has two kids together. Comedian and TV Personality Kevin married his wife Eniko Parrish in 2016 and welcomed his third baby boy.

The cause behind their failed marriage

The comedian who is famous for turning every real-life situation into hilarious jokes turned himself into the ugly divorce. The fans of Kevin and Torrei became shocked after they flash out the news of split off and the reason behind was Kevin’s infidelity and lies.

When their split up is publicly disclosed, almost everyone was surprised what really happened to Kevin who is already the father of two kids. In an interview, Kevin’s first wife Torrei also explained how the cheating and lying habit of Kevin ruined their marriage.

Kevin and Eniko Parrish met in 2009 and got married in 2016. Things became worst when Eniko posted an Instagram picture alongside Kevin. In the caption, she wrote, 8 years together and 1 year married which was even bitter for the formal couple. The sentence has said many things with very few words.

Kevin exposed himself in the media for cheating his now-wife, Eniko Parish. Kevin shocked his fans and media by uploading the video about how he cheated his pregnant wife. Though his confession was clear, the story was bitter.

Through the video, Kevin has exposed himself and confessed that he cheated his current wife Eniko. He also apologized with the public for he has made the irresponsible and hurtful mistake. From his confession, it was clear that cheating is simply not acceptable in a relationship.

Besides that, he was also arrested in 2014 for the suspicion of drunk driving. It was reported that his black Mercedes nearly collided with a tanker truck on Southern California while Kevin was driving himself.