Home / Celebrity News / Topper Mortimer in friendly terms with his ex-wife Tinsley Mortimer? Why did the couple separate in the first place?

Topper Mortimer in friendly terms with his ex-wife Tinsley Mortimer? Why did the couple separate in the first place? 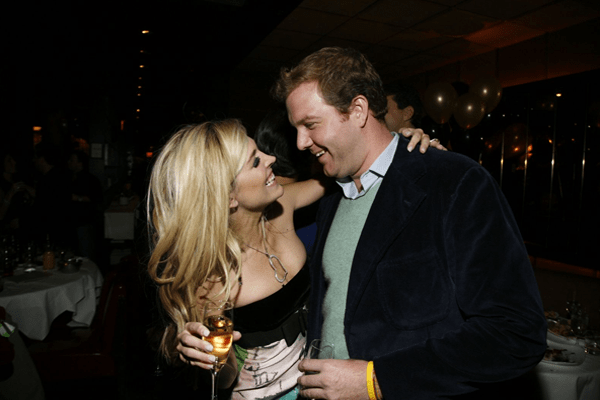 Is Topper Mortimer still friends with his ex-wife Tinsley Mortimer?

Topper Mortimer is known best to be the heir to the Standard Oil fortune. Topper was married to his wife Tinsley but the couple soon had a divorce.

Even after years of divorce, the two have remained good friends. She took to Instagram to share pictures of her marriage day. In May 2016 she posted the pictures of her marriage and captioned that she realized it was her anniversary and that although she is not married anymore, Topper remains her “great friend”. According to her profile of Housewife in Harper’s Bazaar, she is a close friend with Topper.

Just realized today is my anniversary. No longer married but still my great friend ?

Topper met his future wife Tinsley Randolph Mercer while they attended New Jersey’s boarding school, Lawrenceville Prep. The two began dating since then. Topper was Tinsley’s junior. The two were so much in love that they went on to elope to Florida. They decided to get married at the age of 18 but their marriage was annulled. Topper and Tinsley got married n 4th May, 2002.

However, there seemed to be a lot of conflict in their married life later. The reason for the dispute was because of the soaring success of Topper’s family business while Tinsley was barely putting herself together.

Topper Mortimer’s divorce was the cause of his successful family line business. When Tinsley stepped out of the relationship, Topper sent emails to his friends saying that “Casi never gave her a chance to breathe” and that he was “manipulative and overbearing”. He also added that he loved his wife and that he would do anything to “salvage this marriage”.

The couple to divorce in 2009. Tinsley went on to move to Palm Beach. She has since been in a relationship with German Prince, Casimir Wittgenstein-Sayn and her ex- Alexander Nico Fanjul.

Since the marriage Topper as gone his own way and Tinsley her own. Tinsley is doing well as a cast member of the Real Housewives of New York.