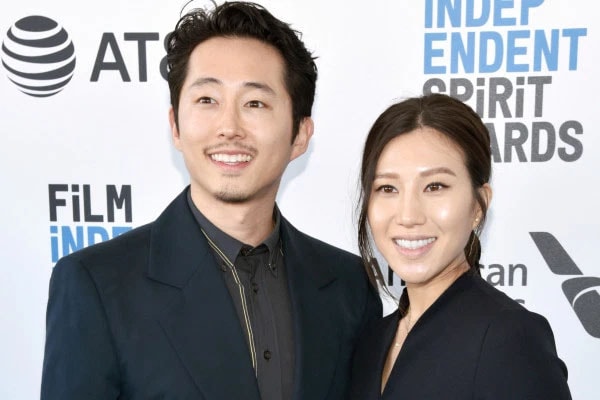 Steven Yeun is currently married to his partner Joana Pak. Steven Yeun’s wife Joana Pak is a trained photographer. The couple has been together for almost ten years and has two children together. As of now, they are living together in Los Angeles, California.

Steven Yeun is a Korean-American actor and voice actor. He is best known for playing the role of Glenn Rhee on AMC’s horror TV series The Walking Dead. He has been married to Joana Pak and here are some facts about Steven Yeun’s wife Joana Pak as well as their love life.

Joana Pak Is A Trained Photographer

Following her graduation, Joana joined graphic design classes and took up an editorial internship. Later she moved to Los Angeles to accomplish her photography goals. As of now, she is the owner Jo Pakka Studio which is a freelance photography service based on California. 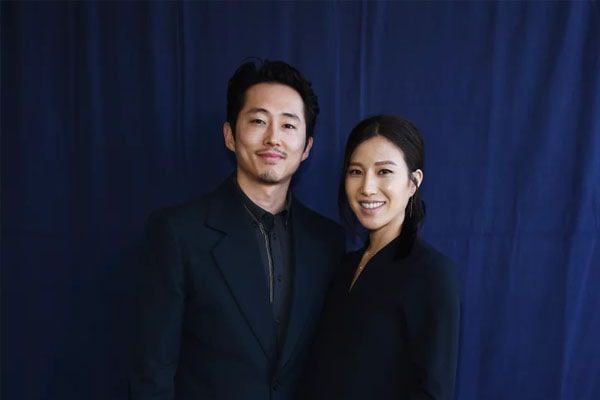 Talking about Joana Pak’s early life, she was born on 1st October of 1986 in the USA. She grew up along with a sister named Kayle Pak. Joan Pak holds the Bachelor’s degree in arts from Columbia College in Chicago.

The Gorgeous lady Joana Pak and The Walking Dead star Steven Yeun started seeing each other since 2009. Joana was in college when the two started dating. Steven moved to Los Angeles to take up acting projects and Joana was attending college in Chicago. The couple maintained their relationship despite being in a long-distance. 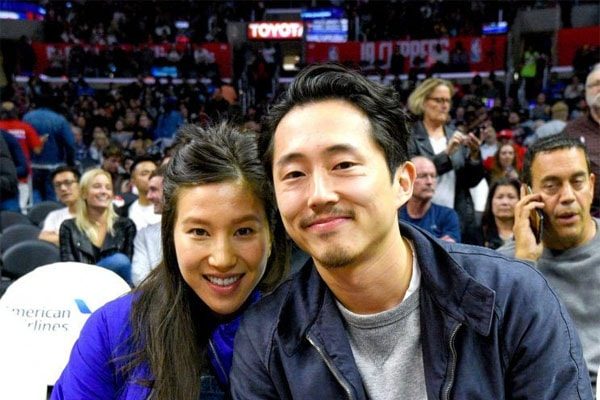 Joana Pak and Steven Yeun have been together since 2009. Picture source: Yahoo.

In 2015, Joana Pak and Steven Yeun got engaged. After being engaged for a year and dating for seven years, the couple got married on 3rd December of 2016 at Paramour Estate in California. Their wedding nuptials were attended by over 200 guests including family members and close friends. Soon after their marriage, Joana Pak revealed that she is pregnant on her social media.

Pak Is A Mother of Two

Joana Pak had shared news of her first pregnancy through her Instagram posting a picture of a baby bump. On 17th March of 2017, Pak and Yeun welcomed their first child named Malcolm Yeun. The couple is also blessed with another child.   On 7th May of 2019, Joana shared a picture in which she was lying in a hospital bed with a tiny newborn baby on her chest.

Steven Yeun and his wife have not revealed the name of the baby and the exact date of birth.