Home / Selena Gomez and her Mom Mandy Teefey have unfollowed each other on Instagram? Is it because of Justin Bieber?

Selena Gomez and her Mom Mandy Teefey have unfollowed each other on Instagram? Is it because of Justin Bieber? 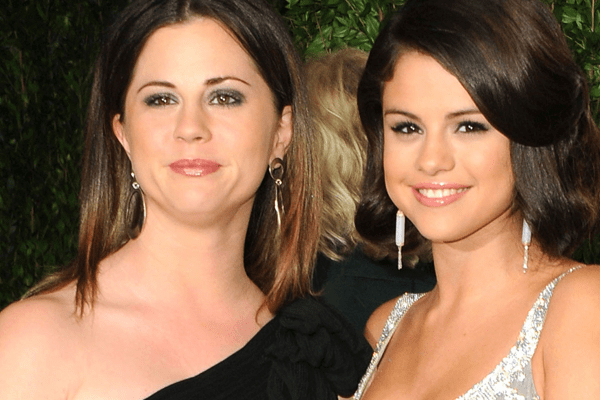 Picture credit: Elle UK
Weeks before, Jelena fans were thrilled and excited! Well, they came to know that Selena Gomez and Justin Bieber are trying to make things work out between them!

They were also spotted dating and spending a romantic weekend together in Seattle.

Selena Gomez split with Abel Makkonen,”The Weeknd,” Canadian singer, songwriter and record producer in October. Well, this turned out to be good news for Jelena fans as Selena and Justin reunited!

Selena and Justin, after their bitter break-up in 2014, tried to move on and part their ways. But, deep down it seems they were still in love, and the love brought them back together. However, not all are happy with this news.

This time, it’s Selena Gomez’s Mother, Mandy Teefey! She is not happy with her daughter’s reunion with Justin Bieber especially after the bitter break up in 2014. This led to heated argument between mother and daughter which resulted in Mandy getting hospitalized.

A week after the incident occurred, it has been noticed that both mother Mandy and daughter, Selena are unfollowing each other on Instagram!

However, a source near to the Gomez family clarified that this was not solely due to Selena’s reunion with Justin. “Mandy and Selena have had their usual ups and down before. This isn’t the first time.” The source said to People.

It was confirmed that Mandy had gone for a treatment at a hospital in Los Angeles, but the reason was not the argument with Selena over Bieber. The insider from the Gomez family said to PEOPLE that it had been a stressful time for Mandy; so she decided to go to the hospital to make sure everything was okay.

The source added that Selena wants to give some space to her mom. “When they fight, they fight hard. But when they love, they also love hard.”

It is also known that Bieber is trying hard to show Gomez family that he has changed for good. And that he is matured now.

Teefey also recently shared an emotional post in Instagram on Monday in memory of the beloved Scarlett who is the daughter she lost to miscarriage in 2011.

Thank you to all the fans who honored our Scarlett yesterday. Dec 17th will never be the same, but we decide to celebrate her by writing her letters on red balloons and releasing them. Now the 17th is intertwined with the wrap of S2. So, she was there in spirit as always. A moms love for their children is pretty fierce. In order of my girls, Selena, Scarlett and Gracie. Family is what matters, blood or not, #family13 made me smile and feel loved when so needed and they didn’t know. Then, I came home to Brian and Gracie to send our love to Scarlett. Fans, I want you to know you are family because I have a huge family and you are the only ones who remember! XO forever. Thank you to the people who respected my post and sent love to Scarlett. I’m sorry I had to take them down. I am disturbed at the words being posted on this from people who can even find an oppt to be vile about a Lost baby. You don’t like me, don’t spend time on me. Unfollow so, no one has to read such hate.

A source from Bieber doesn’t have the same opinion. The Source says, “Selena’s mom is still not happy about Justin. And It’s definitely causing some family conflicts. It’s been hard on Selena. She really believes Justin has changed and wishes her family would trust her.”

Despite reports of the reunited pair, Bieber source adds that they are not officially boyfriend and girlfriend yet. They are taking counseling to work on their relationship with the church’s help.

The Gomez insider said that they didn’t want to repeat the same patterns as before as they apparently had issues in the past, so they’re receiving some guidance from Carl.”

Earlier this month, while speaking to PEOPLE exclusively, Bieber’s mom Pattie Mallette said that her son is keeping his focus on God lately and is trying to figure out what counts and what matters.