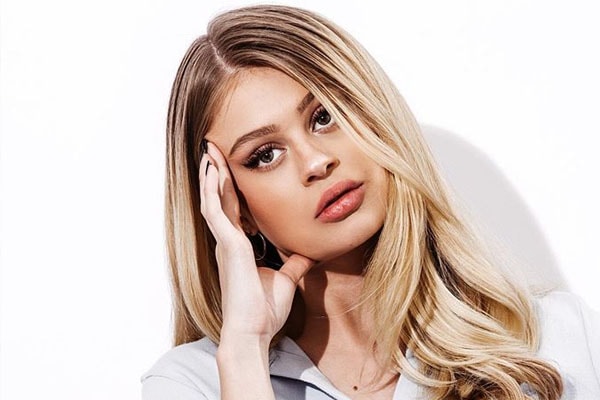 Natalie Ganzhorn is a famous television actress from Toronto, Canada. She is best known for her role in Scary Stories to Tell in the Dark. She has also appeared in Make It Pop. After her appearance in the comedy TV series, she earned more fans following.

Natalie had an upbringing along with her younger sister Maddy Ganzhorn.

The famed Canadian star is recognized for her notable role as Ruth on the Andre Ovredal directed horror film Scary Stories to Tell in the Dark. She began her acting career in 2014. Her first TV series debut was in Working the Engels. Since then, she has appeared in many TV series. She has also played Quinn in an episode of the series Max and shred, which starred Saara Chaudry. Here are some TV series in which Natalie has appeared:

As mentioned earlier, the Twenty-one year old Natalie is renowned for her appearance in TV series Scary Stories to Tell in the Dark.

From the appearance in these TV series, she must have collected huge fans following.

Natalie Is Famous On Social Media

Among these three social media, currently, Natalie is much active on Instagram. She has over 33K followers on Instagram as of June 2019. Her first post on Instagram was on August 27, 2018. Till now she has posted 11 posts on Instagram. It seems she prefers not to show off.

Despite her less number of posts on Instagram, she has a lot of followers. Aforementioned, she has already earned almost 33k followers in a short span of time.

Natalie has not been involved in Relationship yet

As mentioned above Natalie is famous for her acting career. She also has huge fans following but she has not revealed anything about her personal life yet. It seems she is possibly single. She might be focusing on her career rather than being involved in love life.