Home / Sam Golbach dating a perfect girlfriend at such a young age? How is dating life going?

Sam Golbach dating a perfect girlfriend at such a young age? How is dating life going? 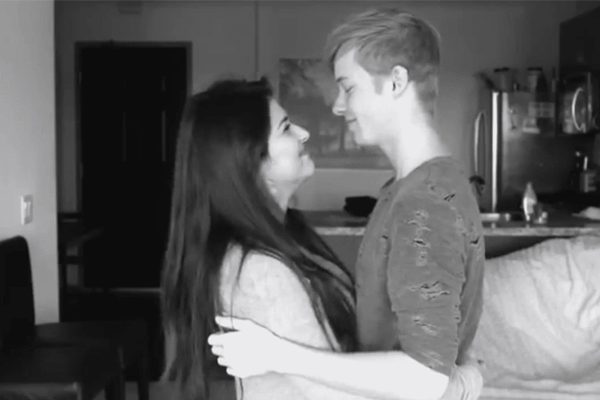 What could be sadder than learning that the very handsome and cute Sam Golbach is off the market! Yes, Sam Golbach is officially dating. Sam Golbch dating affair has been taking over the entertainment news since he is known to have found the perfect girl for himself. Even at such a young age has found the love of his life and has known what love is! Who is Sam Golbach’s perfect girlfriend? Is Sam Golbach’s dating affair going as perfectly as the rumors? Let us find out!

Who is Sam Golbach’s perfect girlfriend?

Sam Golbach is in the dating game and he seems to be having the time of his life. With success from his career and also his personal life, Sam is definitely in a good place right now! Sam Golbach is known to be dating his girlfriend, Katrina Stuart.

The YouTube and Instagram personality, Golbach has found love closer to work. Katrina Stuart is also a well-known YouTuber. Sam Golbach and Katrina Stuart began dating in 2016 and have been together since. They have no shame in showing major PDA wherever they go. Also, he couple have been fabulously presenting their lives in the YouTube videos that they post and making the world envious of their perfect relationship.

The growing love between Sam and Katrina is growing as smoothly as their age itself. The young couple has been taking things slow and it has been working out just fine for them.

How is Sam Golbach’s dating affair going on with his alleged perfect girlfriend?

So lucky to have this Canadian cutie by my side ♥️

Sam Golbach first introduced us to her girlfriend through his YouTube video. Both the internet sensations are having a remarkable time together and we wish the best for them.