Home / Ryan Destiny busy in his career! No time to go on dates and have a boyfriend?

Ryan Destiny busy in his career! No time to go on dates and have a boyfriend? 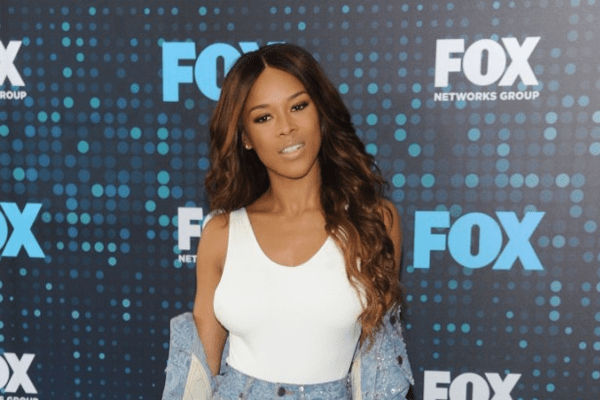 Is Ryan Destiny in a relationship with someone?

Ryan Destiny’s relationship status shows that she is still very much single. However, Ryan’s onscreen romance has got all her fans confused about her personal life. Ryan is seen on the TV show “Star”. Not only is Ryan’s acting commendable, her on screen romance with her TV boyfriend Quincy Brown gives all of us goose bumps.

@RyanDestiny
To my favorite onscreen couple

Ryan has not been ever seen with any boys out in public. She has also shown no public gesture that she is in a relationship. Ryan Destiny’s relationship status has been mute since a long time. The reason for this might be that she is very busy with her growing career as an actress.

Where is Ryan Destiny’s career heading these days?

Ryan Destiny has worked as an exceptional actress since the time she landed on TV. She is known best for her appearance in America’s Got Talent’s audition. Ryan has been an active girl since a young age. Ryan’s father Deron Irons is a member of the 90’s R&B group Guest which might be the reason of her immaculate voice and hard work!

Like father, like daughter, Ryan Destiny went on to take vocal classes at a small age and it has definitely helped her in the present days. She gained huge popularity when she joined the girl gang, “Love Dollhouse”.

Ryan has appeared in The Wannabes Starring Savvy marking her first acting career. Ever since then, Ryan has been growing incredibly as a talented artist. She got to portray the character Grace in A Girl Like Grace in 2015.

Ryan’s acting career has reached the pinnacle since she has was cast in the musical drama series, Empire. Not only has Ryan’s immaculate acting skills been displayed in this series, but her singing skills have also been nurtured and displayed! At present, she is perfectly playing the role of Alexandra Crane in Star!