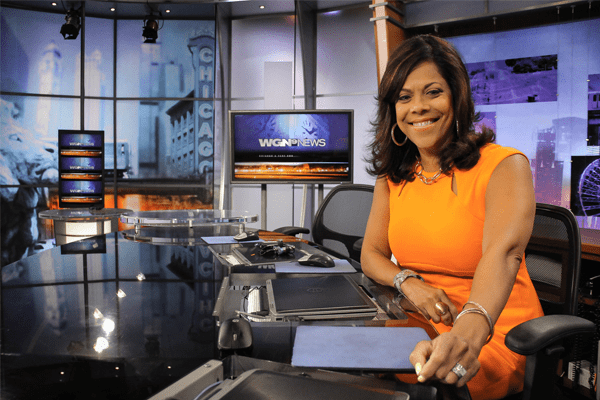 Who is Micah Materre’s husband? Does the couple have any children?

Reporter Micah Materre is a married woman. How do we know? Micah has been very open about her personal life in her social media accounts. She posted a picture of herself with her husband on her Twitter account in 2013. In the caption, Micah shared that she was having an “a-MAZE-ing night near the lake tonight with hubby”.

Having at a-MAZE-ing night near the lake tonight
with hubby !!! pic.twitter.com/3YxDLWR6E3

After some digging, we have found that Micah Materre is married to her husband Kelvin Michael Jackson. Jackson is known to be working for WJBK-TV as a photographer and editor. The couple got married in June 1995. Not only are the couple married but also have children together.

Micah Materre called out her husband Kevin for being “a great partner and phenomenal father” during Father’s day through her twitter account. The couple has a daughter and a son.

Happy Father’s Day to my wonderful husband. A great partner and Phenomenal father!!!

How is Micah Materre’s personal life going on? How is she managing her professional life?

Micah shared about her personal life where she revealed about her married life with husband and kids. Micah shared that she had not started her family untiles she got to Chicago. She planned of getting married in a place she knew she was “going to be for a while” and when she had a “position” that she was happy with.

Micah also revealed that she has a babysitter to arrange during the times she is not at home. Also, she has told her babysitter that she would call anytime in the night t check on the kids. In 2015, we saw the picture of her entire family when she posted it on twitter. The picture saw Micah’s father and mother posing along with Micah’s kids. Not only in Micah busy on her career but also has time to share the love with her family.

At the age of 55, Micah is a huge inspiration to women of her age who wants to balance their lives as perfectly as Micah does. She is currently working as a commentator and also is an exceptional wife and mother!